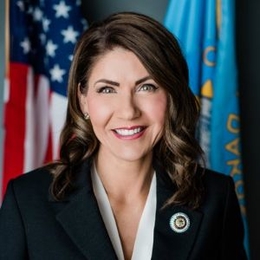 There is no doubt Current Governor of South Dakota Kristi Noem became one of the Highlights of Day three of the Republican National Convention(RNC) when she claimed that angry mobs Overrun the Democratic-run cities in her speech.

The current governor of South Dakota and President Trump ally Kristi Noem was born on November 30, 1971. As of August 2020, she is 48-years-old. 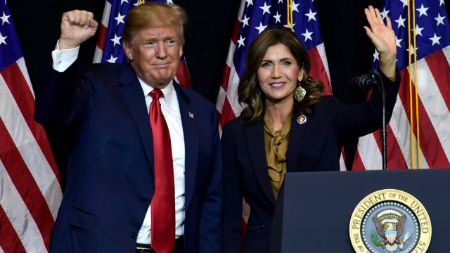 Kristi's parents Ron Arnold and Corinne Arnold, raised her and her siblings on the family ranch and farm in rural Hamlin County of South Dakota. She is a Evangelical Christian and Caucasian in Ethnicity.

Kristi Noem's Married Life: Know about her Husband and Children

There are not many instances of young love transforming into marriage, especially a sucessful one. However, Noem's marriage is one such story where the young love finds its happily ever after.

Kristi tied the Knot with Bryon Noem in 1992 when she was just 20-years-old and a college student. After the marriage, she faced some tough times as well as gained many achievements, including the honor of being South Dakota's first female governor. In all these good and bad times, Her husband Bryon has always been the constant support. The couple currently resides on her ranch in rural Hamlin County.

Kristi Noem was elected as governor of South Dakota in 2018 and currently holds that position. As a governor, she earns a annual salary of $118, 728. Before that, she was a member of the House of Representatives from South Dakota and made, on average, $174,000/year. In addition to that, Noem, along with her siblings, is managing their family ranch since their father's death in the 1990s. 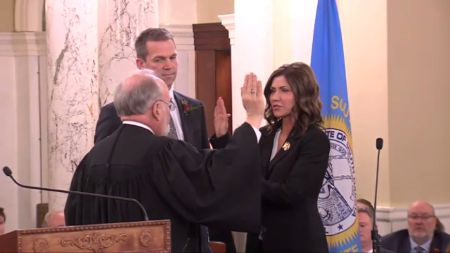 Kassidy Noem is the eldest child of Gov. Kristi Noem with her husband Bryon Noem. She has a younger brother and sister.

Kennedy Noem is the second daughter of Kristi Noem. Kennedy has a elder sister and a younger brother.

Booker Noem is the only son pf, Gov. Kristi Noem. He graduated from high school in 2020.