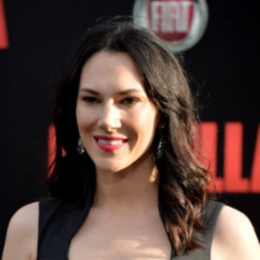 Kyra Zagorsky is an American television and film actress best known for her role in the tv series Helix. She stepped into the entertainment fraternity in 2004 and has starred in shows like Pastor's wife and Supernatural. She has also tried her hands at writing, producing, and directing short movies.

Is Kyra Zagorsky Married? Who's Her Husband?

Kyra Zagorsky has been happily married to Patrick Sabongui for a decade. Her husband, Patrick, is a Canadian stunt performer, theatre actor, and drama teacher. Sabongui is also famous as David Singh in the C.W. series The Flash. 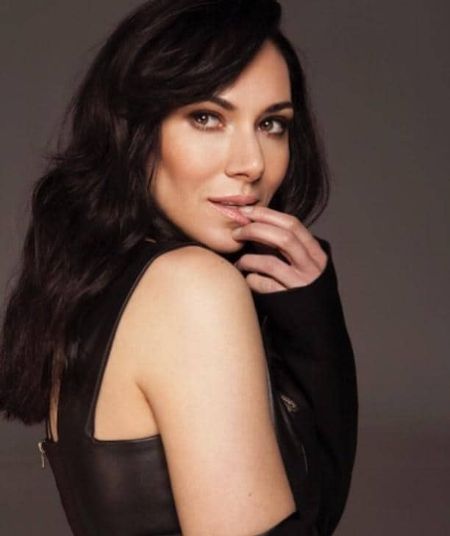 Zagorsky tied the knot with her long-term partner on August 5, 2002, in a lavish ceremony. In addition to family members, the Smallville alum is a mother to two children. She spares her time living between Los Angeles and Vancouver with her family.

Who Are Kyra Zagorsky's Kids? Are They in The Showbiz Too?

As mentioned above, the Imperfects star, Kyara Zagorsky, shares two kids with her partner. Her first child was a son, Bodhi Sabongui, in 2007, while her second kid is a daughter, Ashe, Alexandria. Her son Bodhi is following in the footsteps of his parents and is already an accomplished actor.

The teenager's most recent work is in the DC film Black Adam, where he portrayed Amon Tomaz. Likewise, he starred alongside Hollywood and former WWE superstar Dwayne Johnson.

Talking about the celeb's youngest, Ashe, is also an actress. The young lady's known work include 20 Minutes to Life, The Prince, and A Family Thanksgiving.

Kyra Zagorsky has an estimated net worth of $1 million as of 2022. On average, an American actor makes around $35,000 to $70,000 annually. But Kyra surely earns much more than that, presumably in hundreds and thousands of dollars. Some of her highest-grossing shows include Helix, Supernatural, and Pastor's Wife. 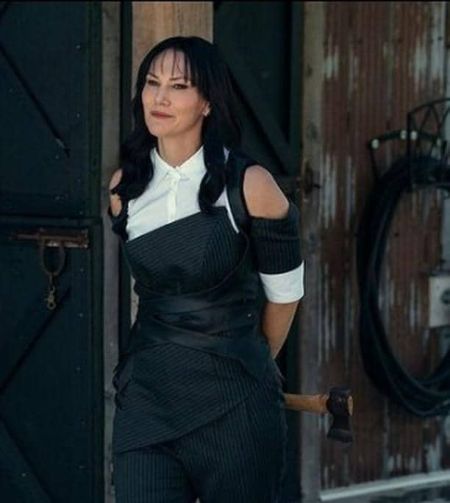 Zagorsky has been enjoying an extravagant lifestyle with her husband and child in the United States. A Family Thanksgiving cast shares a beautiful two-bedroom home and car with her beau.

Kyra Zagorsky made her debut in the 2004 film Power Corps as a Trish. In 2006, she played three films, such as Green Season. In early 2012, Zagorsky appeared in The Vessel, The Closet, and Chained movies.

She made a guest appearance in the final episode of the SyFy series Continuum. Subsequently, Kyra received an offer to star in Supernatural as Randa, Stargate: Atlantis, Stargate Universe S.G.U., and T.N.T.'s Falling Skyes. From 2015 to 2017, Kyra Zagorsky starred in Home Invasion, Vendetta, and S.W.A.T.: Under Siege.

Check out Kyra Zagorsky and Dean Winchester in Supernatural!

Later on, Zagorsky landed a significant role in the award-winning web series Divine. In December 2012, Kyra landed a leading role in the movie The A.B.C.s of Death, a 26-chapter anthology. The film premiered at Toronto International Film Festival and in the zombie horror movie Toxin 3D.

In 2012, Zagorsky starred in the Canadian SyFy series Continuum opposite Luvia Petersen, Omari Newton, and Rachel Nichols. Her most recent project includes The Imperfects as Isabel Finch.

Kyra Zagorsky has a slim hourglass-shaped body measuring 33-24-35 inches. She is a tall lady standing at 5ft. 8ins (1.73 m) and weighs around 55 kg. The starlet maintains her figure by taking healthy diets and going gym.

The Supernatural star has wavy black hair and alluring brown eyes. Kyra has a well-maintained body and clear glass-like skin despite being in her 40s.

Kyra Zagorsky was born on June 6, 1976, in New York, United States. The starlet spends most of her childhood in the mountains in a small town in Colorado. Growing up in the outdoors, Zagorsky was interested in dance and athlete while at school.

Zagorsky started acting in her senior year of college. She auditioned for the school musical and was offered one of the leads. Regarding academic qualifications, Kyra obtained her B.F.A. degree from Southern Oregon University. In 2006, The N.Y.C. native earned an M.F.A. from the University of California Irvine.

Patrick Sabongui and Kyra Zagorskye are happily married for more than a decade. The love birds tied the knot in 2002.

Patrick Sabongui and Kyra Zagorskye welcomed their second child Bodhi in 2006. He is an aspiring Canadian actor.