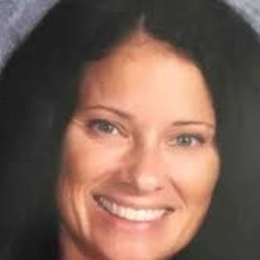 If you have watched the American reality TV series, 'Dog the Bounty Hunter,' then surely you must be familiar with its main cast, Duane Chapman, as Bounty Hunter. We will be talking about his first wife, La Fonda Sue Honeycutt, in this article.

La Fonda Sue Honeycutt and the reality TV star Duane Chapman shared their wedding vows on April 1, 1972, in her hometown of Pampa, Texas. In the matrimony ceremony, it was beautifully organized with the presence of some of their friends and family. Bounty Hunter used to be a part of a biker gang titled 'Devil's Disciplines' before their marriage. On those days, he was a convicted 'felon' rather than a Bounty Hunter. 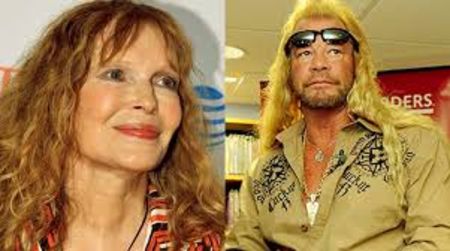 Now, let's move back to their married life. The former couple welcomed two sons. Firstly, Honeycutt bore their prodigy son, Duane Lee Chapman II, on January 21, 1973. Almost four years later, she gave birth to Leland Blaine Chapman on December 14, 1976. Everything was going well in their married life before jeopardy took place in Chapman's life. As a matter of fact, he was involved in the first-degree murder case in 1976, for which Duane was sentenced to five years of imprisonment in Texas.

Did Bounty Hunter Commit The Murder? How Much Did He Spend in Jail?

The 'Devil Disciplines' member apparently explained the whole incident. According to Chapman, his friend was trying to buy marijuana while he was waiting inside the car. Then, his friend shot the dealer called Jerry Oliver after having struggled to deal with him. 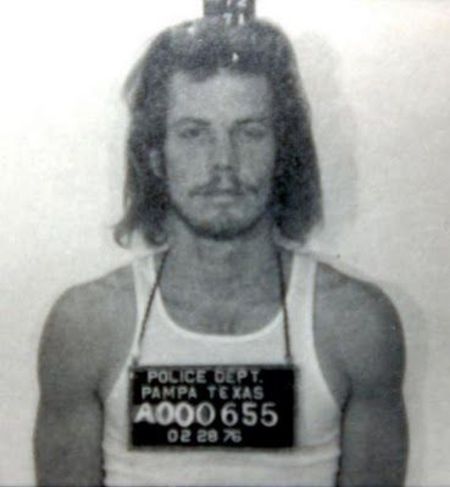 Duane Chapman was convicted of a murder case.
SOURCE: Pinterest

Subsequently, Duane served time in the Texas State Penitentiary located in Huntsville, Texas, for 1.5 years. Meanwhile, his wife, La Fonda, filed a divorce from him, and they officially separated on October 27, 1977. Following her divorce from Chapman, her kids were prohibited from seeing their father for many years.

However, for the sake of boys, when they were 11 and eight years old, La Fonda and Duane started rebuilding their relationship. But when they became teenagers, La Fonda was unable to take care of her boys, so Chapman obtained their custody.

What Did Sue Honeycutt Do after Her Divorce from the First Husband? Who Is Her Second Husband?

At the time Fonda Sue split up with Duane Chapman, she had two small kids with her. She needed someone's support. So the mother-of-two tied the knot with her best friend, Jim Darnell, in 1977. From her second wedding, Duane's ex-wife gave birth to two daughters, Hannah Dawn Darnell, in 1979, and Britney Lynn Darnel in 1982. 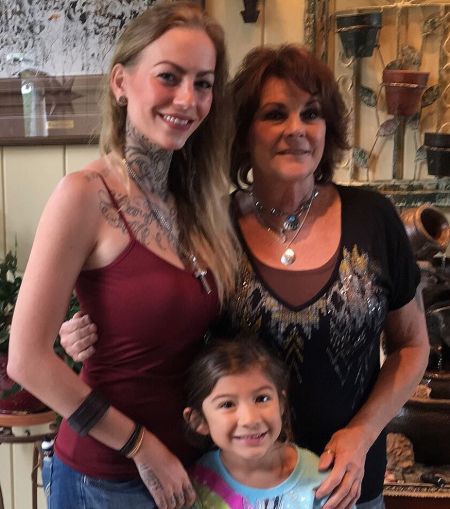 Her life thus turned for the better as since then, the mother of four has been living happily with her family. Besides, she has four grandkids: Dakota Chapman, Cobie Chapman, Leiah Breanna Chapman, and Dylan Chapman. Whereas, ex-husband Daune has recently engaged to his new girlfriend named Francie Frane following the death of his fifth wife, Beth Chapman, on June 26, 2019.

Moving more behind Honeycutt's background, she grew up in Pampa Texas and did her schooling at Pampa High School. Clearly, Honeycutt grew up in a big family and certainly had a fun memory growing up with nine other siblings.

While we talk about the career of 67-year-old Honeycutt, there is nothing much to convey. But, she is the first wife of Bounty Hunter; definitely, many questions have been raised by lots of his fans about her. To tell you the truth, she is not active on any social media platform, including Instagram, Facebook, and Twitter. We have to admit that she prefers to live a low prefer a low-key life. 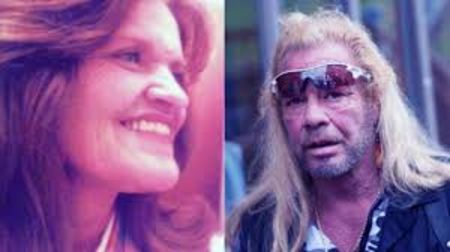 Duane Chapman had to pay $500,000 as child support to his first wife.
SOURCE: People

Talking about her earnings and net worth, La Fonda has kept such information behind the curtains. Also, the details of her profession are still under wraps. But, previously, it was reported that Chapman had to pay her $500,000 in terms of child support. As a matter of fact, Chapman holds a net worth of $6 million.

Apart from this, her second son, Leland, is doing great in his life as a bail bondsman and TV personality, through which he has already gathered earnings of $2 million, as of 2020.

Stay in touch with marriedwiki.com for more new Gossips, Wikis, and News.

Duane Chapman is the reality TV star, famously known as Bounty Hunter. He married La Fonda in the early 70s and filed for divorce after five years when he was in prison. With her, he has two sons.

Jim Darnell is the best friend of La Fonda and later they got married after she left her first husband. He has two daughters with her.

Duane Lee Chapman II is the first child of Honeycutt with Chapman. He is 47 years old as of now.

Leland Blaine Chapman is the second child of La Fonda with the TV star. He is now married to a beautiful woman named Jamie Pilar Chapman.

Hannah Dawn Darnell is the third child of La Fonda and first with her best friend husband Jim Darnell. She is now 41 years old.

Britney Lynn Darnell is the youngest child of La Fonda with her second partner, Jim. She is 38 years old as of now.