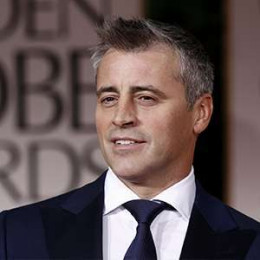 Actor, comedian and television host, Matt LeBlanc is the son of Patricia, an office manager, and Paul LeBlanc, a mechanic. In 1985, he graduated from Newton North High School, Newton, Massachusetts.

LeBlanc first worked in a 1987 'Heinz Tomato Ketchup' commercial. On 24th October 2016, he starred in CBS' new sitcom 'Man with a Plan'. In September 2016, he signed a new two-year deal to continue hosting 'Top Gear'

After the divorce, LeBlanc began dating Andrea Anders, an actress. The couple met while filming the short-lived sitcom 'Joey'. A representative for the pair confirmed the couple had split in January 2015.

Matt LeBlanc was born on 25 July 1967 in Newton, Massachusetts to the family of Patricia (née Di Cillo) and Paul LeBlanc. His mother worked as an office manager while his father was a mechanic.

He studied at Newton High School and completed graduation in 1985 with comedian Louis C.K. He moved to New York at the age of 17 to pursue the modeling career.

LeBlanc made his career debut performing in a Heinz Tomato Ketchup commercial in 1987. In 1988, he got chance to star in a TV drama TV 101.

LeBlanc received wide recognition all over the world playing the role of Joey Tribbani on Friends. He continued playing the role for over 12 years (10 seasons of Friends and 2 seasons of Joey) alongside Jennifer Aniston, Courteney Cox, Lisa Kudrow, David Schwimmer, and Matthew Perry.

Meanwhile, he starred as a fictional version of himself in a BBC/Showtime TV series in 2011. He performed in the CBS sitcom Man with a Plan in 2016.

He appeared in the second episode of the 18th series of Top Gear in February 2012. Later, BBC announced that was one of the new presenters on the very show. He signed a two-year deal and stayed in the show until May 2018.

Some of his movies include Lovesick, Jonah Hex, and The Rembrandts: I'll Be There for You.

He won an additional People's Choice Awards in the category of Favorite Actor in a New Television Series in 2017 for Man with a Plan.

For his performance in the BBC/Showtime comedy series Episodes, he won a Golden Globe Award with four Emmy nominations.

LeBlanc has an estimated net worth of about $60 million. He was selling his Pacific Palisades Spanish villa for $8.75 million. He originally paid $7.4 million for the residence. In 2012 he also rented out the property for $12,995 per month.

LeBlanc was previously married to American model Melissa McKnight in May 2003. They were first introduced in 1997 by her friend Kelly Philips; wife of actor Lou Diamond Philips.

They welcomed their daughter Marina Pearl in 2004. She began suffering from seizures when she was eight months old. Later, the condition was thought to be a form of dysplasia.

Matt was also the step-father to Melissa's kids from her previous relationship Tyler Esposito and Jacqueline Esposito. 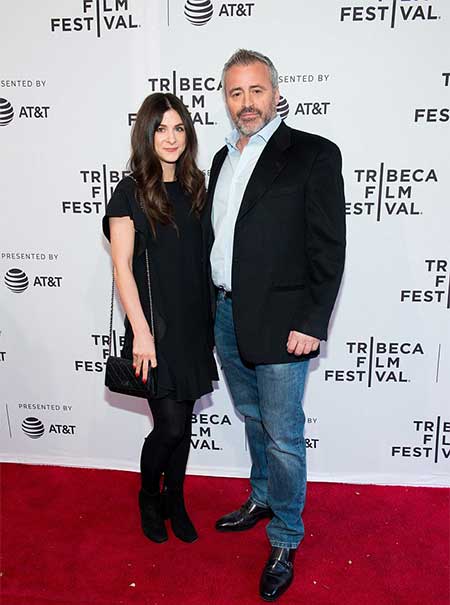 After facing some personal differences, the couple separated on 1st January  2006. They filed for divorce in the month of March the same year citing irreconcilable differences. The divorce was finalized on 6 December 2006.

After the official separation, the star dated actress Andrea Anders but they broke up in 2015.

In March 2018, LeBlanc confirmed his relationship with Aurora Mulligan. They first met back in 2016 when he joined the car show Top Gear where Mulligan worked as a producer.

He wished Mulligan a very 'Happy Birthday' posting an adorable image of the lady via Instagram.

He is quite open about his relationship with Mulligan and his fans are waiting to see the duo getting married soon.

The pair stepped out together publicly for the first time at the 2017 Tribeca Film Festival in New York.

Matt LeBlanc married Melissa McKnight, a former model in May 2003 .On 1st January 2006, LeBlanc and McKnight were separated.

Their daughter Marina Pearl LeBlanc was born on 4th February 2004.