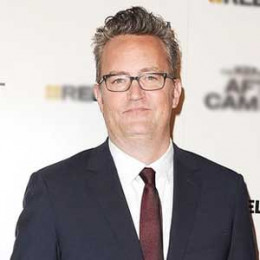 Matthew Langford Perry is a Canadian and American actor plus screenwriter best known for his role as Chandler Bing in NBC sitcom Friends. He has played in an array of films and short-lived TV series. Perry is the successful actor whose skillful work is still praised by all.

Matthew Perry was born Matthew Langford Perry on 19 August 1969 in Williamstown, Massachusetts. He is the son of an American actor John Bennett Perry and Canadian journalist, Suzanne Langford.

Perry grew up in Ottawa, Ontario. He developed a keen interest in tennis when he used to live with his mother. Besides, was a top-ranked junior tennis player in his teenage days.

After the divorce of his parents, Perry used to live with his mother but later went on to live with his father in Los Angeles. With the influence of his actor father, his passion shifted to acting. Perry holds both Canadian and American citizenship from his mother & father.

Matthew began his career with guest appearances on television shows. He made his debut with 'A Night in the Life of Jimmy Reardon' in 1988 while still in high school in a supporting role opposite River Phoenix.

His name and fame rose after appearing in the popular sitcom Friends from 1994 to 2004. In the series, he played alongside Jennifer Aniston, David Schwimmer, Matt LeBlanc, Lisa Kudrow and Courteney Cox. He received an Emmy Award nomination and won the Screen Actors Guild Award and Teen Choice Award for his mesmerizing performance in Friends. 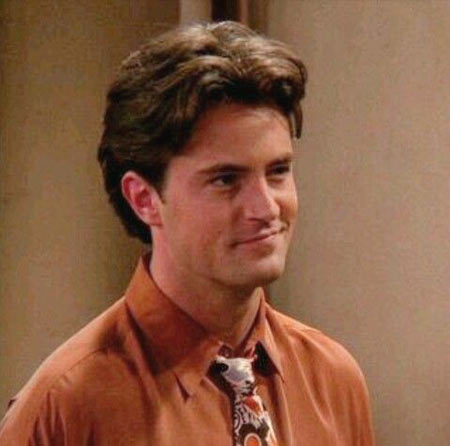 Matthew played his first big-screen lead in romantic comedy Fools Rush In opposite Salma Hayek. He also played a lead role in the films and series such as ‘Second Chance’, ‘Birds of America’ and ‘The Ron Clark Story’. Perry also appeared in 2000 adventure crime comedy ‘The Whole Nine Yards’ alongside Bruce Willis, Amanda Peet, and Michael Clarke Duncan.

One of the amazing actors Matthew has an estimated net worth of $70 million and $80 million according to The Richest & Celebrity Net Worth respectively. He is one of the successful actors of the industry and charged $150,000 per episode for his appearance in the series, Friends. As a successful star of Hollywood, he earns a good sum of money from his profession and lives a luxurious life.

In 2013 he put up his Hollywood Hills house on sale for $4.6 million and in 2014 the value of his Sierra Towers condo was $2.8 million. His Malibu house is currently in the market for $12 million.

He earned a huge income from some of his projects. For Fools Rush he grabbed $1 million, for Three to Tango he earned $2.5 million, for The Whole Nine Yards he took home $3 million and lastly in 2004 he earned $5 million for his appearance in The Whole Ten Yards.

The handsome actor Matthew Perry has not been married but has dated several women. He previously had an affair with popular actresses including Julia Roberts for a year in 1995. He dated Lauren Graham, and Baywatch star Yasmine Bleeth as well. Perry was in a six-year relationship with actress Lizzy Caplan in the year 2006.

However, their relationship didn’t last long and the couple split in 2012. The reason behind their break up was said to be his denial to get married. There are no reports on his current relationship status. There is news that he is dating girls who are a look-alike of Courteney Cox. 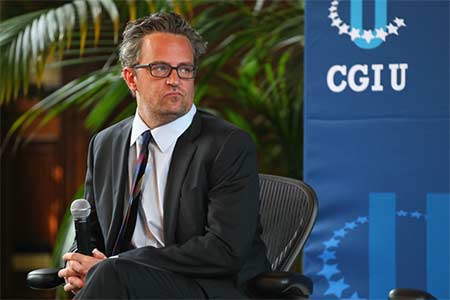 He has been battling with alcohol & Vicodin painkiller addictions and has been to two rehab stints in 1997 & 2001. There has been a huge change in his physical body and due to pancreatitis lost 9 kg weight in 2000. To help people with the drug addiction he became the spokesperson of the National Association of Drug Court Professionals. He went to Capitol Hill to hire the members of Congress in order to find funding for drug courts. For his effort, he was honored with a Champion of Recovery Award in May 2013.

Here is a video of actor Matthew Perry on the show, The Tonight Show Starring Jimmy Fallon.