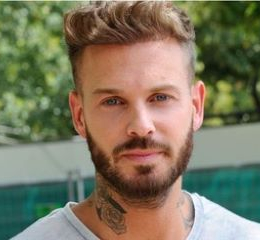 French singer-songwriter Matt Pokora is one of the rising superstars of France. Coach of The Voice Kids France and The Voice: la plus belle voix, Matt came to prominence after hit solo singles like 2006's "It's Alright," "Belinda," and "Cette annee-la."

French musician Matt Pokora is currently dating his longtime girlfriend Christina Milian. Christina is an American actress as well as a singer. Furthermore, the lovebirds started dating back in 2017 and henceforth are inseparable.

The pair share quite a strong bond and are supporting to one another in good as well as bad days. Moreover, no news regarding their break up or split has come till this date. What's more, Matt and Christina happily gushed the news that they are expecting their first baby in 2020 through their Instagram!!!!!

Matt was previously in a relationship with his fellow dancer, Scarlet for almost one and half year. They first met on stage as a member of the musical Robin Hood. The former couple were living a passionate relationship however, they decided to part their ways on October 2015.

Apart from Pakora, Christina dated several men in the past like member of the duo Cool and Dre, Andre Christopher Lyon, rapper Lil Wayne, entrepreneur Jas Prince and so on. Likewise, she was previously married to Nick Cannon for two and a half years and the rapper The-Dream with whom she shares nine years old daughter Violet Madison Nash.

How Much Is The Net Worth Of Matt Pokora?

Matt Pokora holds the net worth of around $1 million all thanks to his lucrative career as a singer. In addition, the average salary of a singer in France is $58210.56 per year. So considering his career graph, Matt earns like any other singer.

Pokora started his singing career back in 2001 however he only gained popularity after winning the show Popstar and joining the band named Linkup. After splitting with his band, Matt released many hits like M. Pokora, Showbiz (The Battle), Pas sans toi, Player and so on.

Matt also earned a good sum from his acting career. He played the role of Duncan Rosenblatt, the main character of Firebreather, in the French dub of the Cartoon Network movie back in 2011. Likewise, he also made an appearance in Robin des Bois as Robin Hood in the comedy musical.

With his handsome looks and dashing personality, there is no doubt the 33 years old good fortune from brand endorsements, advertisements and so on. Similarly, he garners $4,200 - $7,000 per promotional post on his Instagram account.

Matt is also involved in many charities particularly HIV/AIDS and children charities. Moreover, he was involved in Chanter qu'on les aime, Protège-toi for Aids, Et puis la terre.. for tsunami victims and many more. 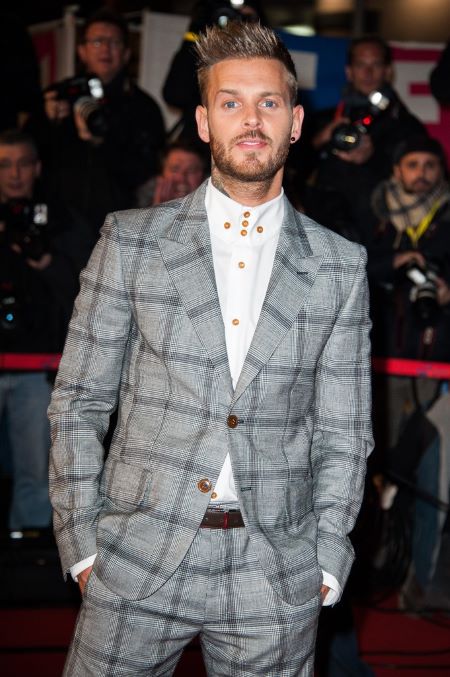