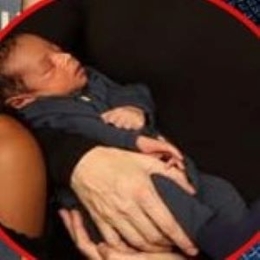 Max Charles Murphy is the tenth child of the veteran comedian and actor Eddie Murphy. He shares the child with fiancee model Paige Butcher. He is the second child of the couple.

Son of Eddie Murphy and His Partner Paige Butcher

Max Charles Murphy's parents are actor Eddie Murphy and model and actress, Paige Butcher. The pair started dating in 2012 after meeting on the set of the movie "Big Momma's House 2".

The couple's first child Izzy Oona Murphy was born on 3rd May 2016 after four years of the relationship. Two years later, in August 2018, Miss Butcher was spotted with a baby bump out in Los Angeles. 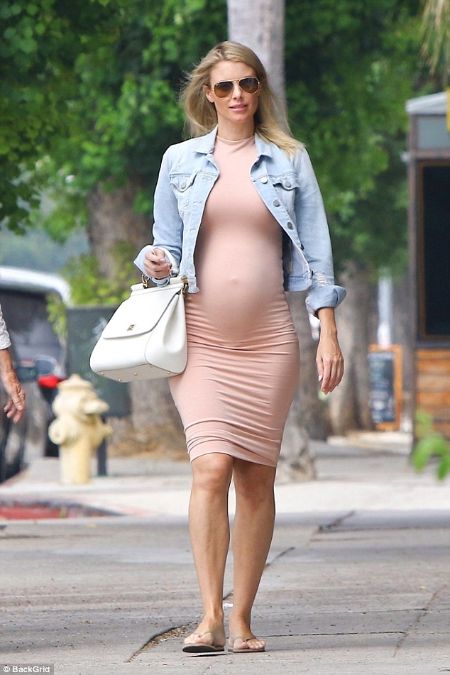 Paige Butcher as spotted with a baby bump back in August 2018. SOURCE: Daily Mail

After the picture became viral, the celebrity couple admitted that they are expecting another baby. They stated that they wished for a younger sibling for their daughter.

One month later, on September 2018, while Butcher was shopping, she revealed that it is going to be a boy, and two months later, on November 30, 2018, Max Charles Murphy was born. At the time of birth, he weighed six lbs., 11 oz., and measured 19 inches long. 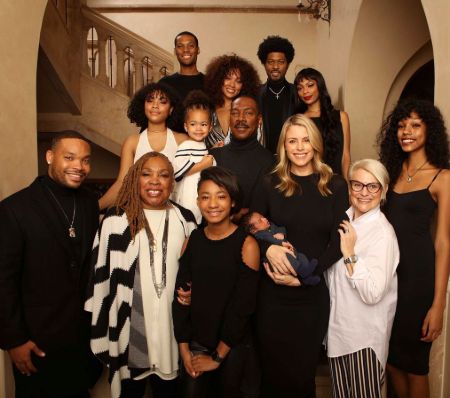 Max Murphy with all his siblings. SOURCE: Adom Online

Since Max's parents like to keep a low profile, they do not share pictures of him regularly. The only time he came into public was when he was clicked alongside his nine half-siblings in the family photo of Christmas 2018.

Is the Youngest of Nine Siblings

Max has one sister named Izzy Oona Murphy, who is two years older than him. Furthermore, from his father's past relationship, he has eight half-siblings. 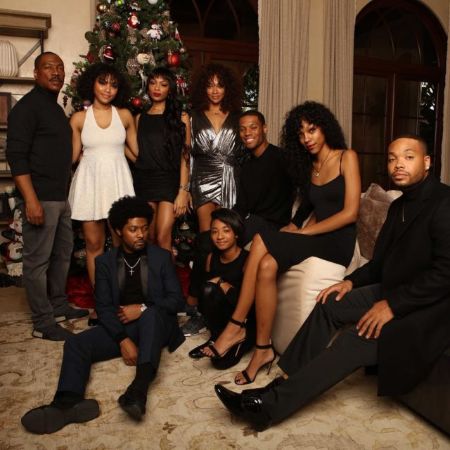 Max Charles Murphy's all half-siblings with their father.SOURCE: BCK Online

The youngest Murphy's other half-brother Christian Murphy and Angel Murphy are born from his father's affair with Tamara Hood and Mel B, respectively.

Child of One of the Richest Actor

Max is one blessed person as he is born to one of the wealthiest celebrities in Hollywood. His father, Eddie Murphy, is an actor, comedian, producer, and director and boasts a total net worth of $200 million.

Murphy is best known for his roles in Coming to America, Beverly Hills Cop, Norbit, Shrek, Trading Places, Life, and The Haunted Mansion. Not to mention, his movies have become enormously successful and earned millions at the box office. For instance, Vicky Jenson directed Shrek where Murphy worked with Cameron Diaz and Mike Myers, was a box office success of $487.9 million.

Max currently lives in a 40,000 square-foot mansion that has 32 rooms, a large pool, tennis court, and bowling alley. The total price of the house is estimated to be $30-$40 million. 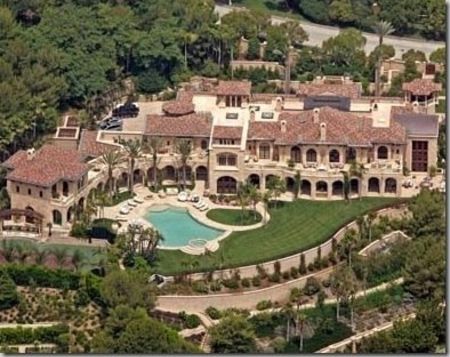 Also, Max's mother, Paige, is a model and actress and boasts a total net worth of $200,000. She is most famous for her work in movies "Something's Gotta Give" and "Big Momma's House 2."