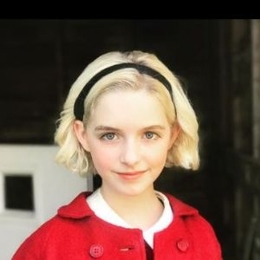 Mckenna Grace is an American child actor. She is popular for her recurring roles in Ghostbusters: Afterlife, Gifted, The Handmaid's Tale, Once Upon A Time, I, Tonya and Malignant.

Mckenna Grace is very young to fall in any relationship, which might be why she attains her all focus towards her education and career building. The child artist is neither romantically linked nor spotted with any boys to this date. 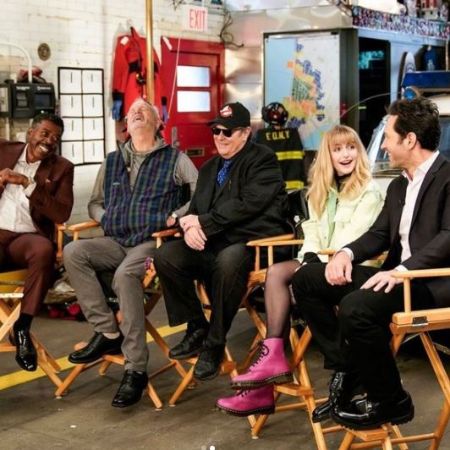 As of now, Grace, 15-year old, is living with her parents. At present, Mckenna is working on her upcoming series while trying to take some time for her studies. In her free time, she hangouts with friends and loves to spend time with her family.

At just 15 years old, Mckenna Grace has been starred in over 50 movies and TV Shows. Between landing role as a young Brie Larson in 2019's Captain Marvel and as a young Margot Robbie in Oscar-Winning I, Tony;$365 million-grossing film.

Check out the music video of Mckenna Grace's Haunted House.

In addition to playing younger versions of actress, Mckenna appeared in multiple leading roles, including the 2017 feature Gifted alongside Octavia Spencer and Chris Evans. Recently, she landed in one of her biggest roles as Phoebe Spengler in the Ghostbusters: Afterlife.

Grace stars alongside Paul Rudd, Finn Wolfhard and Carrie Coon in the sequels movie of Ghostbusters I and Ghostbusters II. With many blockbuster projects being credited to her name, one can assume that she's worth a net worth of around $300,000. 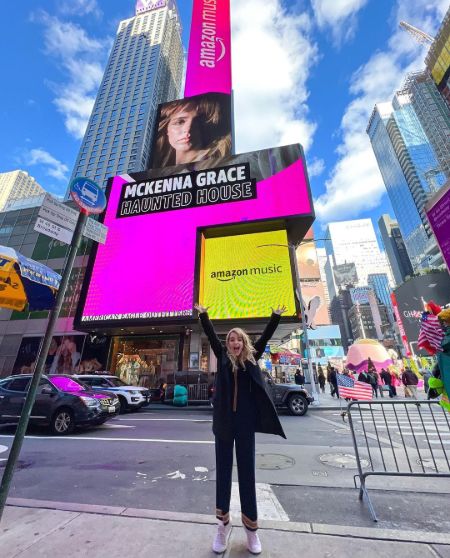 Mckenna Grace at the Time Square with Haunted House board. SOURCE: Instagram(@mckennagraceful)