Savannah Guthrie who is a famous television reporter and a journalist has been doing pretty good with her life. She has worked at different big news channels like ABC, WRC-TV, NBC. She was divorced from her ex-husband Mark Orchard and is now married to Michael Feldman. Is she happy with Michael? Does she have any children? Let's see what we know about the versatile reporter!

The famous journalist and a TV reporter, Savannah Guthrie has risen to fame due to her hard work and dedication and is loved by people. She had a tragic split with Mark Orchard in the past but is now happily married to Michael Feldman.

How is Savannah doing with her marriage? Is Michael her love of the life? Let's see what we know about the famous journalist so far.

Savannah Guthrie Married to Michael Feldman? Has a child as well?

Savannah is one of the best journalist and a TV reporter of America who is loved by her people for her work and charming attitude.

Savannah is having a loving married life with Michael Feldman. The couple got engaged in May 2013 and tied the knot with on 15th March 2014. The duo has been together for nine years now and has two children. 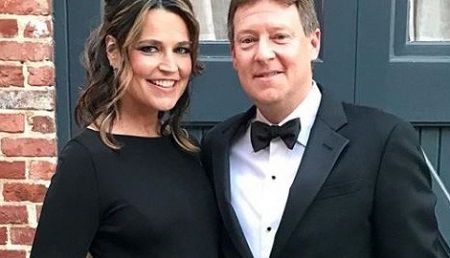 Savannah and Michael got engaged after 4 years of togetherness
Source: WagCenter

Feldman is a public relations and communications consultant and a former Democratic political adviser as well. The couple met at Michael's 40th birthday party according to People magazine.

The couple was on vacation in Turks and Caicos when Michael got down on his knees and proposed to Savannah. However, Savannah did not know until she saw the box. She said,

"He actually got on one knee and I still thought we were just talking. Really, honestly. And then, he brought out the box and then I didn’t open it for a long time cause I was just overcome,"

The couple got married on 15th March 2014 in a small ceremony with less than 100 guests near Savannah's hometown of Tucson, Arizona.

The bride wore an empire waist lace gown by Monique Lhuillier and carried a bright bouquet of orange and pink flowers. 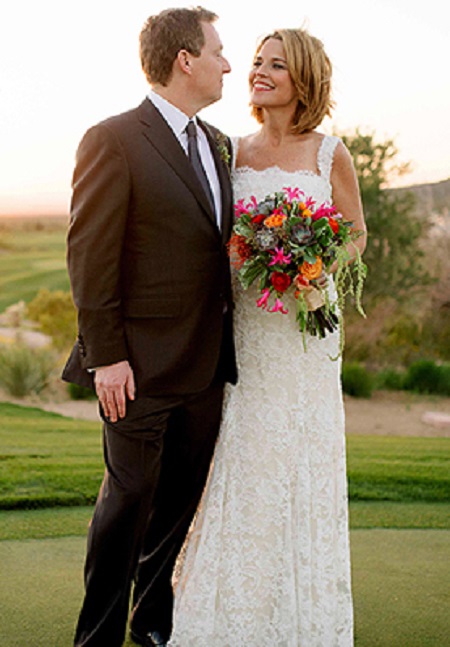 Savannah and Michael got married in 2014
Source: CelebrityBrideGuide

During their wedding, she and her husband surprised the guests with an announcement that she was 4 months pregnant.

They have two children, older daughter Vale, and younger son Charles. Vale was born on 13th August 2014 and Charles was born on 8th December 2016.

Before Vale was born, Guthrie wrote a special Father's Day article about Feldman and the various traits she hopes her children get from him. 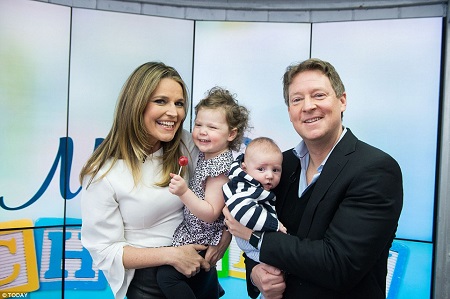 Savannah and Michael with their children
Source: DailyMail

Seems like the couple is happy and living a healthy relationship with each other without any news of divorce between them.

Savannah Guthrie's Past Affairs: Was Married to Someone Before?

Savannah was divorced from the former-BBC journalist, Mark Orchard.

Savannah had a loving relationship with Mark Orchard. They tied the knot in 2005 after dating for some months in December and were married for 4 years but unfortunately, they had to get divorced. 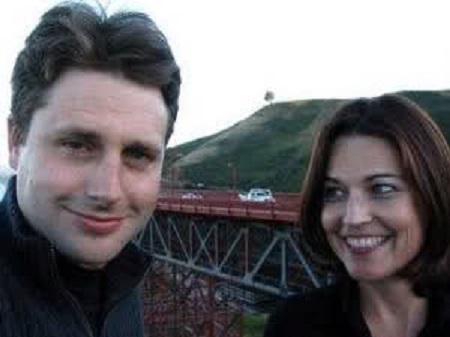 Savannah's Career: How it all started for her?

The versatile woman started her career by working in ABC channel for two years when she was offered a job by NBC in 1995.

She worked at NBC for five years was already famous for her work. Then she joined WRC-TV in Washington DC and again in 2007, she signed with NBC as a legal correspondent. 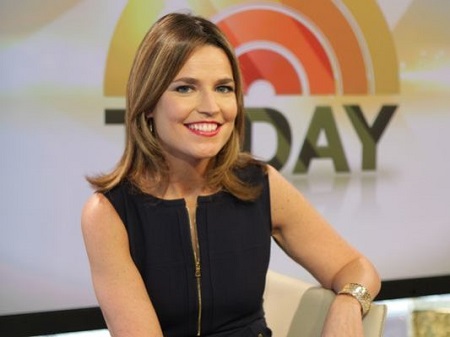 She had done great in her career till now and is loved by the people of America. 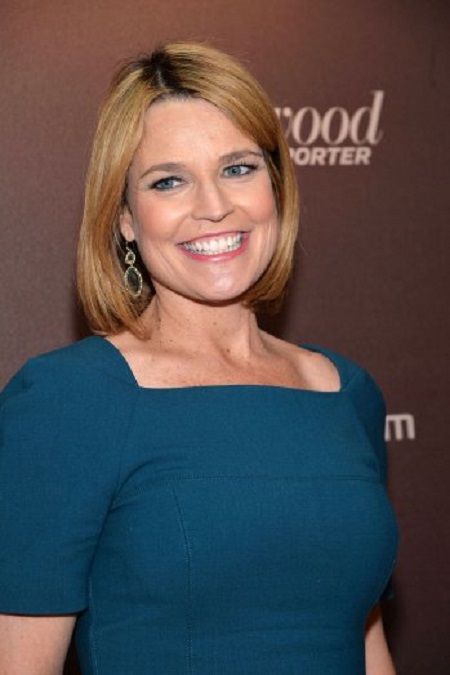