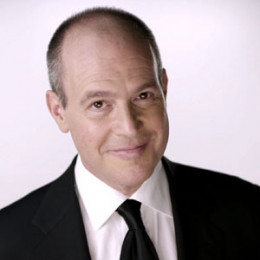 Richard Eisen, famous for his name Rich Eisen, is an American television journalist. He works for NFL Network, CBS Sports, and NBC Sports. Also, he is a TV/radio host for DirecTV, FOX Sports Radio, Sirius Radio and NFL Now. He has published a book, Total Access in 2007. Apart from journalism, he has made a cameo appearance in the sports movie, Draft Day. He raised money for St. Jude Children’s Research Hospital and was honored with the 2017 Pat Summerall Award and nominated three times for Sports Emmy Awards.

Rich Eisen was born on 24th June 1969 in Brooklyn, NewYork, USA. His father used to work as a counselor whereas, his mother was a member of a worker’s association.

He attended the University of Michigan and passed out with a degree in communication in 1990.

Later, he joined Northwestern University’s Medill School of Journalism earning a degree in broadcast journalism in 1994.

Rich started working as a staff writer for the Staten Island Advance from 1990 to 1993 and worked at the Chicago Tribune in 1992 and 1994. Then, he worked as an anchor and reporter at KRCR-TV in Redding, California till 1996 and started working for television as the Medill News Service’s Washington correspondent.

From 1996-2003, he worked for ESPN, where he became a part of a duo with Stuart Scott and become well known for his humor. There he hosted different reality show like Beg, Borrows &Deal, Major League Baseball on ESPN Radio, The Tony Kornheiser Show, The Dan Patrick Show and Domino Day.

His notable achievement was breaking the news of St. Louis slugger Mark McGwire’s retirement from the baseball in 2001 on SportsCenter, where he interviewed McGwire elaborating on the decision.

The same year, he debuted The Rich Eisen Podcast for NFL.com which featured guests from the world of sports and entertainment news talking about football and all the latest headlines. The podcast has been downloaded more than 7 million times and celebrated 200th episodes in 2013.

In 2014, he took over the noon 3 p.m. time slot on Fox Sports Radio from Jay Mohr. He also started a new sports talk TV/Radio show, The Rich Eisen Show on 6th October 2014.

Moreover, he has made a recurring role as himself on the CBS sitcom The Odd Couple and has made a cameo appearance in the movie Draft Day, directed by Ivan Reitman that starred Kevin Costner, Jennifer Garner, Denis Leary, Frank Langella, Tom Welling, Sam Elliott, Ellen Burstyn, and Chadwick Boseman.

Eisen is married to Suzy Shuster, an American broadcaster and Emmy Award-winning sportscaster with ABC Sports, on 8th June 2003. The husband and wife are blessed with three children: son Xander and Taylor and daughter Cooper.

He along with his wife and children live near Coldwater Canyon in Beverly Hills, California.

Rich is one of the successful TV/Radio host and sportscaster. As per the resources, he earns an annual salary of $5 million from the NFL Network which adds up his estimated net worth around $20 million.

Rich Eisen married his wife, Suzy Schuster, on 8th June 2003. She is an American broadcaster and Emmy Award winning sportscaster with ABC Sports. The married couple is still together with no signs of divorce.

Xander is the first son of Suzy Shuster and Rich Eisen.

Cooper is the second child of Suzy Shuster and Rich Eisen.

Alexander is the youngest son of Suzy Shuster and Rich Eisen.