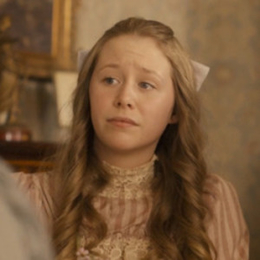 Remember Josie Pye who was such a bully to Anne in the CBC depiction of Anne with an E? She is portrayed by none other than the beautiful actress Miranda McKeon.

But, of course, Miranda McKeon is nothing like her character as Josie Pye. She is indeed this sweetest and the most gorgeous teenager, who would definitely win anyone's heart at their first meet. As of March 2020, Miss Miranda is only eighteen years old and achieved a lot, such as for being one of the coolest casts on Anne with an E that earned infinite fame.

McKeon, however, lives her life like any normal teenage girl out there. But, she is a great role model to her fans, a lovely daughter to her parents and a stylish Queen to her hundreds of thousands of Instagram followers.

The beauty Queen Miranda McKeon who spreads Miss American vibes hails from New Jersey. Currently based in Ridgewood, McKeon grew up with an elder brother named Sam McKeon who studied a semester in Australia. 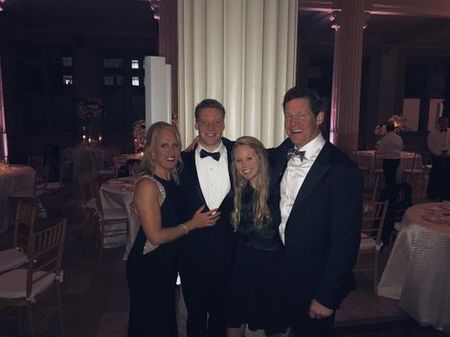 Although much isn't known about her family background, McKeon's father, Paul Mckeon, seems to be involved as an entrepreneur whilst mother, Jill McKeon, is a yoga instructor. A beloved daughter of her parents, she often shares lovely snaps of traveling with them and of course, with her best friend, Daniella Campos. She has also attended Women March events.

Miranda, who can be already marked as the next star in Hollywood, is also friends with her Anne with an E co-stars including Amybeth McNulty, Glenna Walters, Kyla Mathews and Lia Pappas-Kemps in real life. Not to mention, the blondie even made trips with them to different places such as New York, Toronto, and Ireland where McNulty lives. 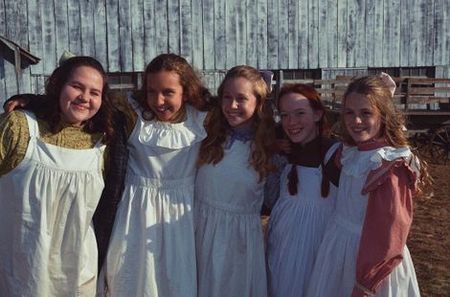 In the meantime, McKeon is single with no rumor of having a boyfriend. And, of course, not married. She is too young for that. But, one thing is sure, Miranda is going to break a lot of hearts.

Miranda Mckeon was not even sixteen when she was shortlisted for the role on the classic adaptation of Lucy Maud Montgomery. But, McKeon has been acting way before she was only ten. 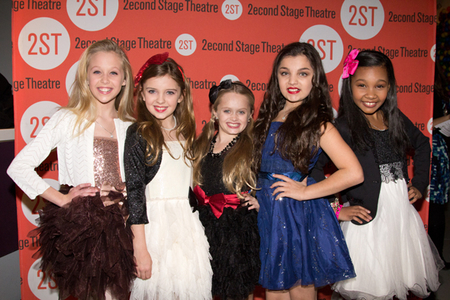 Miranda McKeon as one of the casts of musical Little Miss Sunshine in 2013. SOURCE: Theater Mania

Truly destined to be in the entertainment field, McKeon was one of the beauty pageants on Little Miss Sunshine, a musical play by James Lapine and William Finn which was performed in Second Stage Theatre in New York in 2013. Miranda even says, being accepted for the play was one of the happiest moments of her life.

It was in her pre-teen years, Miranda grew passions to study musical theatre. Inspired by her mother, McKeon also has a thing for the fitness and wishes to teach Pilates in her near future. But, clearly, McKeon has been more active in the acting field.

And aside from Anne with an E co-starring Lucas Jade Zumann, Dalila Bela, Jonathan Holmes, Stephen Tracey, Ella Jonas Farlinger, Miranda is also known for her appearance in Little Boxes, a Rob Meyer directed-film which was released in 2016. Miranda, who already comes from a wealthy family can be estimated to have no less than $20,000 so far.