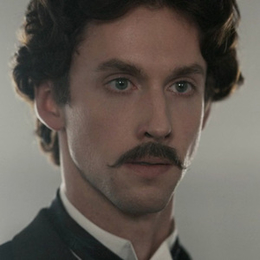 If you watched Stephen Tracey on Anne with an E, you probably wanted to beat his a**. Tracey is indeed the one who portrayed Mr. Phillips on the critically acclaimed CBC & Netflix hit show.

Stephen Tracey, however, is exactly the whole opposite of Mr. Phillips, a cruel teacher, in real life. Without the mustache, Tracey is super adorable, loving and hot too. And, anyone would be lucky enough to have this whole package as their partner.

So, Is Stephen Tracey Dating Anyone? Is He Married?

The Edmonton-born actor surely isn't a fan of sharing much intimate information of his personal life to the public. And, Tracey as an artist can be seen alongside a lot of attractive women, if you can be bothered to look at his Instagram. Tracey, however, never disclosed any dating details or considered the females as his girlfriend, though. 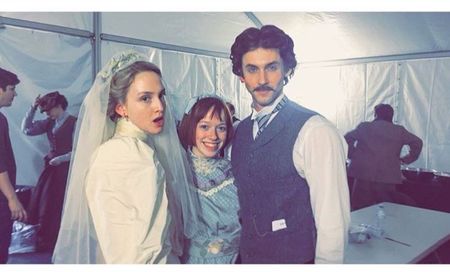 Stephen Tracey as Mr. Phillips alongside Prissy who was portrayed by Ella Farlinger. SOURCE: Pinterest

Stephen Tracey who stands at a height of 6 feet 2 inches is most likely to be single in the meantime nor he is married, as of March 2020. But, in Anne with an E, Tracey had an affair with co-star Ella Farlinger who played Prissy Andrews, one of Mr. Phillips's students, perhaps the oldest one. Prissy and Mr. Phillips even got engaged. Prissy, however, rejected him at the altar.

On the other hand, Tracey often shares pictures with his friends both males and females that can raise questions that Tracey can be dating any of them. In one of the pictures Tracey posted on his Instagram, he can be seen planting a kiss on a woman's head.

However, it's pretty certain that it was just a friendly kiss. But, until and unless Tracey is ready to open up about his relationship with his fans, they have no other options than to wait.

Before Stephen Tracey shifted his career into the acting field in 2014, the actor was involved as a model, photographer, and illustrator. Besides, Tracey is also a writer. The multi-faceted artist studied arts, specifically in sketches, in Victoria School of The Arts. 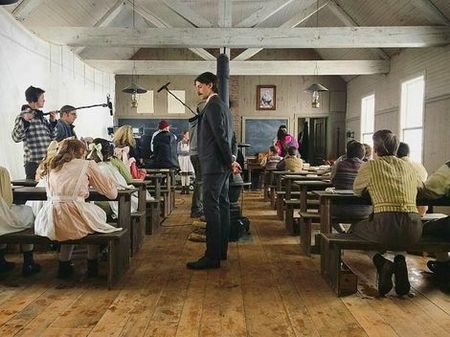 Stephen Tracey as Mr. Phillips on Anne with an E. SOURCE: Netflix

Following the development of his passion in acting, Tracey then joined The National Theatre School of Canada before he played minor roles in projects such as Untouchable, Prey, Priyanka Chopra starring Quantico where he played Pat McGuigan, Blink Twice, a short film called 501, and as Lord Thomas Campbell in the historical drama of CW called Reign.

The 'Model of the Season' nominee who is repped by Edna Talent Management makes a great income from his profession and at the age, he is worth to be more than $50,000.