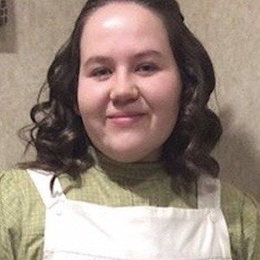 It has only begun for Glenna Walters who debuted through Anne with an E, also her breakthrough role as an actor.

A rising star, Glenna Walters is the next Canadian superstar. The actress was last seen as your favorite Tillie Boulter on Anne with an E that is streaming on Netflix. The critically acclaimed show concluded after premiering its third season. So, what's next for Walters?

Glenna Walters Currently A College Student; Who Is Her Boyfriend?

Needless to say, Glenna Walters already figured out what she wanted to do in life at an early age. Before finishing high school last year in 2019, Walters made it obvious she was definitely going to pursue a career in the acting field. After all, she was already a cast of a popular CBC show that shaped her future.

Not to mention, Miss Walters was so excited to begin her new journey that when she finished school, Glenna made sure to share the happy news on Instagram with a typical caption that read: "See ya never highschool !" 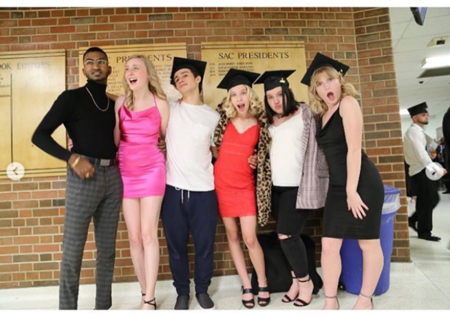 The pictured showcased Glenna from her high school graduation events where she can be seen alongside her friends. Everyone is donned in formal wear accompanied by a black hat.

Currently, eighteen years old Walters whose weight can be estimated to be 60 kg (132 Ibs) was accepted by the Toronto based acting school called Wexford Collegiate School for the Arts which has more than thousands of students.

Besides, the young actress is single with no dating and boyfriend rumors swirling around, in the meantime. Clearly, Walters who stands at a height of 5 feet 7 inches has her priority sorted out.

Career & Net Worth Of Glenna Walters

So far, Glenna Walters is only renowned for her role on Blink Twice, as Soj Reyez on The Detail and Anne with an E where she graced the lovely imagination of Lucy Maud Montgomery's Tillie Boulter. 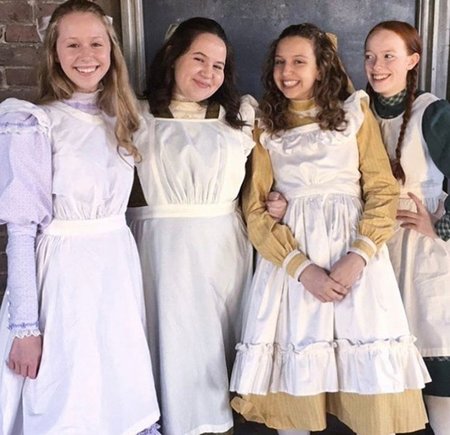 Glenna Walters alongside Anne with an E co-stars. SOURCE: Pinterest

Of course, as a young actress at this age who still has a lot more to prove in Hollywood, Glenna didn't earn millions, but she can be estimated to have been paid no less than $5000.