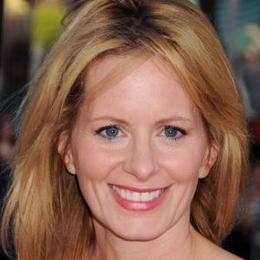 Missy Yager is an American actress who is best known for her role in the films like Martin Eden, Eight Grade, Manchester by the Sea.

The talented Missy Yager is an accomplished woman both in her personal and professional life. And, the 53 years old actress shared a lovely relationship with her longtime former boyfriend of over 15 years, Sam Trammell. Sam is prominent for acting in HBO's fantasy drama series True Blood. 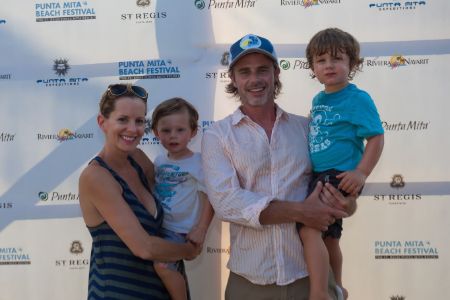 A picture of Missy yager together with her partner Sam Trammell and twin kids. SOURCE: Twitter

Missy Yager and her former partner met for the first time in 2003 while acting in an NYC-based theatre. However, they started their romantic relationship in 2006. Furthermore, Missy and Sam are blessed with two twin sons, namely Gus Yager and Winston Yager, both born on the same day of August 9, 2011.

Missy and Sam, however, are never tied the knot. The lovey-dovey never opened up about walking down the aisle publicly. Then, it was never going to happen as the relationship of Yager and Trammell never stayed the same forever as they faced difficulties and misunderstandings.

While it's not confirmed when Yager and Trammell broke up, it's expected to have been somewhere between 2019 to 2020. Well, while Missy is currently single, her ex-boyfriend has moved on and found love already. Well, Trammell has been dating Canadian actress Emmanuelle Chriqui who is of Moroccan and Jewish heritage. Sam and Emmanuelle have even gone public about their relationship on Instagram. Emmanuelle previously dared Vengeance actor Adrian Bellani.

Career & Net worth of Missy Yager

The veteran actress Missy Yager began her journey in the film industry with a role in The Real Blonde in 1998. Later, Yager appeared in popular hit films such as A fish in the bathtub & All Mistakes buried. Also, Yager made her recent appearance in the box office hit Happy Death Day 2U where she played Julie Gelbman in 2019. The film collected $64.6 million worldwide.

Watch Missy Yager's appearance for B Movie below.

Talking about her Television career, Missy made her debut with The Mike O Malley Show. Afterward, the actress usually appeared with guest roles on TV shows such as Mad Men, Jeniffer Mason on Six Feet Under, and Susan Lawson on The Resident from 1999 till 2020.

With more than 58 acting credits on her name, Missy Yager is not only famous but also rich. The net worth of the Mad Men actress is expected to be around $1 million. Missy, as an actress, earns $40,690 annually.

In addition, Missy baby father; Sam Trammell, also an actor, has an astonishing bank balance of $4.5 million. With such wealth, the family of four hardly faces any financial strains and lives a lavish lifestyle. 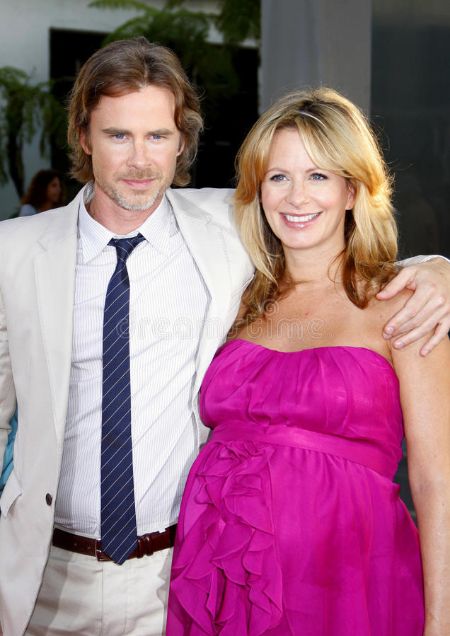 Gus Trammel is one of the two twin sons born from the father Sam Trammell and mother Missy Trammell.

Winston Trammell is one of the two twin sons born from the father Sam Trammell and mother Missy Trammell.