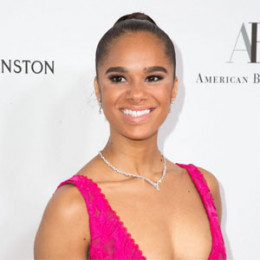 Misty Copeland is an American ballet dancer who joined the American Ballet Theatre company in 2000. She is also popularly known for being the second African-American female soloist of the company after twenty years. Besides she is the first African-American to be the Principal dancer in the ABT company's 75-year history. Copeland was featured in some magazines like People Magazine, Time magazine and some TV programs in Headline News, CNN, Fox news and so on.

Misty Copeland was born Misty Danielle Copeland to parents Doug Copeland and Sylvia DelaCerna on September 10, 1982, in Kansas City, Missouri, United States. Her parents divorced and her mother married a new man which made their father distant from them. Copeland last saw her father when she was just two years of age.

She is the youngest of her biological mother and father having three elder siblings. Copeland has two half-siblings one each from her mother's next two marriages. For schooling, she attended San Pedro High School and later on enrolled at the Point Fermin Elementary School. 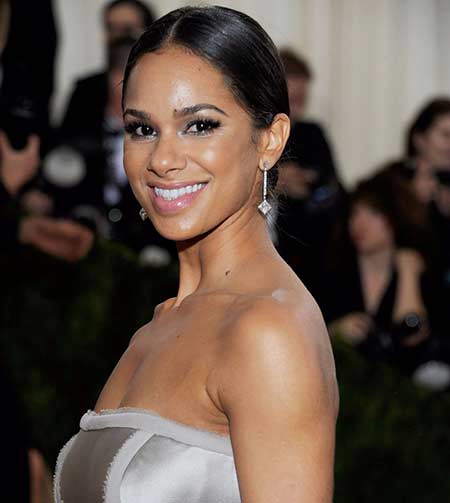 She wasn't really into ballet at a young age but loved to dance. Her mother was against the idea of her learning ballet but later on, agreed to it as Cynthia Bradley a teacher at San Pedro Dancer Center convinced her.

It was only at age 13 when she first started studying ballet in San Pedro Dance Center. After learning the dance form for three months she became specialized in the form. Eventually, her dedication led her to win first place in the Music Center Spotlight Awards when she was 15.

Copeland to study ballet enrolled at San Francisco Ballet School and American Ballet Theatre's Summer Intensive on a full scholarship.  In 2000, she has even declared ABT's National Coca-Cola Scholar. At the summer intensive competition consisting of 150 ballet students, she was amongst the six girls who were chosen to join the American Ballet Theatre's studio company. With a group of six members, she performed on the Pas de Deux in Tchaikovsky's The Sleeping Beauty. 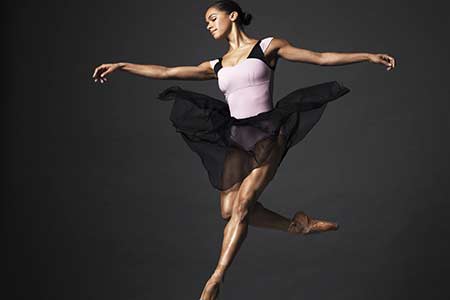 She was also offered to join the company on their China tour and later on joined ABT's corps de ballet in April 2001. Copeland was sent to compete in some competitions by her company's director. She competed for the Princess Grace Award and Erik Bruhn Prize in 2002 & 2007 respectively.

Copeland started performing solo ballet numbers and was the second African American female soloist of the company after twenty years. She was honored with the Leonore Annenberg Fellowship in the Arts which was a two-year scholarship given to young talents to help them embrace their skills.

While she was associated with the American Ballet Theatre company she performed several performances both classical and contemporary. Her performances include some ballet numbers like The Peasant Pas De Deux- Giselle, Sinatra Suite-Twyla Tharpe, Gong-Mark Morris, Lead Harlot-Romeo and Juliet, Airs-Paul Taylor, Princess Florine-The Sleeping Beauty and many more. Later in 2012, she performed a new choreography of Firebird by Alexi Ratmanski.

Later in 2015, she was promoted as the Principal Dancer and was the first African American to take that position in the company's 75- year history.

Copeland in her career as a ballet dancer has made appearances in television, film, and stages. She had filmed a music video with the late singer Prince for his first single, Crimson, and Clover from his 2009 album Lotus flower. Copeland also joined Prince as a special guest at his concerts that were happening all over that year.

Along with music videos she also appeared in several publications like Time Magazine, O Magazine. Dance Magazine, People Magazine. Besides she was also seen in Television programs like CNN, Headline News, the Travis Smiley Show, Fox News, Lopez Tonight and BET. After she shined on the Television and media world her popularity grew insanely.

Big singers like Ne-Yo, designer Rachel Roy, and filmmaker Morgan Spurlock wanted to work with her. In the year 2011, she released her self-designed dancewear naming it M by Misty and also produced celebrity calendars. Later in 2014, she published a co-written memoir called Life in Motion: An Unlikely Ballerina and a children's picture book called Firebird. Her book Firebird is a book about empowerment for the youth of color which was highly acclaimed.

On May 2015, she was featured on 60 minutes in a segment with the correspondent Bill Whitaker and was a presenter at the 69th Tony Awards. The following year was a very honorable one for her as she got interviewed for a three-part video series with Time and Essence magazine alongside Former President Barack Obama. In the interview, they talked on topics regarding gender, race, achievements, and opportunities for the youths.

As for her growing success, she was even cast in a Disney movie named The Nutcracker and the Four Realms which is based on the 1816 story, The Nutcracker, and the Mouse King.

In 2017, she was seen in the Southern California based entertainment brand named World of Dance as a guest judge. The same year she released her third book which is a health and fitness guide called Ballerina Body.

Misty Copeland is estimated to have a net worth of $500k which she gained from her career as a ballet dancer. She and her husband have an Upper West Side Apartment which they bought for $3.125 million. The apartment has three bedrooms, 2 baths and was kept on sale formerly by Corcoran agents Curtis Rhine and Amy Katcher.

As her popularity grew she began appearing in various ads and endorsements. In 2010, she was featured in T-Mobile's ad for Blackberry and in 2013 in an ad for Dr. Pepper. Her campaign called Under Armour women for the brand Under Armour in 2014 even named her Person of the Week by ABC World News.

The ad was named one of the Top Ten Ads of 2014. In the year 2015 and 2016, she became the brand ambassador for a Japanese Company, Seiko, and spokesperson for the Oikos brand in the Dannon Company respectively. Her appreciable work for the Under Armour campaign even led to her to be a part of under Armour digital ad campaign in 2017. The same year she was named the Spokesperson of an Estee Lauder fragrance line.

Misty Copeland married attorney Olu Evans on July 31, 2016, in California. The couple first met through Evans' cousin in 2004 and became friends. After their first meeting, they came close to each other and became engaged. The couple is residing in Manhattan's Upper West Side. 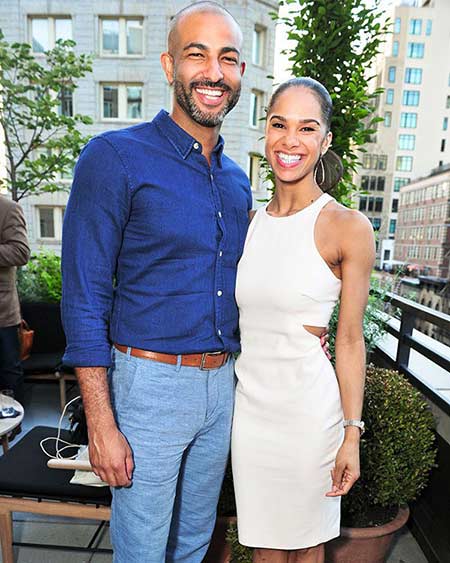 As for her hobbies, she enjoys cooking and likes to stay in a silent place with less crowd. From her dance, she recreated the paintings of Degas which represents the power of beauty and grace.

She is set to appear in the 2019 Pirelli Calendar which features celebrities from different fields. For the calendar shoot, she will be joined by fashion designer Alexander Wang, supermodel Gigi Hadid, and various other big names.

Copeland has also talked about her plans to bear kids and retirement during a Radio Andy. However, as of 2021, Misty and her partner Olu are yet to become parents. It seems like Copeland wants to raise a family after she officially retires from her career as a ballet dancer which could be the reason that has kept her busy focusing on motherhood.

In the meantime, the gorgeous ballerina is involved with American Ballet Theatre and various other projects and brands that keeps her occupied. And, her beloved husband Olu Evans has been supportive of his wife as always.

To support the American Heart Association's Go Red For Women campaign she walked the runway at New York Fashion Week in 2016. The campaign was conducted to increase awareness of the dangers of heart disease for women.

Copeland was named National Youth of the Year Ambassador by the Boys & Girls Clubs of America in 2013. The following year she was made President's Council on Fitness, Sports, and Nutrition receiving an honorary doctorate from the University of Hartford for her contributions to the dance from classical ballet.

She was named Glamour's Women of the Year for the year 2015 and also ESPN's Impact 25 athletes and influencers who have made an impact on women in sports. Barbara Walters named her one of the ten Most Fascinating people of 2014 and the following year she won a Shorty Award for the category Best in Dance in Social Media.

The couple first met in 2004 through Evans' cousin. After knowing each other for some year they got engaged and married on July 31, 2016.