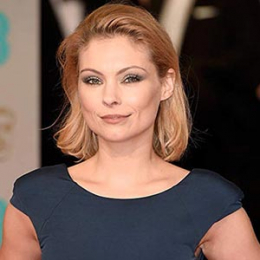 MyAnna Buring started her career in the Hollywood industry with a 2004 drama, 'Murder Prevention'. Later she appeared in some big movies including 'Vampire Killers', 'Kill List', 'Downtown Abbey', and a few others. Currently, she's working on the first season of the TV series, 'The Witcher'.

MyAnna Buring Personal Life; Is She Married? Her Children

MyAnna Buring is secretly married to her husband, whose name she keeps out of the media. She is a parent to a baby and hides every detail of her child as well as her husband. 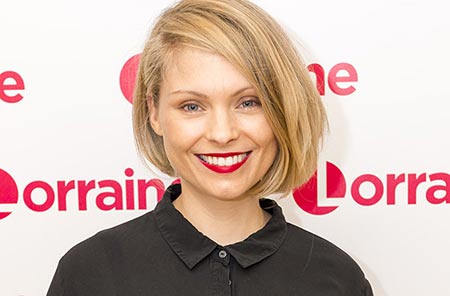 MyAnna rarely talks about her personal life in the media. Nevertheless, she let the public know about her being a mother after eight weeks of actually having a baby. Talking about it, she said,

"My character was pregnant then I got pregnant! When I filmed I had a baby bump and I got to practice what it looked like to be pregnant. I liked it so much I did it myself!"

After hearing her speak about it, she gave birth to a baby in May 2017. Furthermore, she also cleared about how she prefers not bringing her personal life in the media.

Speaking about her nature of keeping the secrecy of the private life, she expressed,

"I don’t talk about my personal life ever and quite early on I decided that was out of bounds. If I was in my early twenties, I might feel pressure to talk about home life."

Official Secrets star, Buring stays low key with her intimate life as she lives a joyous and private life with her husband and a baby. Moreover, she's focused on showcasing her work to the media rather than how her married life is going.

MyAnna Buring Career And Net Worth

MyAnna Buring holds a net worth of around $700,000 to $1 million. Her long-running career for over a decade assist her earns what she makes.

Have a look at the video where MyAnna talks about her rise to fame!

Beginning her career in the mid-2000s', MyAnna made quite an impact over time, in the industry. Furthermore, she got the chance to play some significant roles and some brief appearance. Currently, she's working on the upcoming thriller TV series, The Witcher which stars, Henry Cavill.

The starting actors make an average salary of around $52,000 a year, in Hollywood. Moreover, a well-established actor could earn up to $100,000 every year. Also, different commercial deals add on to her income.

Born on September 22, 1979, in Sundsvall, Sweden, MyAnna Burning grew up in the Middle East. She is of Swedish-American nationality. Similarly, her birth sign is Virgo. 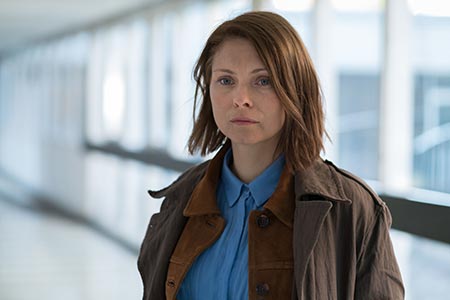 MyAnna Buring in the TV series, In The Dark.
SOURCE: The Telegraph

At the age of 16, MyAnna moved to England with her family. However, she studied at the American British Academy in Oman, when she was in the Middle East. Afterward, in England, she did graduation from the London Academy of Music and Dramatic Art in 2004. She appeared in some big movies including The Twilight Saga which stars, Robert Pattinson and Emma Watson.

MyAnna Buring is a married lady with a husband whose she, she has not revealed as of yet.