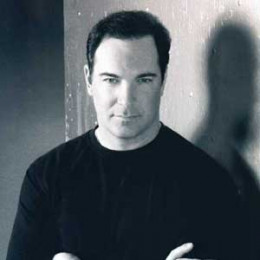 Patrick Warburton is an American actor popularly known for his role, David Puddy in the 1995 comedy series "Seinfeld". He debuted in the entertainment industry in 1986 in a television series. "The Paper Chase" and a year later, appeared in the movie, "Dragonward". Warburton is a versatile actor and has portrayed different characters and voiced many animated series and video games. His popular movies include "Men in Black 2", "Scream 3" and "Camouflage". For his role in the 2005 independent movie, "The Civilization of Maxwell Bright," he won prestigious awards like New York Vision Fest, Boulder International Film Festival Award and Beverly Hills Film Festival Award for Best Actor Category.

Patrick Warburton was born Patrick John Warburton to parents John Charles Warburton Jr and Barbara Jeanne Gratz on November 14, 1964, in Paterson, New Jersey, United States. His father was a surgeon while his mother was an actress. He grew up with his sisters Lara, Megan, and Mary Warburton. 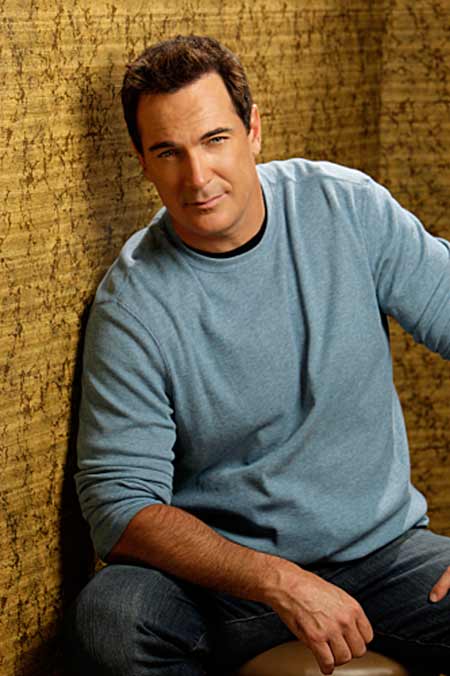 For his studies, he attended Servite High School and Newport Harbor High School from where he graduated in 1982. Later on, he enrolled at Orange Coast College from where he studied marine biology but dropped out before graduating to focus on his acting career.

Patrick Warburton is professionally an actor who debuted in the entertainment industry in the Television series named The Paper Chase in 1986 where he appeared as a Pool Boy for an episode. The following year he was cast in the movie named Dragonard in 1987. As for modeling he modeled for the clothing brand. Bugle Boy Clothes. He has even voiced many characters in animated films and video games.

Warburton first acted in a movie in the year 1987 when he appeared in the role of Richard Abdee in the movie Dragonard. After his debut, he was seen playing different roles in many movies like American Strays, The Woman Chaser, Scream 3, Joe Somebody, Camouflage and many more. In the 2002 movie Men in Black 2, he appeared alongside Will Smith, Tommy Lee Jones, Rosario Dawson, and John Knoxville. 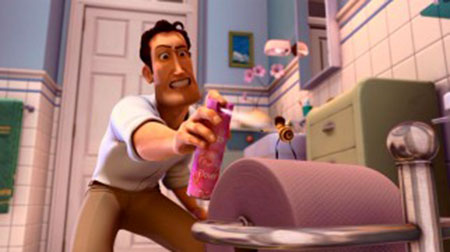 In the mid-2000s he was cast in big movies like Underdog, Bee Movie, Get Smart, Playing it Cool, Better Watch Out and Animal Crackers for which he got huge recognition. He appeared in the 2017 movie Austin Found where he portrayed Chief Williams.

As for television, he debuted in the small screen in 1986 in a Television series named The Paper Chase where he played the role of a pool boy for an episode. He was then cast in a guest role in many series like Anything But Love, Murphy Brown, Nurses, Grace Under Fire,  House Rules, The Twilight Zone and many more.

In the 2007 to 2013 CBS's sitcom Rules of Engagement, he portrayed the role of Jeff Bingham and acted alongside Megyn Price, Bianca Kajilich and David Spade for seven seasons. Besides, he also appeared in Television movies like The Apartment Complex and Angels in the Infield.

As of 2018, he is a part of the web television series named Tick and was cast for two episodes in the fifth season of the hit series Agents of S.H.I.E.L.D where he appeared in the role of General Rick Stoner. The series stars actors Clark Gregg, Brett Dalton, Chloe Bennet and Jeff Ward.

Warburton has been voicing many characters since 1998 when he voiced the character Agamemnon for the animated series Hercules for two episodes. Later on, he gave his voice for the highly acclaimed animated series Family Guy portraying Joe Swanson.

He appeared in the role of Brock Sampson in the adult animated TV series The Venture Bros which was premiered in 2003 and the series is coming with the eight season on August 5, 2018.

Warburton is estimated to have a net worth of $30 million which he earned from his huge career as an actor and model. For his win in the GSN's Poker Royale Celebrities VS. The Pros Tournament he took home $50,000. Warburton grabbed a salary of $85,000 for an episode of Rules of Engagement in 2011.

He was also the part of many hit movies which accumulated huge box office collection and some of them are listed below:

Patrick Warburton is married to actress Cathy Jennings. The couple tied the knot in the year 1991. They first met when they were both studying at Orange Coast College. The pair has four children together named Talon, Alexandra, Shane, and Gabriel Warburton.

Warburton loves his children and is proud of all of them. He works hard for his family and tries his best to fulfill their every desire. His children love sports activities and he often plays golf and tennis with them. 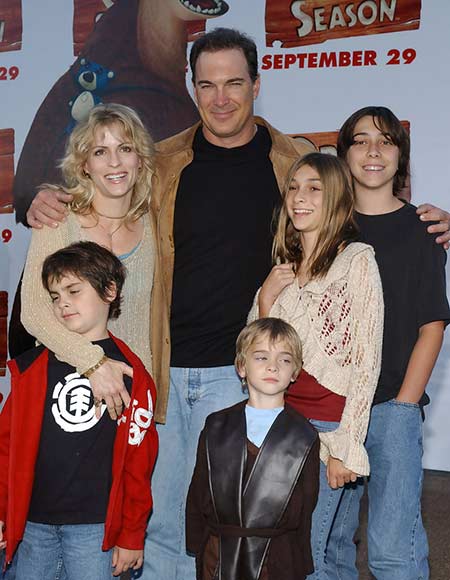 The family is frequently seen spending time in the Rogue River in Oregon in a cabin. Warburton is in the organizing team which hosts the annual charity golf tournament which helps to donate funds to the St. Jude Children's Hospital every year in Palm Springs, California.

He has around 58.4k followers on his Instagram account as of 2018 and is quite active on social media.

As for his outer personality, he has a deep baritone voice and has a large frame when it comes to his facial structures. With a height of 6'2, he stands among the tallest actors.

They got married in the year 1991 and are happily living together since then. They have four children together.

Patrick Warburton and Cathy Jennings gave birth to their son Talon Warburton. They are living a happy life together.

Patrick Warburton and Cathy Jennings gave birth to their daughter Alexandra Warburton. They are living a happy life together.

Patrick Warburton and Cathy Jennings gave birth to their son Shane and living a happy life together.

Patrick Warburton and Cathy Jennings gave birth to their daughter Gabriel and living a happy life together.