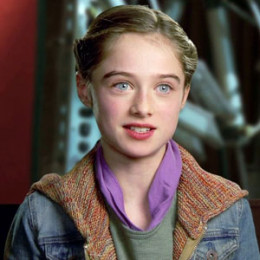 Raffey Cassidy is an English teen actress who debuted in the entertainment industry in the year 2009 when she was just seven years of age. She is popularly known for the role of a robot named Athena in the 2015 movie, "Tomorrowland" and for playing Young Snow white in the movie, "Snow White and the Huntsman". For her amazing acting delivery and promising screen presence, she was named The Stars of Tomorrow by Screen International magazine in 2013.

Raffey Cassidy is an English actress born on August 30, 2002, in Worsley, Manchester, England. She grew up with her two older sisters Mossie and Grace along with an older brother, Finney Cassidy. Her father Simon Cassidy is an acting teacher and his acting influence runs in the whole family as along with Cassidy the rest of her siblings are also active in the entertainment field. 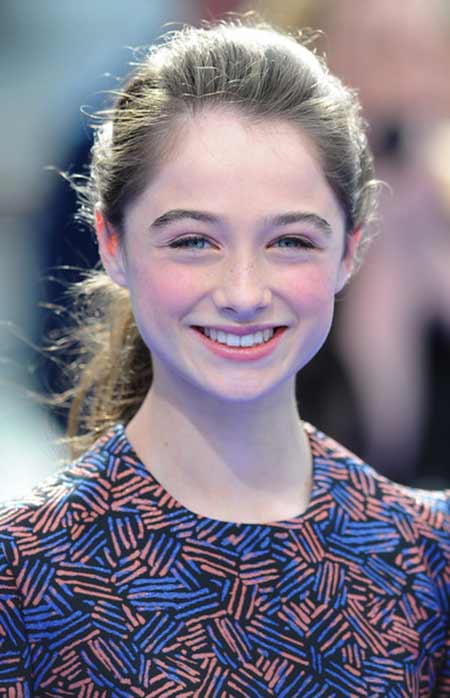 She first landed an acting role when she accompanied her older brother for his audition for a role in a BBC drama. As surprising as it gets the casting crew of the series needed a little girl for a role and Cassidy just happened to be there at the right time. Well, that's how she got her first role. As for schooling, she attended Moorside High School located in Swinton.

Raffey Cassidy is professionally an actress who debuted in the entertainment industry in 2009 from a Television movie named Spanish Flu: The Forgotten Fallen where she portrayed Ellen. At just seven years of age, she was cast in many big projects further on.

Her first movie Dark Shadows was released on May 11, 2012, which was Tim Burton's directorial. The movie was a success and grabbed a huge box office collection and she got to work alongside big names like Johnny Depp and Helena Bonham Carter in the movie. Cassidy continued to be cast with some great influential actors from whom she learned a lot. 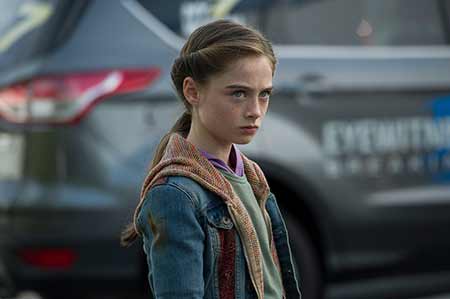 She appeared in movies like Snow White and the Huntsman and Tomorrowland where she was joined by Chris Hemsworth, Charlize Theron, and George Clooney respectively. Cassidy attended acting class with her Manchester drama teacher David Johnson for her role in the movie Tomorrowland. Her other movies include Allied, Molly Moon and the Incredible Book of Hypnotism, The Killing of a Sacred Deer and so on.

Besides movies, her small screen performance includes a five-part drama named Stepping Up and a British period drama, Mr. Selfridge. Cassidy is set to appear in the upcoming 2018 musical drama movie Vox Lux where she will play the role of young Celeste & Albertine. The movie will air on September 4, 2018, and is joined by Natalie Portman, Jude Law, and Stacy Martin.

Raffey Cassidy's net worth is not estimated and is still under review. She has been cast in some movies for which she was paid a decent salary.

Some of her movies were a hit and grabbed a huge box office collection.

Raffey Cassidy is not in a relationship with anyone at the moment. Besides, there are no rumors of her possible relationships in the media as well. She is a teen actress who is focused on her career and is reaching heights in the entertainment world. Cassidy got honored when the Screen International Magazine named her among the Stars of Tomorrow in 2013. In the list, she was the youngest to be featured.

She took acting classes from her Manchester teacher David Johnson and her whole family is linked to him as all her siblings were taught by him including her father Simon. As all of her family is associated with the acting world they all help each other regarding acting stuff. Her acting in the movie Tomorrowland was highly appreciated by plenty even when the movie wasn't particularly critically acclaimed as it received mixed reviews. People found her acting very amazing and were all praises for her. 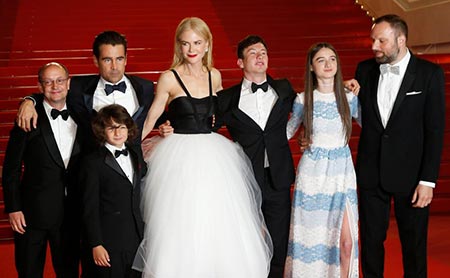 Cassidy in the Cannes Film Festival 2017 with her team of The Killing of a Sacred Deer.
Source: The Irish Sun

Even her legendary co-star George Clooney was in awe of her acting skills and gave her a diamond bracelet as a gift before they finished shooting the movie. She is a beautiful girl with freckles which make her look even prettier and has bright blue eyes. She made her Cannes debut in 2017 for the movie The Killing of a Sacred Deer and walked the red carpet with a huge smile.

As for her skills, she is skilled in martial arts and to make her character in movies more impactful she learned swimming and gymnastics for some months.

Visit Marriedwiki.com  for entertainment and Gossips!!!