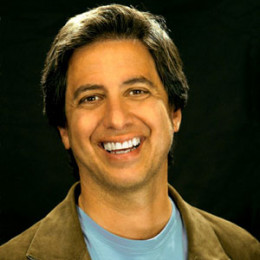 Ray Romano is an American stand-up comedian, actor, and screenwriter. He is well known for his character on the sitcom Everybody Loves Raymond, for which he was honored with Emmy Award. He made and featured in the TNT comedy-drama Men of a Certain Age from 2009 to 2011. Moreover, he had a recurring character of Hank Rizzoli in Parenthood from 2012 to 2015.

Ray Romano was born in Queens, New York, United States of America, on December 21, 1957. He was raised up in the Forest Hills neighborhood of Queens with his two brothers named Richard Romano and Robert Romano. His younger brother Robert is now a second-grade teacher in New York City, and older brother Richard is a sergeant with the NYPD.

The 59-year-old, Ray Romano is the son of Albert Romano, a real estate agent and engineer and Lucie, a piano teacher. He belongs to American nationality and of Italian and French descent. He attended elementary and middle school at Our Lady Queen of Martyrs in Forest Hills.

In the year 1975, Ray Romano graduated from Hillcrest High School after transferring from Archbishop Molloy High School. Romano briefly studied at the Queens College, in Flushing New York before getting into show business. He lived with his parents until the age of 29.

Ray Romano began his career with comedy in 1989, when he competed in the Johnnie Walker Comedy Search and appeared on The Comedy Channel. He received an Emmy Award for his role on the sitcom Everybody Loves Raymond alongside Patricia Heaton, Madylin Sweeten, and Peter Boyle.

After featuring in a number of TV shows and films, Ray Romano appeared as a Terry in the romantic comedy film The Big Sick with Zoe Kazan and Holly Hunter.

Ray Romano is a married man. Ray is married to his longtime girlfriend Anna Romano since October 11, 1987. The couple has been married for three decades now and has four children together.

Their first daughter Alexandra is an actress, known for Ice Age: Continental Drift (2012) and Everybody The Loves Raymond (1996). In February 2012, Ray revealed to media that his wife Anna has battled through stage one breast cancer.

After that, Ray Romano told People magazine that,

"the reason we're going public is to share our experience, yeah, but to have an effect. Our goal is to help people.”

Ray Romano has garnered a whopping amount of net worth from his prolific career. He still has an estimated worth of $120 million. He also won $125,000 for the NYPD’s D.A.R.E. Unit, while he featured on a 2000 episode of Who Wants to Be a Millionaire.

Alexandra Romano is an actress who is best known for her work on for Ice Age: Continental Drift (2012) and The Loves Raymond (1996).

Matt is the second child of Ray and Anna.

Gregory Romano is the third child of Anna and Ray.

Joseph is the fourth child of Anna and Ray.