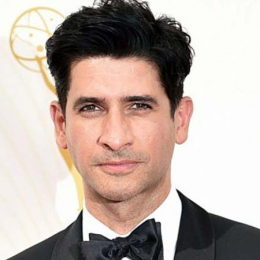 Raza Jaffrey is one of the famous English actors who are equally loved and praised in both America and England. The 45-year-old actor is popular for working in the television series like Spooks, The Cape, Smash and Law & Order: Special Victims Unit. He is also recognized for working in films like Dirty War, Infinite Justice, and Eastern Promises.

Personal Life of Raza Jaffrey; Is he Married?

Raza Jaffrey is currently married to his long term girlfriend turned wife Lara Pulver. The duo share a good bond and now are together for over eight years, besides, the pair is recently celebrated their four years of a marital relationship. 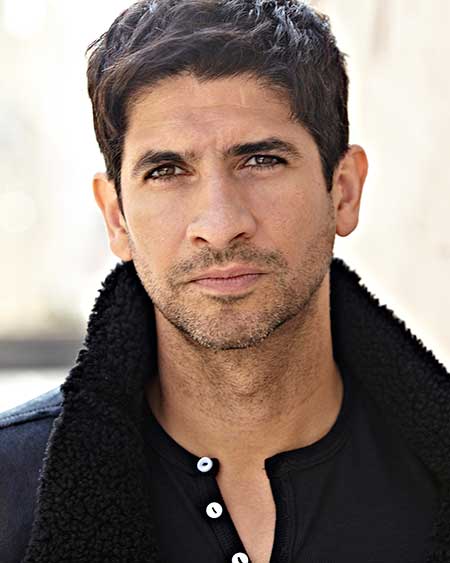 The duo started dating from the year 2011 and after staying together for three years, they finally decided to share the wedding vows on 27 December 2014. The wedding was held in a private ceremony among their close friends and family.

The couple is a proud parent of their only child who is a son born in the February of 2017. Further, the pair is concerned about their child's future as they have kept the information regarding their child within themselves.

Raza was previously married to the fellow Spooks actress Miranda Raison. The duo dated for a certain time and finally decided to hit the wedding bells in September of 2007. The pair shared a good bond initially, but things got changed when Jaffrey left the show. What's more, they parted their ways and divorced in November 2009.

The 45-year-old actor is currently of any controversies regarding his professional life. He is focused about his career and happily living with the love of his life Lara. In addition, Raza is an active person on social media and often shares posts of his daily life and acting life.

What is the Net Worth of Raza Jaffrey?

In awe of this incredible animal. Rehearsing with legendary Sled Reynolds and his team #NewMexico

The Homeland actor started his film career by working in the 2004 British drama film named Dirty War as Rashid Dhar. After that, we grabbed the attention of many directors and starred in many blockbuster movies like Infinite Justice, Eastern Promises, The Crew and many more. Some of his blockbuster movies on box office are

On the other hand, Raza also worked as a singer, in fact, he performed in a number of concerts productions, including singing at the London Palladium with the Royal Philharmonic Orchestra. Besides, he also worked with the BBC Concert Orchestra for BBC Radio 2.

Raza Jaffrey is currently married to his long term girlfriend turned wife Lara Pulver. The duo share a good bond and now are together for over eight years.

Raza was previously married to the fellow Spooks actress Miranda Raison. The pair shared a good bond initially, but things got changed when Jaffrey left the show.