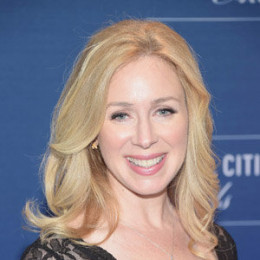 Rebecca Quick is a well-known television journalist. Former waitress and bartender, Becky Quick is now the popular television journalist and newscaster in United States. She is also famous for being the co-anchorwoman of CNBC's financial news shows Squawk Box and On the Money. While Becky was pursuing her Bachelor of Arts degree in Political Science at Rutgers University, she began working at The Daily Targum as an editor-in-chief. She also won the Times Mirror Fellowship from the Journalism Resources Institute at Rutgers.

Rebecca Quick also known as 'Becky Quick' was born on 18 July 1972 in Gary, Indiana. Her father worked as a geologist. Later, the family shifted to Medford, New Jersey.

She completed her graduation from Rutgers University in 1993 with a B.A. in Political Science.

Quick is the American TV journalist/newscaster and co-anchorman of CNBC's financial news shows Squawk Bow and On the Money.

Previously, she worked as editor-in-chief of The Daily Targum. She was praised with the Times-Mirror Fellowship from the Journalism Resources Institute while still an undergraduate.

Later, she covered e-commerce and retail industry topics for The Wall Street Journal. She also played a key role in the launch of the paper's website in April 1996.

Quick has an estimated net worth of about $9 million at present.

Quick was previously married to Peter Shay, a computer programmer. At present, she is living a happy married life with her husband Matt Quayle in 2008.

The couple is living a happy family life with two children together; a son named Kyle Nathaniel Quayle (on 16 August 2011) and a daughter named Kaylie Noelle (in October 2016).

Her husband was also previously married and have two children named Kimiko and Natalie. The couple with four kids are living a blissful family life.

On 22nd of January 2006, Becky got married to Kevin Cahillane. However they separated in the year 2008.

As soon as she got divorced with Kevin Cahillane, she got married to executive producer, Matthew Quayle. They welcomed their first child in 2011.