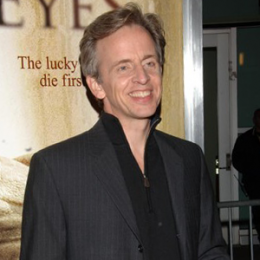 Canadian actor, Robert Joy is popularly known for his roles in Land of the Dead, Desperately Seeking Susan, The Hills Have Eyes and Atlantic City among others. He began his acting career in 1974 from Television. Besides his professional life, Joy is a proud father of his daughter from his past marriage to Mary Joy. Joy currently lives with his partner/boyfriend Henry Krieger, they have been living together since 1995.

Robert Joy was born on 17th August 1951 in Montreal, Quebec, Canada. His birth sign is Leo. As per nationality, he is Canadian and as far as his ethnicity is concerned, he is White. He is the son born to Flora Louise and Dr. Clifton Joseph Joy. His father was a physician and politician. His parents raised him in St John's Newfoundland.

Robert Joy made his Hollywood debut in 1974. He portrayed the role of Carter in the mini TV series, The National Dream: Building the Impossible Railway.

After a long hiatus, Joy made his return from the movie, Atlantic City in 1980 by Louis Malle. Joy received nomination for a Genie Award for his performance in the movie. Joy then appeared in numbers of theater productions.

His movie credits include Ticket to Heaven, Ragtime, Radio Days, Sweet November, Perfume, and The Hills Have Eyes among others.

Joy also appeared in series like Sword of Graden, The Days and Nights of Molly Dodd, Becker, Commander in Chief and Medium among others.

Here's a list of some of his movies and series:

Joy's latest works include his appearance in TV series like Grey's Anatomy by Shonda Rhimes and The Mentalist by Bruno Heller.

Robert Joy is currently single but has a daughter from his previous marriage. Joy married  American actress, Mary Joy on October 27, 1979, in an intimate ceremony among friends and family members.

The couple has a daughter named Ruby Joy. In 2011, Joy performed with his daughter in Shakespeare's The Tempest. However, the relationship between husband and wife did not last long and they divorced eventually.

Later, it was discovered that Robert Joy is gay. He stayed with his companion, William Duff-Griffin, an actor until he died of prostate cancer at his Manhattan home on 13th November 1994.

Since 1995, Joy has been in a relationship with American Broadway composer, Henry Krieger. As per some online sources,  they have been living together for over 22 years.

‘’I never thought it would happen to me- but I’ve been madly in love the whole time.’’

Robert Joy has the height of 5 feet 10 inches (1.78m). He has had a successful career in movies and TV.  So, naturally, he has earned a huge amount of money. However, Joy has not disclosed his exact net worth, it might be close to a million dollars at the least.

His movies that were successful at the box office:

First Marriage with May Joy

On 29th October 1979, Robert Joy was married to Mary Joy. The couple later divorce for some unrevealed reasons.

In 1987, Robert Joy and his wife, May JOy welcomed their only daughter, Ruby Joy. His daughter also has an interest in acting like Robert.