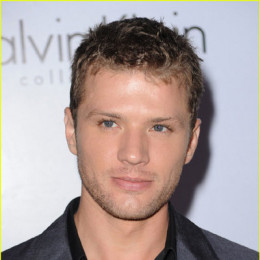 Matthew Ryan Phillippe is an American actor and director who came to fame after appearing in the films like I Know What You Did Last Summer, Cruel Intentions. He is the son of Richard Phillippe, a chemist, and Susan ran a daycare center in the family's house.

Matthew Ryan Phillippe aka, Ryan Philippe was born on September 10th, 1974. He is the son of Susan and Richard Phillippe. His mother used to run a daycare center whereas his father was a chemist. He has English and some German ancestry.

From his father's side, he is part, French. He attended the  Barbizon Modeling and Acting Program in Wilmington, Delaware and graduated from there. After learning acting, he started playing in various stage dramas set by the college.

Upon graduating from the college, Ryan Phillippe made his soap opera debut in One Life To Live. In his initial days, he signed a contract with Cathy Parker Management, in Voorhees, New Jersey. His character of Billy Douglas in One Life To Live was the first gay character in a soap Opera ever.

He then made his debut in the 1995 movie, Crimson Tide, playing the small role of Seaman Grattam. Subsequently, he played a supporting role in the hit horror movie, I Know What You Did Last Summer. He starred alongside, Sarah Michelle Gellar, Freddie Prinze Jr., and Jennifer Love Hewitt.

He received critical praise for his performance in Gosford Park, which was nominated for Oscar. His work in the Crash was one of his best performance. The movie eventually won Oscar for the Best Picture.

In the early 2000s, he worked in several critically acclaimed movies like Antitrust, Flags of Our Fathers, Breach, Chaos, Five Fingers, etc. The year 2012 bring new horizons in his career, as he ventured into the field of directing.

He made his debut by directing Catch Hell. His other directorial work including Reclaim. His most recent work was the 2017 movie, Wish Upon. Since 2016, he is playing the role of Bob Lee Swagger in the series, Shooter.

Ryan Phillippe is a tall handsome and dashing guy who has a lot of fan followers. Girls are crazy about his looks and his charm. Talking about his personal life, he was once married to his girlfriend, Reese Witherspoon on June 5th, 1999.

The wedding ceremony took place at Old Wide Awake Plantation near Charleston, South Carolina. At that time, Reese was six-month pregnant with their child.

my little on her birthday. love you, punk. such a proud dadish, i.

The couple first met in Reese's 21st Birthday party. It was then when they hit it off. After dating for some time they decided to get engaged in December 1998.

The couple didn't last long in their marital relationship and got separated. Reese filed for divorce citing irreconcilable differences and they officially divorced on October 5, 2007.

They have two children together. The couple welcomed their first child, Ava Elizabeth Phillippe in 1999. Furthermore, they became a parent to one son in 2003 named Deacon Reese Phillippe.

After and before the marriage, he has several relationships with the beautiful girls. In the year, 2007 he dated Abbie Cornish upon meeting her in the set of Stop-Loss. They broke-up in 2010. The actor then went out with the actress, Alexis Knapp.

The actor also has a child with Alexis. She found out that she was pregnant soon after their break-up in September 2010. She gave birth to their daughter in July 2011. In the year 2011, he was dating student Paulina Slagter.

Back in 2017, Instagram model, Elsie Hewitt sued Ryan of domestic battery and assault. She filed $1 million lawsuits against him. The lawsuit has stated Ryan's habit of abusing alcohol and drugs which deteriorated his relationship with Elsie.

Also, see: Ryan Phillippe Ex Files for Lawsuit Against Him

The actor is present in the industry for over two decades. So far he has accumulated a mass net worth of $32 million. The main source of his wealth is from his career as an actor.

The actor was once the owner of the house in Bel-Air. During his marriage with, Reese, the couple used to live there. In the year 2017, the house was listed on the market for a staggering, $15.99 million. The house is built in the area of 8,772 square feet.

In the year 2008, he purchased a house in Hollywood Hills for $7.175 million. Soon after his divorce with Reese, he decided to sell the house and he sold it for a little less than $7.5 million.

Laura Jeanne Reese Witherspoon is an American actress and producer who made her film debut as the female lead in the film The Man in the Moon in 1991.

She was born safe and healthy and is currently staying with her mom after her parent's separation.

He is a handsome child from his romantic parents. He is attending his high schools these days.

She was born safe and is beautiful like her mother. She currently stays with her mother.