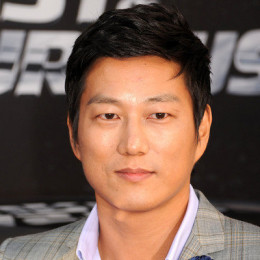 An American actor who is popular for his role in movies like Fast and Furious where he was seen as Han Seoul-Oh. He was born to Korean parents. He was attracted towards acting career from very young age. His first major role was seen in movie named Better Luck Tomorrow. He was also seen in Jet Li Film War in which he played as FBI agent. Not only in America but he has been icon in the South Korean entertainment industry too.

Sung Kang was born on 8 April 1972 in Gainsville, Georgia to South Korean immigrant parents. He spent his adulthood in California. His birth sign is Aries and belongs to the Asian ethnic group.

Though his parents were not happy with his decision of studying acting over law school, he was always attached to his decision. The star who stands at a height of 6 feet (1.83m), studied at the University of California, Riverside.

Kang started his professional career playing a small role on the TV series Felicity. He played in three episodes of Martial Law as Xian Law in 2000.

He rose to prominence playing the major role in Better Luck Tomorrow as Han Hu in 2002. He also performed his best in The Motel who portrayed the role of Sam Kim.

The actor played the role of Doran, a son of Genghis Khan in the movie Forbidden Warrior. He starred as Detective Taylor Kwon with Sylvester Stallone in Walter Hill's movie Buller to the Head in 2013.

Some of his recent TV series include Gang Related, Family Guy, Hawaii Five-0 and Power.

Besides his acting career, he was the owner of a restaurant called 'Saketini' in Brentwood, Los Angeles, California. The restaurant closed in early 2013.

Kang, 46, has an estimated net worth of about $8 million at present. He has a ridiculously amazing Datsun 240Z costing around $18,450. 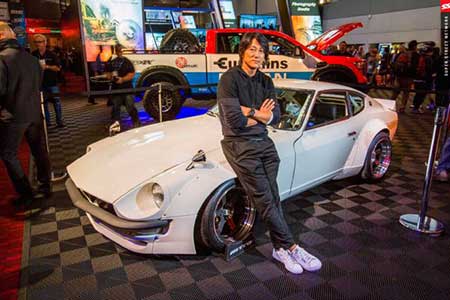 He is crazy about cars. The modest Datsun240Z is transformed into the machine called, the Fugu Z.

Kang has been living a happy married life with his wife, Miki Yim for more than two decades now. Yin is not a prominent face on social media still, she is the general manager of the world's leading fashion brand, Prada.

The couple tied the knot in an intimate ceremony attended by family members and close friends in 1994. 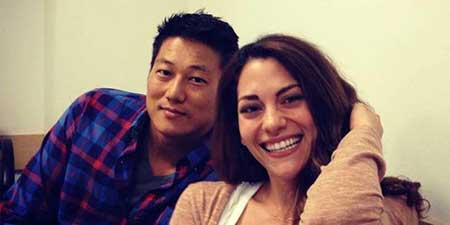 They met for the first time while hanging out in Koreatown Karaoke. It was the moment when Sung was singing the song "When Doves Cry" and his future wife made fun out of his voice.

During an interview, Sung stated that she even made a humorous comment of his haircut saying,

"Where do you get your haircut? You need to get your money back because you look like the Korean Dutch boy."

Their first encounter was not pretty wonderful for both, they eventually began dating and tied the knot later on.

Though the couple doesn't have kids on their own, they spend much time with other kids of their family members and relatives.

Though there is no information on when they were married but their marriage was confirmed when the couple were spotted wearing wedding ring.