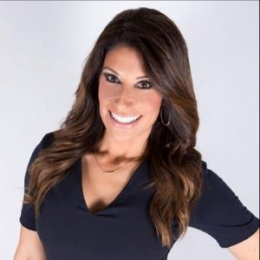 The veteran journalist Tina Cervasio is a well-known name in sports broadcasting. However, her personal life is still unknown territory. So Let's find out whether the brunette beauty is taken or still single?

Similar to Journalist Michelle Charlesworth, Tina Cervasio is also happily married. She tied the knot to statistician Kevin McKearney on November 21, 2004. The couple walked down the aisle at the Holy Family Church in Nutley, New Jersey in the presence of close friends and family. 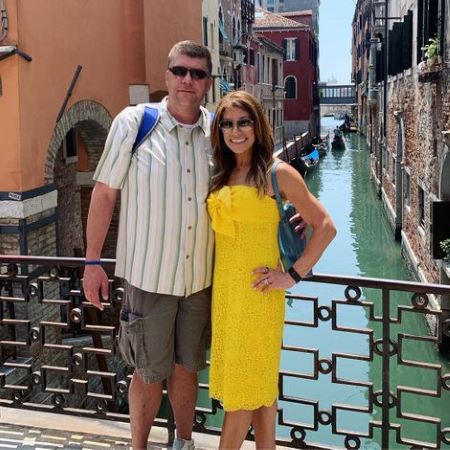 Tina and her husband is enjoying their vacation in Europe. SOURCE: Tina Cervasio Instagram

For her big day, Tina chose a V-neck Sleeveless dress with hair pulled up with a tiara. Meanwhile, the groom opted the traditional black tuxedo with a cream-colored vest and tie.

Check out the video of their wedding that was shared by Tina on their 13th anniversary.

We’re on opposite coasts today, but it’s just one of the many adventures Kevin & I’ve had over the last 13 years! It also proves how much he loves me & continues to support whatever I do. I don’t know how these (throwaway looking) photos got in my phone, but woke up to this already edited by “memories”. #happyanniversary to “My Kevin”. I you more today than yesterday and less than I will love you tomorrow.

The reporter and her husband moreover are together for over 14 years and crossed many hurdles in the way. Her husband supported her during all the travels she needed to do for her work. Similarly, she became a solid rock for Mr. McKearney during his battle with colon cancer back in 2010-2011.

Though Tina and her life partner are married for a long time, she is yet to be parents. They never seriously consider having children as they were both busy with their professions. However, the sports reporter is Godmother to her nephew, Caleb.

Tina and her spouse additionally is content with one another and is spending their best life by traveling the world and golfing. The pair resides in New Jersey with two cats, Luke and Leia.

Cervasio is not shy of Showing her Life to Fans

Cervasio provides a glimpse of her family life on her 13.4 k followers on Instagram by sharing personal pictures of her family members and her vacations. Tina's Twitter account, on the other hand, is more professional as she mostly posts work-related posts there. Her Twitter has 40.4 thousand followers.

Cervasio also has a YouTube account where she posts videos of her news segment and her interviews. She, however, is not much active in that sharing platform as her last video was posted two months ago. She, however, is still using her facebook account and regularly share updates with her 9,541 followers.

Tina is Involved in Sports Outside of Her Work as well.

Tina participated in outdoor activities since childhood and maintained an active lifestyle in adulthood as well. She does running all the time and even participates in the marathon as a hobby. She furthermore, loves reading and watching sports such as basketball, baseball, and football in her free time.

Tina Cervasio is surviving and thriving as the sports reporter for over two decades. In the process, she accumulated a note-worthy net-worth.

Overall Net-Worth and Earning as a Sport Broadcaster

Cervasio is one of the most experienced female sports reporters who is providing her expertise in various stations. Her total net worth is $300 thousand- $500 thousand. 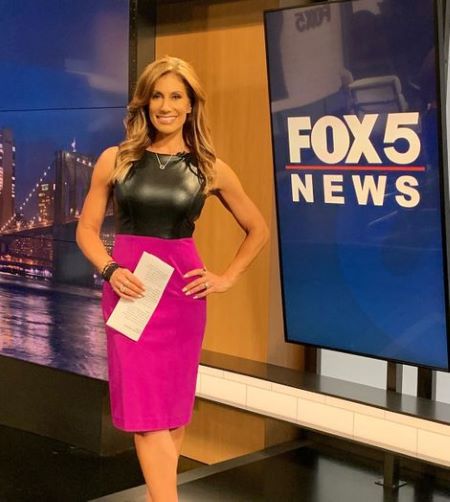 At present, Tina is a sideline reporter for CBS Sports Network, ESPN, MSG Network, NBA TV and FOX5 New York. On average, a sports reporter in the USA earns $39.1 thousand- $ 83.7 thousand a year.

The ever hustling Tina, also appears in Radio shows and hosts show "NBA weekend" in Sirius XM NBA Radio. The salary of a radio personality in the USA  is $45.7 thousand -$75.3 thousand a year.

Tina mostly works in Greater New York, but her residence is in New Jersey. The median price of the home in New Jersey is $327,800.

Tina Loves to Give Back to the Community.

The sports Journalist is involved heavily in charities and raises funds for the various non-profit organization. She has raised money for The Garden of Dreams, American Cancer Society, and Clara Maass Medical Center Foundation. She also regularly visits New York City Public Schools to motivate students with Sports and Arts in Schools Foundation. 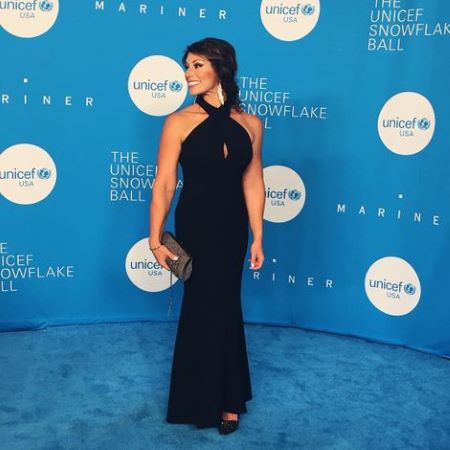 Kevin McKearney is a Statistician and marketing and public relation officer. He is married to sports Journalist for over 14 years.