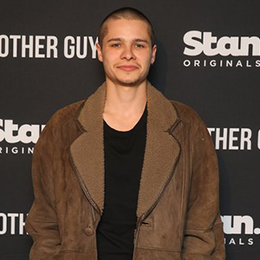 Rising actor, Tom Wallace rose to fame after portraying the lead role Campbell in Netflix's TV series, The Society. The star made his acting debut in 2009 in the film, Lucky Country.

Toby Wallace has won the hearts of millions of audiences at the very short period. But has the star found anyone who won his heart?

Is Toby Wallace Dating Anyone?

In January 2018, the star posted a picture with an actress, Markella Kavenagh. Have a look at the picture:

Due to such a picture, they were speculated to be dating. They, however, speak nothing regarding the rumor. Similarly, he also posted another photo a caption, ''couple a NY dab queens.'' 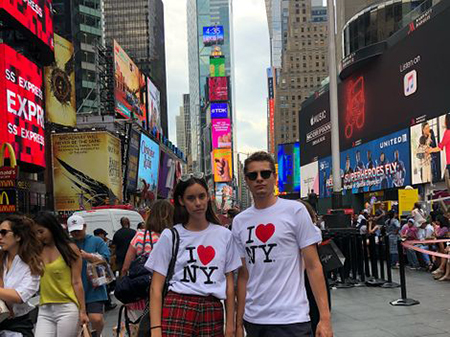 Toby Wallace with his rumored girlfriend.
SOURCE: Instagram
Many of his fans started raising questions soon after the picture was posted. Both of them, however, has not revealed anything yet.

Wallace often hangs out with friends in his spare time. Among all of his friends, he is very close to his co-star, Alex Fitzalan. Check out the video where they had a BFF test:

In the video, they mentioned that they used to stay together during the shooting of 'The Society.' Scrolling his Instagram account, he loves traveling and spending time with friends.

Wallace holds the net worth of around $500 Thousand. His acting career is the main reason behind his fortune.

When everybody comin at you.. @thesociety @netflix

Wallace similarly started working in Netflix web TV series 'The Society' since 2019 as Campbell Eliot, Sam's older brother, and Allie and Cassandra's cousin. The cast members of the series include Kathryn Newton, Sean Berdy, and Kristine Froseth among others. Moreover, a Netflix actor makes an average salary of $47593 to $56245.