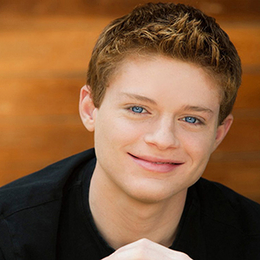 Sean Berdy is one of the talented actors who did not let his deafness to pull him back from being successful in his life. Despite the bipolar disorder, he never let his confidence down.

Sean Berdy is an actor who is living a blissful life with such a fantastic career. As of 2019, the star is neither married nor dating anyone. He is more to his career rather than involving in some serious relationship. He is hardworking and ambitious, which might be the reason for him focusing more on his career.

Speaking of relationship status, the 26-year-old American actor is spending quality time with his female co-stars. In addition to that, he shares a good bond with American actress, Gideon Adlon. The actor shared a cute picture of himself with the actress Adlon on May 17, 2019. Both of them looked happier together. Except for them, he is a good friend of actress Kathryn and Vanessa Marano.

In 2018, Berdy was rumored to be engaged to his rumored girlfriend turned fiance. He, however, is yet to reveal anything so, he might be possibly single.

Previously, the star dated his ex-girlfriend, Mary Harman. She is also deaf, just like Sean. The couple was private when it comes to their dating life, so the information of how they met and when they started dating have kept to themselves. But the relationship did not last, and the former girlfriend boyfriend broke up.

Berdy was born deaf to his deaf parents just like star Nyle DiMarco. Since the age of 11, he is battling with bipolar disorder. It is a type of mental illness which is marked by extreme shifts in mood. He mentioned that he is practicing meditation and exploring nature to treat the disease. Despite such disorder, he somehow manages to shine in the industry.

Berdy has an Instagram account which goes by ''seanberdy'' where the star has a great fan following. Even he posts no pictures; his account has over 458k followers as of 2019.

The star raised awareness for the deaf community by using his first language ASL (American Sign Language) in all his movies and TV series. For his great works and skills, he won Mr, Deaf Teen American in 2010.

Sean Berdy is an actor by profession who is active in the industry for years. The star has worked in several movies and TV series from where he inevitably makes a good net worth and salary.

Berdy has the net worth of around $2 million. He collected the amount from his career as an actor. The star worked in the movies by using ASL (American Sign Language) which is his first language.

In 2005, the star made his Hollywood debut in David Mickey Evans' movie, 'The Sandlot 2'. He worked in the film with Samantha Burton and Max Lloyd-Jones.

When it comes to TV series, he made his debut in 2011 in ABC  teen/family drama television series, 'Switched at Birth' as the lead role Emmett Bledsoe. The series starred Katie Leclerc, Vanessa Marano, and Lea Thompson.

Since 2019, the star is portrayed as the lead character of Sam Eliot in Netflix mystery teen drama web television series, 'The Society; starring Kathryn Newton, Kristine Froseth, and Rachel Keller. Moreover, a TV star makes an annual salary of $150 Thousand to $1 million. Sean has a hand full of projects from which we can see a rise in his net worth in the coming future.

Check out the video of Sean Berdy's ASL version of Enrique Iglesias' "Hero:" 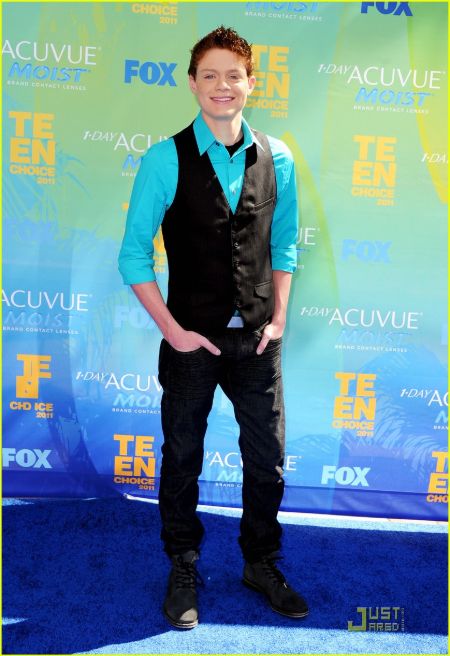 For more updates, stay with marriedwiki.com.