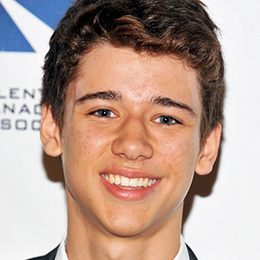 Rising actor, Uriah Shelton who started his career in acting from the tender age of 10 is successful in establishing his name in the industry. Till the date, he worked in several famous TV series including Blue and 13 Reasons Why.

Uriah Shelton is an actor who has a great personality due to which he grabs a huge fan following. He is successful to win the hearts of millions of audiences. But is there someone who won Uriah's heart?

Shelton is off the market. He is currently dating Annelise Grace. His girlfriend Annelise is an actor just like him who worked in theater plays.

Even if the couple has not mentioned the date when they started dating, their Instagram post tells everything. They started posting pictures together since April 2019 so, it seems like they began their relationship in the same month. 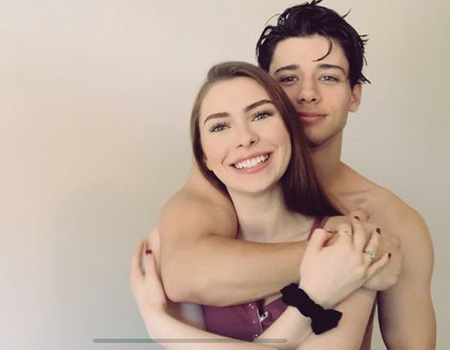 Uriah Shelton and his girlfriend Annelise Grace posing for a click.

The boyfriend-girlfriend often goes on vacation and spends most of their time together. By days, their relationship is growing much stronger.

Before Grace, Shelton dated MacKenzi Heyman. His ex-girlfriend is an actress and a singer. 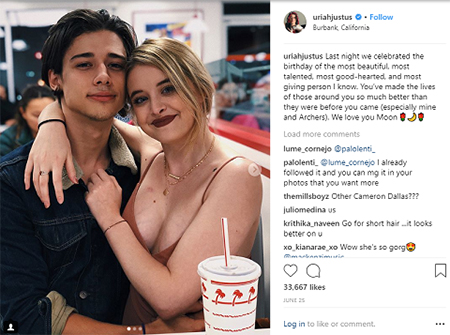 The star further was rumored to be dating his co-star Rowan Blanchard back in 2016 while they were working in the TV series, 'Girl Meets World.' The other cast members include Sabrina Carpenter and Danielle Fishel.

The pair later revealed that the speculation was completely false. Shelton even explained that Rowan did not like him and he didn't have any grudges against her and respected how passionate she was.

Back in 2017, the dashing actor got slapped with a restraining order after he allegedly kicked his Ex-BFF or sorta girlfriend in the stomach.  As per Shelton, he and the woman used to have a physical relationship.

Everything was going fine until one night when they had an argument, and his then girl blocked him from getting into his truck. The woman claimed that Shelton reacted with the blow. She even claimed that he threatened her by talking about his firearms.

After all this incident, the judge ordered him to stay 100 yards away from the woman.

Shelton is a big-time motorcycle lover. He enjoys riding bikes. Unfortunately, during his teens, he was involved in a bike accident due to which his six teeth were broken and also had minor lacerations on his face.

The star moreover suffered a broken femur. And a part of his large intestine was removed.

Apart from acting, the star is also involved in singing. He sang several songs which gained thousands of views on YouTube. He is also interested in playing soccer and martial artist.

Check out the music video of Uriah Shelton:

The star further is active on social media and has a great fan following. His Instagram account has more than 302k followers as of 2019.

Uriah Shelton is an actor by profession. He is the field of over a decade and has worked in numbers of movies and TV series from where he undoubtedly collected a good income.

Shelton has the net worth of $2 million. He is currently working on the upcoming series, 'Looking for Alaska.' The series' cast members are Kristine Froseth and Landry Bender.

Since 2012, the star is portraying the role of Josh in WIGS web series, 'Blue' starring Julia Stiles and David Harbour. From his role, he definitely earns a good salary. Moreover, he appeared in the recurring role in the Netflix hit series, '13 Reasons Why' starring Katherine Langford, Sheena Midori, and Jillian Norby among others.

Along with an actor, the star is also a model. He worked for several brands and companies. A model further makes an annual salary of $73 Thousand.

Apart, the star owns a Honda bike which worth around $184 Thousand maximum. Have a look at his bike: 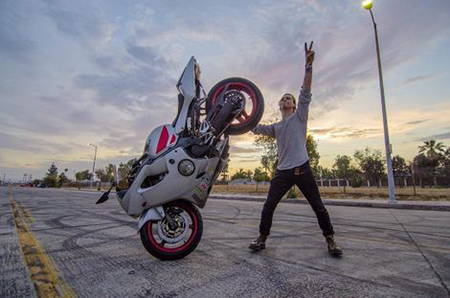 Uriah Shelton posing with his bike.

Shelton moreover is a dog lover. He has two dogs, Ningbo and Archer.