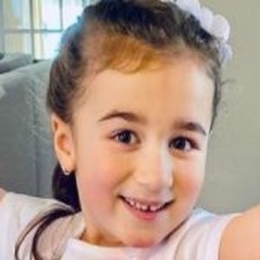 Totally resembling her father's face, Valentina Angelina Jonas is famous for being the daughter of singer Kevin Jonas and Danielle Jonas.

Valentina Jonas whose middle name is Angelina is the beloved youngest daughter of actor and singer Kevin Jonas who is best known for being a member of the band, Jonas Brothers. But, who is Valentina's mother? 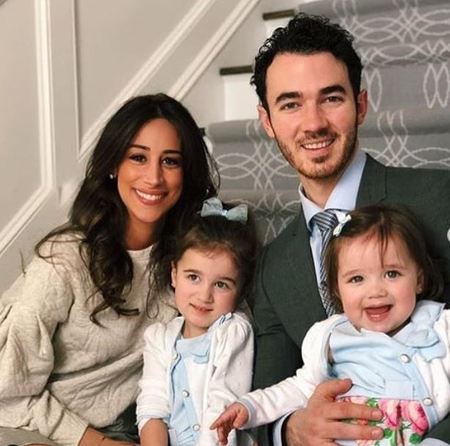 A family photograph of Valentina Angelina Jonas with her parents and sister. SOURCE: Instagram

The mother of Valentina is the beautiful Danielle Jonas who married her father in December 2009 at a lavish wedding ceremony at Oheka Castle, New York. And, Valentina was born in 2016 after seven years of her parent's wedding.

In addition, Valentina celebrates her birthday on 27th October which makes Scorpio her zodiac sign. Matter of fact, Mr. and Mrs. Jonas welcomed their youngest one seven months after they announced they were expecting their second child in April 2016. 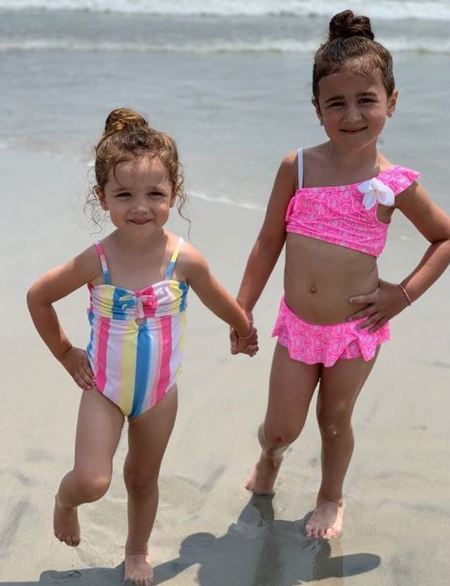 But, Valentina is not the only child of her parents as she has an elder sister named Alena Rose Jonas. Both Valentina and her sister Alena live in Los Angeles with their parents.

Likewise, Valentina and her sister Alena also have cousins from their father's side. And, one includes Willa Jonas, the daughter of Valentina's uncle Joe Jonas' daughter he shares with his wife Sophie Turner, best known for her role in Game of Thrones as Sansa Stark. Valentina's uncle Nick Jonas and his wife Priyanka Chopra also welcomed their first child, a daughter through surrogacy in January 2022. The name of the second cousin of Valentina is kept a secret, as of now. The Jonas family only continues to grow, clearly.

Career & Net Worth Of Valentina Jonas

Valentina Angelina Jonas is too young to embark on her professional journey. But, since she comes from a family of actors and singers, it wouldn't be shocking if Valentina becomes one in the future.

But, as for her parents, Kevin Jonas and Danielle Jonas appeared on their own reality family show called Married To Jonas. Not to mention, Valentina's father is also known for his work on Camp Rock, JONAS, Hannah Montana, and Disney Channel Games among others.

In addition, Valentina's father is expected to hold a net worth of over $40 million while her mother Danielle Jonas, a former hairdresser, and TV Personality bags a net worth of more than $5 million.