Home Article Age 56, Scottish-American TV Personality Craig Ferguson Married Three Wives In His Life, Has Two Children; Is He Dating Anyone At Present

Age 56, Scottish-American TV Personality Craig Ferguson Married Three Wives In His Life, Has Two Children; Is He Dating Anyone At Present 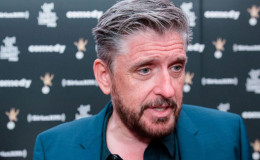 People tend to favor the TV show hosts who are funny, authentic and confident over the others. Craig Ferguson has got all of those characters and is relatable as well, which makes him one of the most widely acclaimed TV personality of present times.

Craig Ferguson came a long way professionally as well as romantically. Both of the aspects of his life has been quite a rollercoaster ride with its fair share of ups and downs.

Craig Ferguson is currently a married man but his love life has sure been an active one. Furguson is a very charming and charismatic TV personality who was married thrice in his life. Despite his two failed marriages, he is going on strong with his current wife Megan Wallace-Cunningham.

The two had previously met in the year 2005 and were purely plutonic at first but the casual friendship soon built up to a romantic relationship between the two. 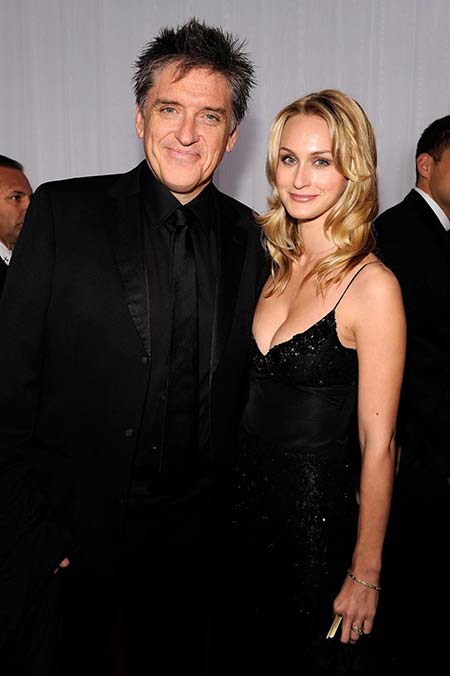 After two failed marriages fans were skeptical if Ferguson would marry again but to their surprise, he exchanged vows with Megan Wallace-Cunningham on December 21, 2008. Their wedding ceremony was a private one attended by their family and a handful of close friends.

The quaint ceremony was held at Megan's family farm in Chester, Vermont. Furthermore, the couple is also a parent of one child. They welcomed a baby boy, Liam James on January 2011.

Ferguson married three times in his life. The rollercoaster ride that is his married life began when he married Anne Hogarth on October 20, 1983. Though the couple was very much in love, they parted ways only after 3 years of eloping. The couple separated on 1986 but are said to be in good terms.

After divorce with his former wife, Ferguson tied the knot with Sascha Corwin, on July 18th, 1998. The former pair became parents to one son named Milo Hamish Ferguson in 2001. Unfortunately, his second marriage didn’t last long either. The husband and wife divorced in 2004 sharing the custody of Milo and reside in close proximity of each other in Los Angeles.

Pulling through all the heartbreaks and separations, Craig Furguson is enjoying a blissful life with his significant other as of now.

Though the media is keen to get a more descriptive glance at the private happenings of his romantic and family life, Craig is enjoying those aspects of life in the down low. He is not associated with any sort of rumors of extra-marital affairs.

With two Emmy Award under his belt, Craig Ferguson is one of the most successful Scottish-American television host and late-night talk host.

Along with Emmy, he also won Peabody Award for his late-night show, The Late Show with Craig Ferguson. He came to limelight after he portrayed the character of the Nigel Wick on the ABC sitcom The Drew Carey Show. 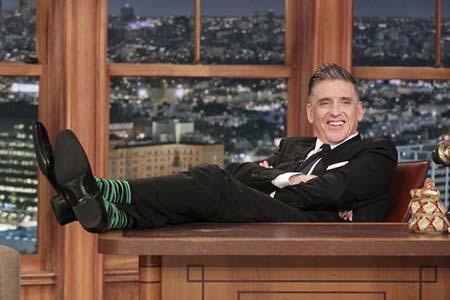 Ferguson commenced his career as a drummer in the entertainment industry. He was working his magic on those drumsticks for a rock band, Exposure, and a punk band, The Bastards from Hell.

The punk band changed its name to Dreamboys with frontman and vocalist Peter Capaldi, who inspired Craig to try comedy.

Talking about his acting career, he premiered the character, Bing Hitler in Glasgow’s Torn Theater and subsequently become a hit at the 1986 Edinburgh Festival Fringe.

In November 1994, Craig moved to Los Angeles to give his career a head start. His first role in Hollywood was baker Logan McDonough on the short-lived 1995 ABC comedy, Maybe This Time where he starred alongside Betty White and Marie Osmond.

The major breakthrough crossed his path when he was cast in The Drew Cary Show where he took on the role of boss Mr. Wick. His unique character portrayal received a positive response from the viewers and even after he left the show, he remained a recurring character on the series for the last two seasons.

During this time, he wrote and starred in three movies: The Big Tease, Saving Grace and I’ll Be There. He also spread his wings into directing movies for which he won the Audience Award for the Best Film at the Aspen, Dallas and Valencia film festival.

Ferguson hosted CBS’s The Late Late Show along with Craig Kilborn which aired on 3rd January 2005. Until 2007 season, The Late Late Show was one of the most viewed shows at the time surpassing major Late Nights hosts like Conan O'Brien and Jimmy Fallon. 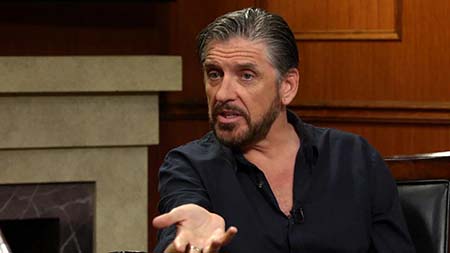 Stay updated with Marriedwiki for interesting Gossips and Biographies!!!