Home Article American actor Don Johnson Has Been Married Five Times; How many Children does he share?

American actor Don Johnson Has Been Married Five Times; How many Children does he share? 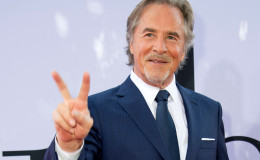 The golden globe winning actor Don Johnson came to limelight after appearing in 1980's TV series Miami Vice. Apart from a popular actor, he is also best known as an accomplished director, producer, singer, and songwriter.

Johnson is the real Hollywood macho, who captured millions of women's heart all around the world. But unlike his career, the personal life of American actor Johnson didn't go so smooth as you've ever wondered. Let's take a quick glance at Don Johnson's married relationship including his legal cases.

Heroic roles in dozens of movies gave him a successful career and subsequently, becoming an international star to live a lavish lifestyle with every ladies after him. Despite Johnson's successful profession, he also boasts a bright and vivid life personally along with his five kids.

He shared a rare image of her children in May 2017 along with Fifty Shades actress Dakota Johnson. 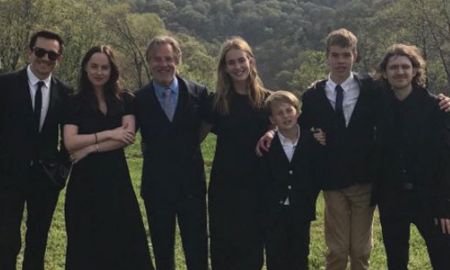 Don Johnson reunites with all his children.
SOURCE: Hello Magazine

He captioned the above image writing,

"My Beautiful children. At our farm. Grampa Wayne RIP."

Here's another rare image of the family making good memories together:

As a matter of fact, the American actor Don Johnson married five times altogether in his life, out of which he short-lived three relations. Reportedly, the first two marriage of Johnson got annulled within a matter of days.

Recommended: Dakota Johnson; is the 'Fifty Shades Freed' actress Dating someone? Know about her Affairs and Relationships

Firstly, Don Johnson tied the knot in 1968 and the second time in 1973. Both of these marriages didn't long and were very soon canceled. Perhaps, that's why the names of the first two wives are not known.

Nonetheless, some sources say that his first lady was a passionate dancer while his other woman was the lover of a rich man. 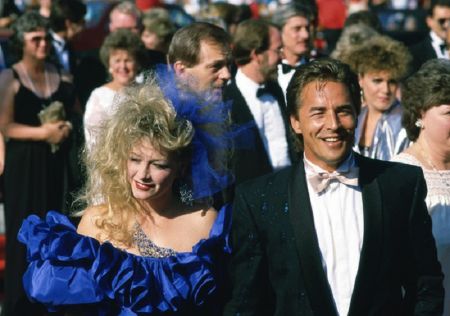 Since, 1981 until 1985, Johnson remained in a married relationship with Patti D'Arbanville, who is a model and an actress. With Patti, the Miami Vice co-star Don share a son, Jesse Johnson, in 1982 who later followed the footsteps of his father becoming a recognized actor.

Likewise, Melanie Griffith remained as the wife of Johnson for two times. The duo met in 1972 when she was only 15, and began dating. With Griffith, Johnson shared a daughter Dakota Johnson born in 1989. Similarly, she began working as an actor and as well as a model.

In 1976, the pair married but divorced a couple of months later. In 1989, Don and Melanie walked down the aisle once again until divorcing a second time in 1996. 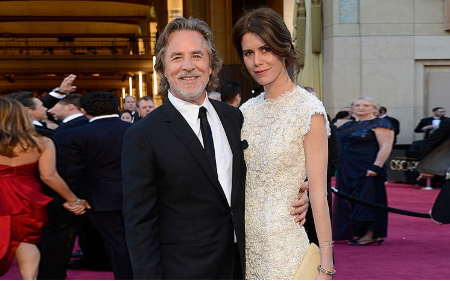 Born in 1999, Atherton became a passionate photographer while her junior brother Jasper born in 2002, is a basketball player. Furthermore, Don's youngest son Deacon born in 2006, is a social media star and a passionate gamer.

Don lives a blissfully married life with Kelley and their kids. Well, there are no controversy and extramarital affairs since then that may hinder their relationship. We just wish a long life journey to a married couple of more than 3 decades and even further.

Don Johnson made it to the headlines after a bank statement of $8 billion in the transaction were found in his car back in 2002. 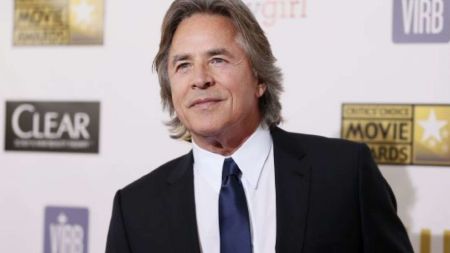 In the month of November 2002, German customs officers made a routine search of Johnson's car at the Swiss-German border. Reportedly, $8 billion bank transaction was found in the trunk of his car.

Meanwhile, Don got accompanied by three men in his black Mercedes-Benz. Many of them believed, that it Johnson was involved in money laundering, however, he made it clear of wrongdoing.

Likewise, in May 2008, Johnson paid off $14.5 million debt foreclosure within 24 hours of giving away Woody Creek, his Colorado home.

You May Like: Love Is In The Air; Chris Martin And Dakota Johnson Rocks Matching Tattoos

Also, a Los Angeles jury gave him $23.2 million in a lawsuit against production company Rysher Entertainment in July 2010. As from the reports, Johnson shared profits with his ownership of half the copyright of Nash Bridges.

Subsequently, Rysher announced that it would appeal the verdict. So, after recalculating the interest and avoiding an appeal, Rysher paid Johnson $19 million to end the lawsuit in January 2013. 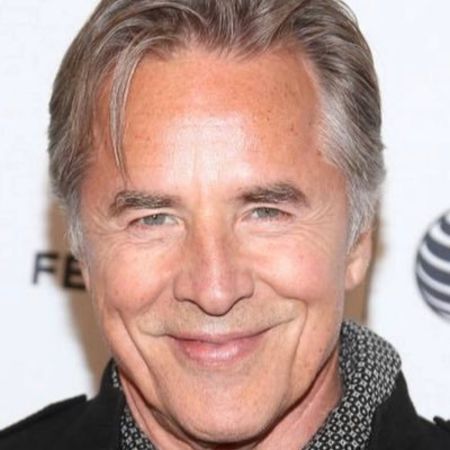 Do visit Marriedwiki.com/Article for intersting gossips and news!!!!