American Actor Henry Zebrowski Married Wife Natalie Jean in 2018; Know About His Past Relationship and Rumors 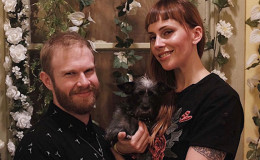 American Actor Henry Zebrowski Married Life With The Woman He Loves. Know In Detail About HIs Relationship Including His Past Affairs And Rumors.

When you enjoy being with the right person, marriage is just a tag to add later. Many of them fail to handle the first loved ones, but there are a few who manage it better until the very end of their marriage. The Comedian-TV actor Henry Zebrowski similarly handled his relationship with his longtime girlfriend!

Regardless of his huge success in career, the fans are always eager to know about the girl whom the comedian longs to make laugh, her entire life! So who is the lucky girl that got hitched with the iconic person of the industry?

The American actor Henry Zebrowski married his longtime girlfriend Natalie Jean in 2018. Being in a relationship for more than four years, the couple successfully walked down the aisle recently in November. Even so, their fans still have to wait for the good news regarding them welcoming any children.

These are some of the incredible shots taken by @mrbattle for our wedding, it’s amazing to see what it actually looked like because the day was so crazy, also my suit from @lordwillys is the best purchase I’ve made since my house boy Gharkon

The duo took their vows in a low key wedding ceremony. The duo didn't make an official announcement on their marriage. However, through their various photoshoot for a wedding, we can surely assure the actor and the ballet dancer did marry. Moreover, both of their family gave a green single to the relationship.

The chemistry between these lovebirds is getting stronger day by day. When it comes to flattering about his girlfriend, Henry is immensely full of love.

Although they can be far sometimes, his love for Natalie remains the same. Henry never hangs back from sharing the pictures of his wonderful wife.

Be that as it may, there are no extra-marital affairs and dating history outside the relationship between this duo. Also, Zebrowski remained far from any controversies that may hinder his relationship with Natalie. He enjoys spending a lovely time with his favorite woman.

Likewise, on October 13th, 2021, Zebrowski celebrated his third wedding anniversary, the Murderfist actor made sure to publicly honor his wife and marriage through an Instagram post.

Henry shared a beautiful picture of his wife and sweetly wrote, "Happy anniversary to my bride who fills my days with joy and my nights with TERROR! no it’s actually very fun to be married to Natalie always and I get to creep on you as you train."

As of now, Henry and Natalie are still yet to start a family of their own. Children seem to be out of questions for Henry and his partner as they don't want to deal with the responsibilities of parenthood.

Henry Zebrowski' Career And Net Worth

As a stage comedian, Henry Zebrowski gathered a handsome amount of money till date. The exact net worth is still under review, however, some sources revealed that his net worth might be around $200,000.

Nevertheless, the Wolf of Wall Street actor enjoys a lavish lifestyle which is visible through his posts on various social sites.

Initially, Henry began performing stand up comedian in the group 'Oncoming Traffic'. Eventually, he ended up performing weekly in a gay bar in the comedy group Murderfist alongside his sister Jackie Zebrowski.

Later that, chasing the American Dreams he then moved to New York City in 2006, continuing as a stand-up comedian. He landed up in minor roles in TV shows and series including Blue Bloods and Law & Order: Special Victims Unit. He portrayed a role in the drama White Irish Drinkers in 2010.

Above all, his major break came in 2011 after he co-hosted a weekly horror comedy podcast; The Last Podcast on the Left' with Marcus Parks and Ben Kissel.

You May Read: Comedian Rodney Carrington married to wife Terri Carrington in 1993 but divorced in 2012: See his Current Dating Life

In 2013, he appeared alongside Leonardo DiCaprio in the acclaimed Martin Scorsese film 'The Wolf of Wall Street.' The American biographical black comedy crime film solely made $392 million in the U.S.

Henry Zebrowski- Sell Me This Pen!- 'The Wolf Of Wall Street'

In addition, he played in the film 'Dirty Grandpa' which features two Hollywood iconic figure; Robert De Niro and Zac Efron. Moreover, he appeared in various TV series such as 'Angel from Hell', 'The Guest Book' and 'TipTank'. 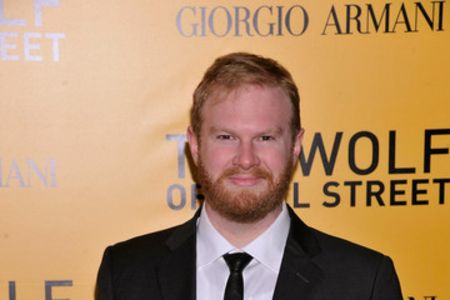