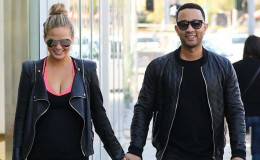 Chrissy Teigen who is in the limelight these days with some unusual Twitter posts married John Legend back in 2013; are very happy together.

American model Christine Teigen is happily married to John Legend back in the year 2013. Christine is a renowned model popularly represented by IMG Models in New York.

She is currently in the limelight due to her humorous Twitter post as she preserved the embryo in the frozen state. Many of her fans were confusion on the very topic and thought that she is actually pregnant for the second time.

Is she really pregnant or the story is something else? Let us find out!!!!

Christine Teigen; came in the Limelight this Time because of her Twitter Posts

'Damn how's my embryo gonna be in debt before it's even born.'

Many of her followers got confusion on the very post and thought that she was actually talking about the storage of the embryo right in her uterus; a pregnancy announcement. 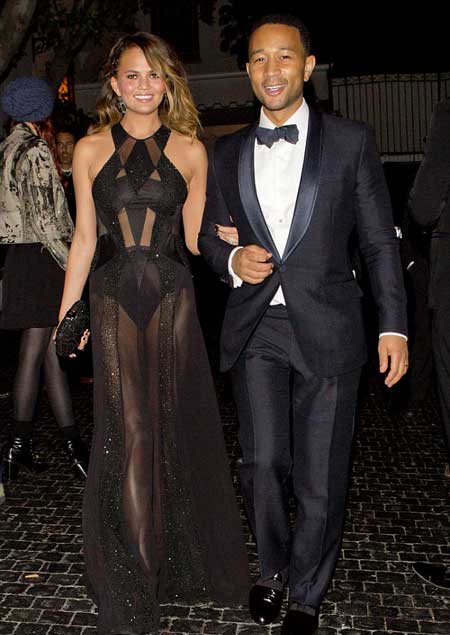 no....storage as in...a freezer. not my uterus. why would i personally charge it rent lol https://t.co/EyGvHAi1kq

Some of those who were unaware of the facts related to her complications in pregnancy asked why not to have a baby by a natural process.

Oh wow I didn't know you could do that. Would have saved me a ton of money. https://t.co/V75fZoEaS5

Well, this's not the first time that she faced a series of questions linked to her pregnancy dealing with years of fertility struggle to a hike back in the year 2015.

"I can’t imagine being that nosy, like, ‘When are the kids coming?’ because who knows what somebody’s going through, who knows if somebody’s struggling? "during an episode of 'FABLife.' I would say, honestly, [that] John and I were having trouble. We would have had kids five, six years ago if it had happened, but my gosh, it's been a process."

She was asked about her plan to enlarge her family and she told,

'The number of embryos we have left is not matching the number of people I want at my dinner table, so I’ll have to do it again.'

She further said that she definitely wants more children in her family.

'I would definitely adopt or have foster children. But I loved being pregnant.'

Chrissy tied a knot with American singer John Legend on 14 September 2013 in Como, Italy. The couple engaged back in December 2011.

It's almost been four years and the duo is very happy together with no sign of divorce. And the trolls and funny comments that they make for each other also show how healthy is their relationship. 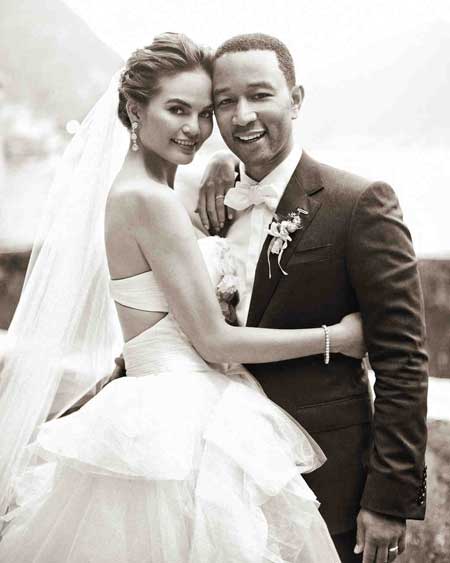 The couple during their wedding ceremony, Source: Martha Stewart Wedding

They are parents to a one-year-old daughter, Luna. She was born on April 2016 via IVF.

#Repost @johnlegend (@get_repost) Thanks to the good people at @airbnb for gifting me and my family a home away from home on tour! So nice to have a kitchen, a backyard, and a swinging patio couch!

Chrissy's one of those 'must-follow' personality on Twitter as she leaves no way to entertain her followers on a daily basis. She also criticizes her husband John more often regarding his singing skill.

Here you can see another post where Chrissy trolled John about his performance on The Voice.

She didn't even hesitate to call him a loser when he chose an inappropriate setting for a photo shoot.

Moreover, we can say that they are very happy and in love together. 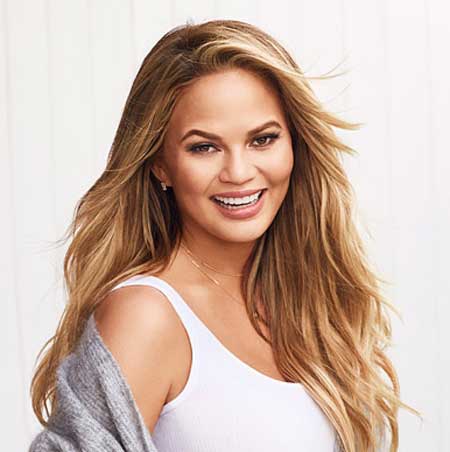 Well, all in all, we wish the couple all the very best for their successful personal and professional life in days to come.