Cuba Gooding Jr.'s Ex-Wife Sara Kapfer is Currently Single or Married,Detail About her Relationship and Children 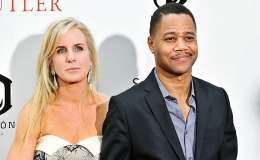 It's pretty normal to see people getting fame after marrying a famous partner. Sara Kapfer is no different who gained the wide interest of the public after she exchanged wedding vows with an Academy Award-winning actor Cuba Gooding Jr.

Sara Kapfer and Cuba Gooding Jr. lived a delightful married life for two decades. However, things came into abrupt ending when they got separated in 2014. With the end of the relationship, Sara stayed away from the limelight. So, fans are curious to know if she married again or is single? What is her relationship with children? We have all the details here.

The former teacher, Sara Kapfer met her ex-husband Cuba Gooding Jr. when both were a pupil at North Hollywood High School. It was Cuba who first showed interest on her and tried wooing her.

She was reluctant about their relationship at first; however, she later opened her heart towards him and started dating. 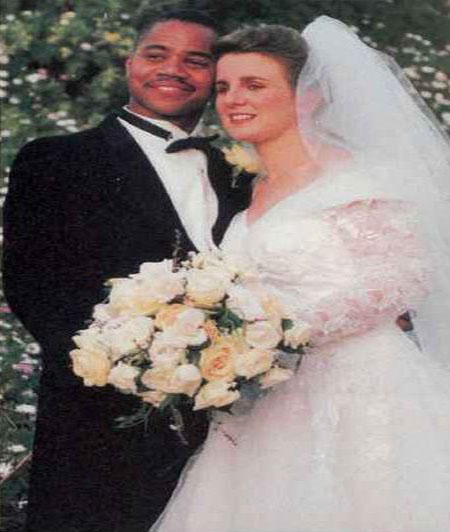 The high school sweethearts continued dating for seven years and finally walked down the aisle in 1994. The couple started a family soon after the wedding and welcomed first child, a son Spencer Goodling on 1994.

The pair second child is Mason Goodling who was born on 1996. He followed the footsteps of his father and now works as an actor.

It looked like Sara was living her best life, with the perfect family. However, the reality was much different, and the troubles of the family were revealed when Sara filed for divorce on April 16, 2014, citing irreconcilable differences.

No one knows the exact reason for their separation; however, some reports suggest that Cuba cheated on her multiple times during drunken stupor.

Cuba tried to reconcile with his estranged wife for the sake of their children; however, she was in no mood to change her decision. So, he finally gave up, and he eventually filed a petition to divorce her.

He requested joint legal and physical custody of their daughter. He also showed a willingness to pay for spousal support. The divorce is not finalized, and the proceedings are still going on.

Sara Kapfer was previously Married to Cuba Gooding Jr; What is her Current Relationship Status?

The former celebrity-wife, Sara Kapfer chose a low profile lifestyle after separation from her husband of 23  years Cuba Gooding Jr. She is not active on social media sites and stays away from paparazzi as much as possible.

She is enjoying her life away from the limelight and the constant scrutiny of the public. She, however, makes occasional appearances on her children, Instagram.

Sara moreover if dating would not want to make her relationship public, because of the unfinished divorce settlement.

What is the Cuba Gooding Jr Sexual Abuse Case? Know more about it

Gooding was then charged with forcible touching, a misdemeanor, and sex abuse in the third degree. Gooding pleaded not guilty to the charges and was released on his recognizance.

Gooding after release, filed a motion to dismiss the case, however on August 9, 2019, a New York judge threw out that motion and set the trial date of September 3, 2019.