Hailey Clauson is very happy in a relationship with her boyfriend Julian Herrera for so long.

Hailey Clauson is a popular model and also a cover girl for 'Sports Illustrated Swimsuit Issue' in 2016. Her gorgeous look, fit physique, and killer attitude are enough to make any men go crazy for her.

But Haley is not single as she is dating boyfriend; a model and gym trainer Julian Herrera. Undoubtedly one of the cutest couples in the town.

So, let us begin to discuss the relationship of the pair!!!!!!!

They have been in a relationship for so long and are happy together. The 22-year-old beauty is often spotted with her hunky boyfriend, Julian, both hanging out together.

Haley shared a romantic picture of the couple on Instagram sharing a passionate kiss at Sunset Beach Shelter Island. They looked amazing together.

Here comes another image of the duo enjoying a quality moment at Wellfleet, Massachusetts.

Both have an amazing body and are extremely good looking. Certainly relationship goals, what say, guys!!!!!!!! 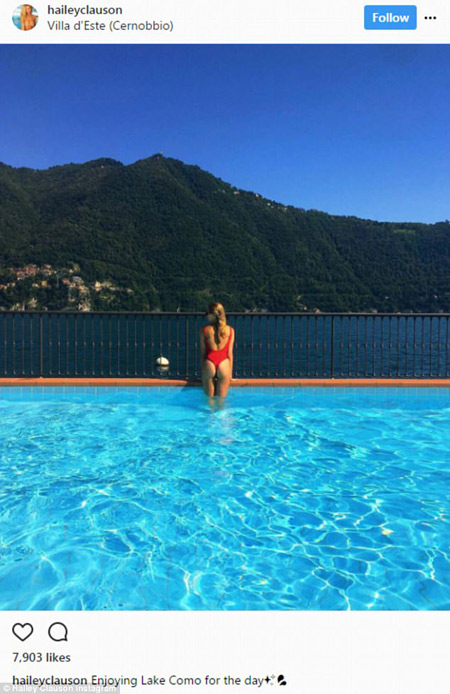 Hailey Clauson baring her bottom in a swimsuit as she takes a dip in a large pool, Source: Instagram

She also shared her photo on her Instagram wearing a skimpy swim suit taking a dip in the pool. Her boyfriend doesn't mind at all.