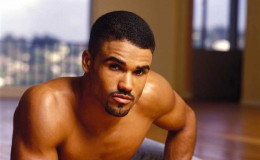 American Actor Shemar Moore is recently single but is deliberately waiting the love of his life to commence the conjugal life and live happily ever after.

Shemar Moore is an America actor and fashion model renowned for his portrayal as Malcolm Winters in The Young and the Restless.

The 47-year-old star has managed a long journey in the field of acting and has been succeeding in winning heart and soul of many people.

Sherman has recently confessed his desire of commencing his married life and being a father. Is he actually ready to have a wife? Let us find out!!!!!

Shemar is reportedly single these days but was allegedly dating Shawna Gordon in 2016.

Shemar and Shawna were reportedly seen hanging out and spending quality time in many public places. The couple began their affair back in January 2015. 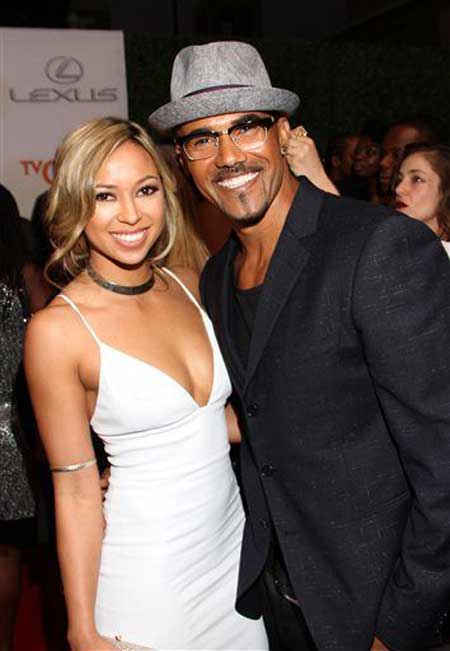 Beautiful Shawna and Shemar together in a photo shoot, Source: Havasu News

The crew of TMZ stopped the star with some questions on his personal life with his girlfriend and he answered,

"My girlfriend Shawna Gordon because she’s a professional soccer player. If she stands up and turns around you might just faint."

He even exaggerated Shawna's beauty and fit body and compared her abs with Christiano Ronaldo. He stated that Shawna is his ideal women and has finally found the partner for the lifetime.

But the thing is always not so simple. They broke their relationship with no buzz in media. The actual reason behind the split is not known until now.

REAL TALK..... STILL taking all this in... 23 years of blessings in my career and... NOW... FINALLY.... THE BIGGEST CHALLENGE and OPPORTUNITY.... of my career!!! I LOVE and APPRECIATE every step I've taken to get to this moment... everything good and not so good... every fan, homie, Baby Girl, AND hater... every character I have ever portrayed... it has ALL gotten me to and prepared me for... THIS MOMENT in my life... To be a LEAD and a LEADER of MY TEAM of MY OWN SHOW... I WILL GIVE IT EVERYTHING I GOT... but I am smart enough, wise enough, and humble enough to KNOW... I can NOT do anything GREAT by myself!!! "'Malcolm Winters' on "The Young and the Restless" and 'Derek Morgan' on "Criminal Minds" and everything I've done in between... ALL... groomed me for what I INTEND TO SHOW YOU ALL.... with 'HONDO'!!! You will also meet and enjoy a GREAT TEAM.. SUPPORTING TALENTED CAST.... of S.W.A.T. 2017.... Thursday Nov 2 at 10pm on CBS.... WE aim to make this show not just a great hit show.. but... a SPECIAL MEMORABLE and IMPORTANT show!!! ... HAPPY FRIDAY

However, the star is deliberately waiting for the love of his life at present. Here is an interview of Shemar Moore talking about his private life on Hollywood Today Live:

Criminal mind star shared his wish to have a companion for a lifetime,

"I'm blessed with this life, but I want to share it with somebody. I'm excited to say I do and excited to be a daddy."

As the star has made a full proof plan regarding his conjugal life we are eagerly waiting to see him in the level soon.

Shemore Moore Spoke About His Relationship With Anabelle Acosta

While appearing on Steve, he gave an update about his relationship with American actress Anabelle Acosta back in February 2018. When Steve Harvey asked about their relationship, he replied,

"It’s cool. She said to me, ‘Whatever the attraction is, the interest is there, but let’s work on being friends… Let’s get to know each other. Let’s vibe it out. Let’s not speed through it because you are cute, I am cute.’ We’re taking our time."

During the very show, he explained how he persuaded the gorgeous lady to go on a date with him. He disclosed that they first dated at the Grammys at LAX in January 2018. The two happily posed at the award function.

It's still a mystery whether the two are seriously in love or there's only friendship stuff between the two. The 'S.W.A.T.' star might be making an attempt to prove that he's not a gay simple being hooked up with some gorgeous figures.

Shemar Moore Once Rumored Of Being Gay

Rumors regarding the sexuality of the star arose back in March 2016 when Shemar was addressed at LGBTQ nightclub. He gave very strong answers to his speculations about being gay is 'simpleminded ignorance'.

Not hiding... just getting ready!!!! Things are starting to heat up... S.W.A.T Pilot starts shooting 3/22 for 3 1/2 weeks... met my leading lady love interest today STEPHANIE SIGMAN @stephaniesigman ... sweet and Latin sassy and very pretty... In the gym EVERYDAY getting my HONDO swag together... Studying my script everyday.. Fittings, rehearsals, training over the next two weeks... I'm DETERMINED to entertain you and show you ALL a whole new level of what I am capable of as an actor!!! This TRULY is a DREAM JOB for me!!! And now it's MY REALITY!!! I want to make S.W.A.T not just a cool TV show... but... Something MEMORABLE and GAME CHANGING!!! Always gonna lip sync, goofball, and keep my selfie game on fleek (such a stupid word . but right NOW, I gotta FOCUS and bring MY VERSION of "Hondo" to life!!! ..... we are not imitating or recreating the the 70's TV show or the movie from 2003.... THIS WILL BE A BRAND NEW S.W.A.T!!!!

'I just think it's all silly. If you're gay, you're gay. I'm not, and I know that and I'm very comfortable with who I am and I love women. I've dated plenty of them. If you think I'm gay, send your girlfriend over to my house for the weekend and see what happens. For real.'

'You can call that arrogant if you want to. I just call it confident. You can call me whatever you want, but you don't know me.'

He even left no chance to appreciate his gay fans for all their love and support,

'I have fans that are gay, men that come up to me, and they're inspired by me, or they like me as an entertainer."

"And when they want to give me a hug or take pictures with me, what, am I supposed to not put my arm around them or stand next to them, and if the man next to me in the picture is gay, that makes me gay? That's just simple minded ignorance, and I don't play that.'

Shemar clearified all the gay rumors with his strong message to the world.

He was reportedly in a relationship with many famous faces in past including Bobbie Philips, Toni Braxton, Halle Berry, Ashley Scott, Kimberly Elise, Gabrielle Richens, Victoria Rowell, and Lauriane Gillieron. 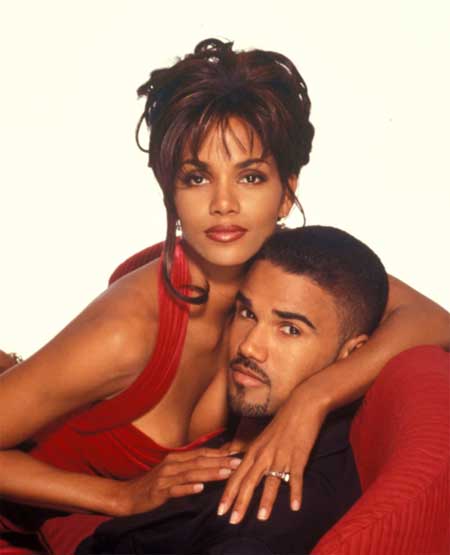 Shemar with his former girlfriend Halle Berry
Source: Rolling out 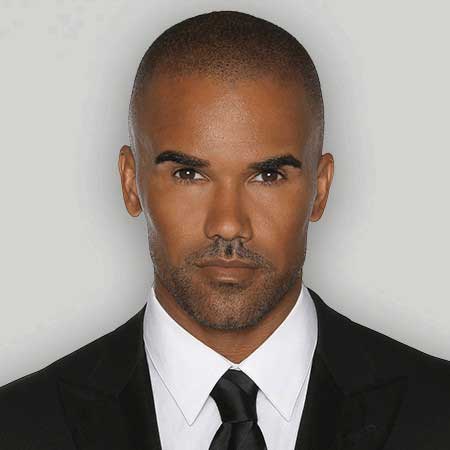 Well, all in all, we wish the star all the very best for his prosperous personal as well as professional life in future.