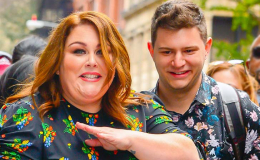 The American Horror Story alum Chrissy Metz is notably enjoying the best days of her life. She has been currently dating a new boyfriend Hal Rosenfeld for some months and they are almost inseparable.

Chrissy Metz was previously married to journalist husband Martyn Eaden but the pair could maintain their conjugal life as they filed for divorce after some years of marriage. And, of course, she dated a couple of guys in the past but all ended without a fruitful conclusion.

Chrissy Metz Dating a Boyfriend Named Hal Rosenfeld: Are They Getting Married Soon?

Things seem to be strong for the lovebirds as the couple's so serious about their relationship since the day they started the romance. 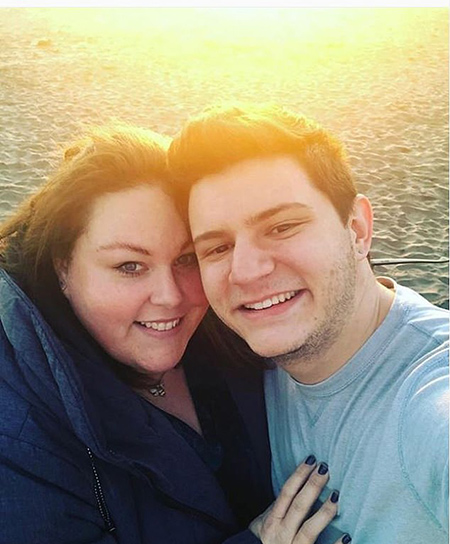 Metz shared an image with her beau placing her hand on his chest during a beachside snap in January 2019. The above image captioned,

'You'll never know dear how much I miss you'.

The wide smile on their faces on the sandy landscape and a gorgeous sunset in the background required no extra beautifiers.

Deep in their roots all flowers keep the light-Theodore Roethke

The pair were first spotted together at a jazz concert in West Hollywood with her fellow actress Francia Raisa in November 2018. Also, she celebrated her 38th birthday with a number of friends along with her new man Hal.

"There was a gentleman years ago when it was like not even cool to talk about that you met online. 'Like, you don’t mention it. And I didn’t…I didn’t, until now."

'This guy and I agreed to meet, and I think we exchanged one or two pictures. And we’re like, okay we’ll meet at this bar, at this time. And so literally I park my car, and I’m walking, he’s walking, we see each other and we’re like…neeee!'

'We didn’t need to waste time, you know like, we already figured it out. We knew!' Talking about their amazing bonding, This Is Us costume designer, Hala Bahmet spoke exclusively with Hollywood Life at the 21st Annual Costume Guild Awards in Beverley Hills,

"He comes to set and he’s just so lovely because he’ll bring her special juice and her special things that she really likes."

"To have someone from her personal life show up unexpectedly and bring her a treat, I think is really, really nice and they’re obviously in love. They’re really wonderful. I’m really happy for them."

Well, as it is no more a mystery that Metz is enjoying her days with her new love. Still, it seems the duo doesn't have any plans for their marriage. And, the day is not so far!!!

Chrissy Metz's Past Relationship and Affairs

The couple lived a happy family life until they separated in January 2013. Eventually, they filed for divorce in November the following year citing 'irreconcilable differences'. Their divorce was finalized on 11 December 2015. 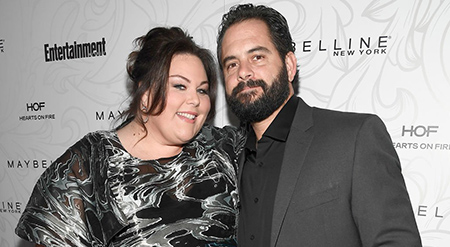 In fact, Metz stated that she is still friends with her then husband. She described him as a 'lovely human being' and added that the marriage didn't work because  "he wasn't my forever person."

Recommended: "This Is Us" star Chrissy Metz and Boyfriend Josh Stancil: See their Dating life and Relationship

Before Rosenfeld, she also dated US cameraman Josh Stancil. They met on the set of This Is Us where he worked as a camera grip which premiered in September 2016.

After dating for some period of time, she called it quits with Josh in March 2018. Talking to host Wendy Williams on 30th March, she replied,

Later, she confirmed that the former pair are still friends. 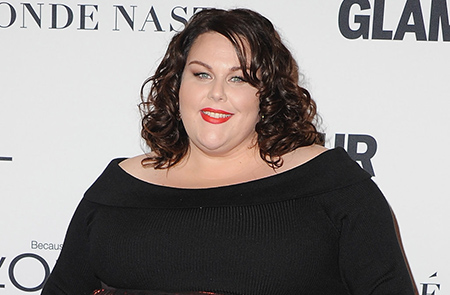