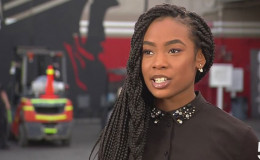 Know about the finalist from the 14th season of The Voice, Kennedy Holmes. Know how she began her singing journey bringing it all the way in making 5 superstars to eventually plead for her.

Looks like fame flocks to you even faster when you throw yourself early into the spotlight. And being able to turn the fondness of not one but four Grammy personalities, Adam Levine, Blake Shelton, Kelly Clarkson, Jennifer Hudson the ridiculously young talent, Kennedy Holmes seems to be destined for the inevitable eminence in the coming days ahead.

So how come this rising pop diva ended up mesmerizing these music veterans with such a juvenile tone of hers? Let's take it from the start! 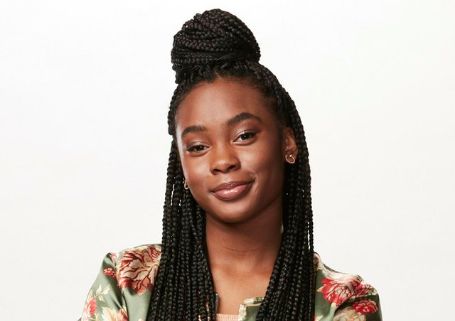 According to Kennedy’s mother Karen, Kennedy began singing when she was as young as a 2 year old toddler. Kennedy also considered dancing as her passion in between her growing ages. In fact the moves she made at the age of 10 on the cover of ‘I am changing’ became her first ever stage performance.

Her singing carrer began when in the following year she made her professional debut as little Inez in a production of ‘Hairspray’ at an outdoor theatre in St. Louis named, ‘The Muny’.

Kennedy became a sensation when on 4th july, she performed the national anthem before a St. Louis Cardinals game.

Eventually when asked about trying out for the voice at that age, kennedy replied:

“Why not? It could jump-start my career at a young age. I can learn from all the adults in the competition because they are all amazing.”

Fast forward 3 years and she was able to turn around all those chairs in the singing show.

Kennedy Holmes began her voice journey by hitting her notes first with song of Adele entitled ‘Turning the Tables’ in the blind audition. With all of the shows mentor beseeching her to join their team, Kennedy chose to tag along with her childhood idol Jennifer Hudson. 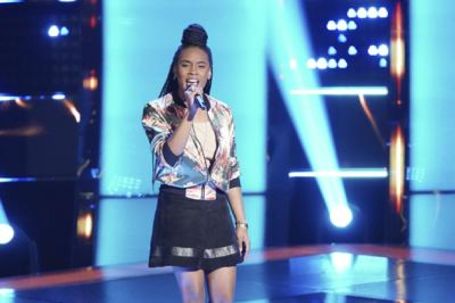 She then went on to rock the reality show’s rostrum with caroling her vocals through songs like Battlefield, What about us, Greatest love of all and so on.

After reaching the top 8 of the competition, Kennedy performed a song titled, ‘This is me’ but unfortunately couldn’t secure the top 4 directly and ended up in the bottom three.

Kennedy then competed in the last three among the likes of Reagan Strange and Makenzie Thomas. Nonetheless, she bounced back in the competition’s top 4 much to the public’s twitter vote.

On December 17th in 2018 Kennedy dueted with her mentor Jennifer Hudson on the voice finale in the cover of the song ‘Home’ with her solo on ‘confident’.

But, heartbreak again fell on her when she lost the crown to Chevel Shepherd from team Kelly Clarkson.

Yet Holmes became a fierceful competent during the show nabbing the fourth place in the final; not to mention she was also the youngest contestant of the season.

Also Read: Is Eric Stonestreet from Modern Family Gay in Real Life? Know about his affairs and relationship.

For now you better eye on this teen Beyonce because you can be damn sure that she is to top the pop genre charts in the future of the many billboards to come. 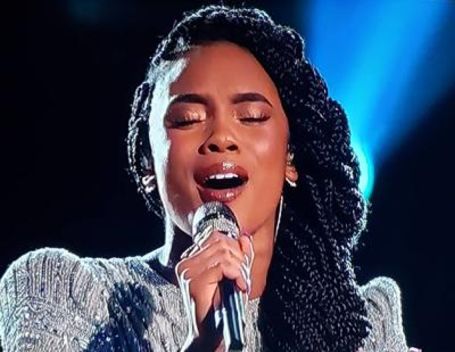 Check out marriedwiki.com for information on celebs.