Modern Family star Ty Burrell is Happily Married to Holly Burrell, "My wife has taught me about unconditional love" 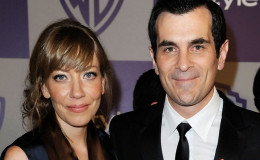 The most lovable actor, Ty Burrell who was ready to quit acting some eight years ago has now become the industry's one of the successful actors with four SAG award for Best Actor in Supporting Role and three Prime Time Emmy Awards for Outstanding Supporting Actor in Comic series.

The 50-year-old actor who's now part of the most successful comic show of America Modern Family has gathered tons of fans, and we all just love seeing this quirky, funny and cool dad of the Dunphy house.

And just like on the show, the actor is happily married to his leading lady Holly Burrell for seventeen long years with two adorable children by their side.

The year 2000 turned out to be a life-changing year for Ty Burrell, not professionally but personally as he married the love of his life, wife Holly Burrell on August 18, 2000, organizing a secret wedding.

They now reside in their beautiful home in Southern California but still own a cozy two-bedroom apartment in Astoria, Queens neighborhood which they have rent out. 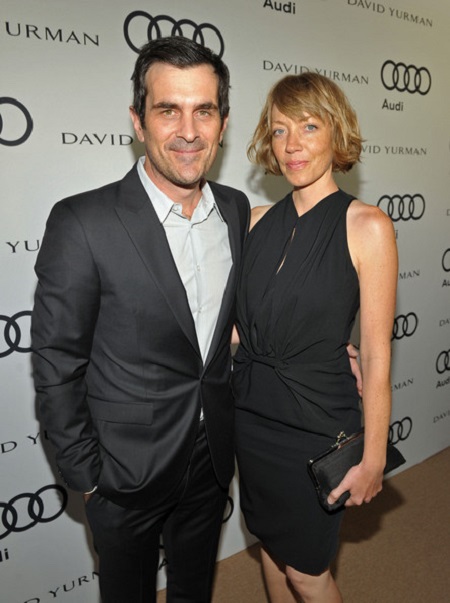 In an interview with GoodHouseKeeping, the actor revealed their strong relationship stating that his wife has always been his sole support.

"My wife has taught me about unconditional love. When there's a conflict, there's never thought that we won't work it out." 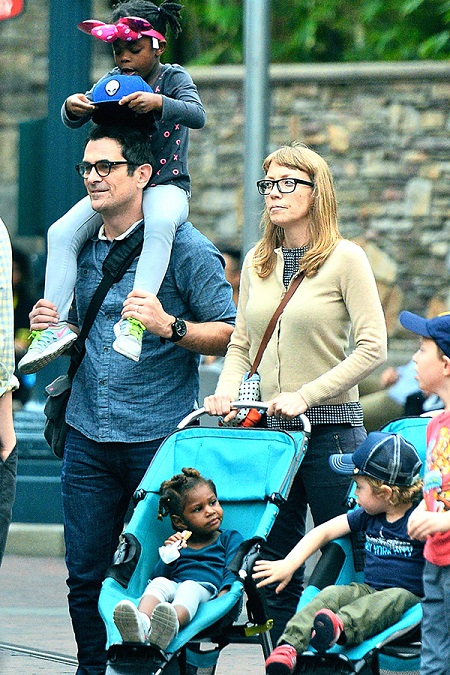 Ty with Holly and their two daughters, Frances and Greta
Source: Magazine

The adorable couple welcomed their first child announcing that the adopted a baby daughter, named Frances in 2010 and later in 2010, they adopted the second daughter, Greta. The happy family of four is giving us serious family goals, and we wish them best wishes in their future endeavors. 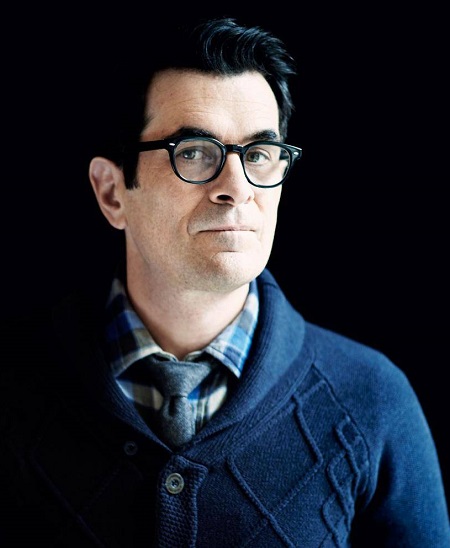