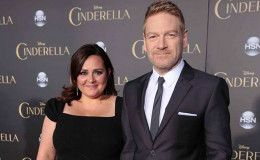 Kenneth Branagh is a Northern Irish actor, director, producer, and screenwriter; best known for adapting William Shakespeare's works like Othello, Henry V, Much Ado About Nothing, Hamlet and others into cinematic masterpieces.

Kenneth Branagh portrayed the role of Royal Navy Commander Bolton in Dunkirk, which earned him a lot of praises. The actor's portrayal of Hercule Poirot in Murder on the Orient Express also earned him critical praises and media attention for his beard and a mustache.

The multi-talented actor is currently married to Lindsay Brunnock and enjoying blissful life. If you are craving to know about the saga of love between Kenneth Branagh and his charming wife Lindsay Brunnock; then you have arrived at the right place to quench your thirst for curiosity.

The man of many talents and unquestionable charm, Kenneth, has been married to film art director Lindsay Brunnock since 2003. They met each other for the first time, during an event in 1997.

Apparently, Kenneth Branagh's former lover Helena Bonham Carter was the one who introduced him to Lindsay Brunnock. However, nothing clicked between them during their first encounter. In an interview, Lindsay revealed that she was instantly smitten with Kenneth's charm during their first meeting.

Little did the couple know that they would fall head over heels in love with each other; after their second encounter. During the filming of Channel 4 drama 'Shackleton' in early 2001, they met again for the second time.

This time, a spark of love flame engulfed them. Perhaps, it was written in their fate to fall in love after meeting each other for the second time. 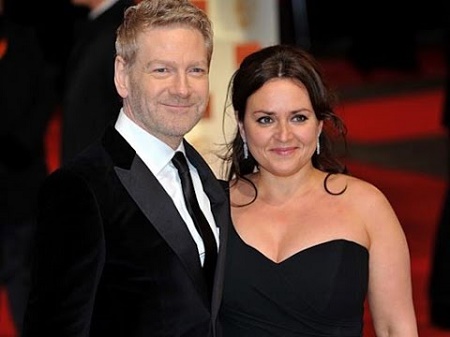 After dating for two years; the lovely couple decided to tie the knot in 2003. They married each other during a small private ceremony in New York, amidst only seven invitees.

Also, see; American Television Personality Antonia Wright is Married twice. Is she Dating someone after Divorcing both the Husbands? Find out

Not much detail has been revealed about their marriage, but it is speculated that their marriage was kept low-key to avoid much media attention. As per the report, Kenneth informed his parents of his marriage with Lindsay only when he was on his way to the airport to fly to America.

Kenneth and Lindsay are enjoying a blissful marital life. They haven't shown any sign of conflict, disagreement, and weakness in their marriage. They are giving serious couple goals to other celebrities in Hollywood.

It is believed that mutual trust, love, support, respect and non-interference in each other's works have contributed to their long marriage. 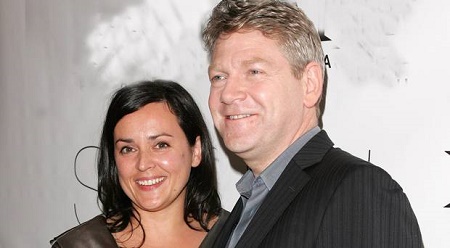 Lovely Couple Kenneth and Lindsay all smile during an event
Source: Belfast Telegraph

Kenneth Branagh and Lindsay Brunnock seem to be crazily, deeply and madly in love with each other.

The couple has rarely been seen together in public places. But, they only prefer to appear during the red carpet premieres of Kenneth's movies, promotion of movies and award function together.

They do not let their professional lives meddle their private life. In late 2017, the couple was photographed by the paparazzi holding hands together at LAX airport.

Discover; Swedish Singer Agnetha Faltskog Married Twice and Has Two Children; Is She Dating Anyone at Present? First Divorce Led To Downfall In Her Career

During their appearance at LAX airport; Kenneth was wearing an ivy-colored jumper, all-black outfit, and spectacles.

While Lindsay was wearing all-black outfit for her top to toe. However, the attire didn't help them to avert the eyes of the public and paparazzi. 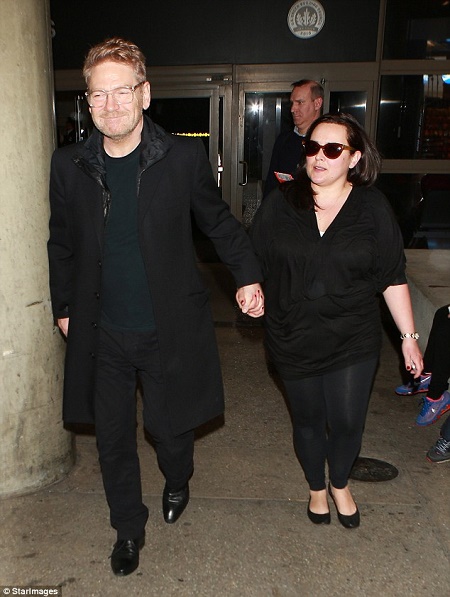 Married for 15 long years and counting, the couple does not shy away from showing their love to the public. They never fail to show up in public program and events together.

They promote their works together and are always seen as a newlywed couple. The couple hasn't parented a single child as they feel complete with each other.

The couple lives a happy life in Berkshire with their pet dogs. They also have great chemistry and strong bonds with each other.

Kenneth Branagh's Past Marriage And Affairs

Before he met Lindsay, Kenneth Branagh was married to actress Emma Thompson, who was his co-star in 1992 movie Peter's friends. Not much detail has been known about how and when Kenneth met and fell in love with Emma. 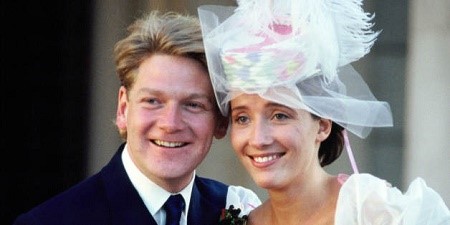 Kenneth and Emma Thompson all smile during their wedding
Source; Huffington Post

Kenneth and Emma had got hitched in the year 1989. Their marriage went smoothly for a few years until, Emma caught him red-handed, having extramarital affair with another actress Helena Bonham Carter.

Kenneth's lies, cheats, and dishonesty in their relationship forced Emma to separate from him. They ended their six-years-long marriage and got divorced in the year 1995. 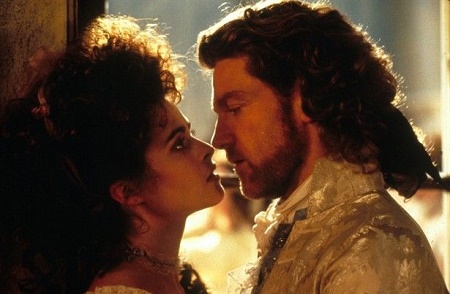 In an interview, Emma Thompson revealed that her marital life and heartbreak with Kenneth Branagh was a catalyst to perform an emotional scene in the movie 'Love Actually'.

Emma has moved on from her heartbreak and found love with Greg Wise, whom she married in 2003. She has forgiven Helena and harbor no ills towards her. She has made peace with Helena and doesn't think much about her relationship with Kenneth.

"You can’t hold on to anything like that. It’s pointless,”. “I haven’t got the energy for it. Helena and I made our peace years and years ago."

While married to Emma Thompson, Kenneth was involved in an extramarital affair with his Mary Shelley's Frankenstein co-star Helena Bonham Carter. He met Helena during the filming of 'Frankenstein' in 1994.

They started seeing each other during shooting schedule and after the shooting was wrapped up. Their affair was instrumental in the well-synced chemistry between the duo in the movie. 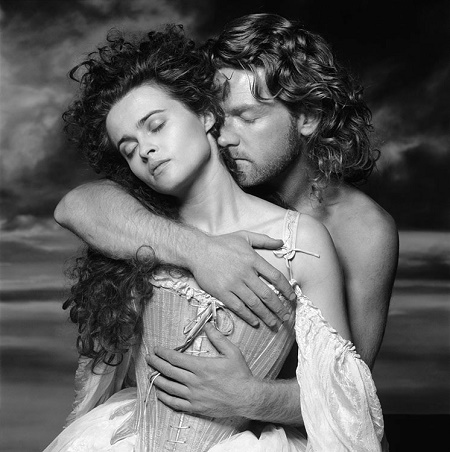 Kenneth Branagh and Helena Bonham Carter dated each other for few years after Kenneth's divorce with Emma was finalized in 1995. Kenneth and Helena ended their 5 years long affairs in 1999.

As per the report, Kenneth Branagh dated Joely Richardson from 1985 to 1987. Not much detail has been known about his relationship with Joely.

It is even speculated that Kenneth dated Alicia Silverstone for a year. 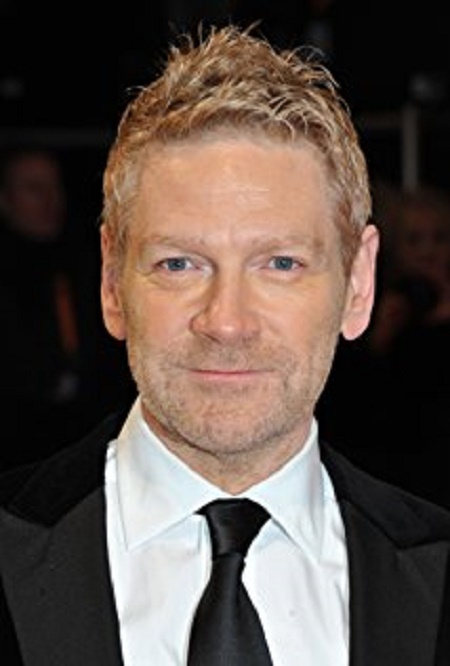