Home Article Shameless Actor Ethan Cutkosky is Single or Dating? Know About his Girlfriend and Affairs.

Shameless Actor Ethan Cutkosky is Single or Dating? Know About his Girlfriend and Affairs. 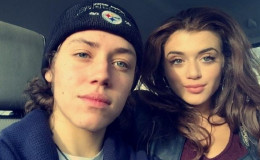 Shameless actor Ethan Cutkosky is one of the famous actors achieving great success at an early age. He has a great fan following and each one of them is very curious about his love affairs.

If you guys wanna know whether the star is still single or dating someone special, just dive in!

Like much other renowned celebrities, Ethan tries to maintain his personal life low profiled. The growing popularity with his rising career has increased his fan followers and they are desperate to know some information regarding his love life.

Ethan, who was selected as a lead in the Showtime series Shameless(2011) playing over 70 episodes as Carl Gallagher tried harder to escape the limelight but failed in his attempt.

Some sources claim that the handsome heartthrob is dating Brielle Barbusca. It is said that the couple has been in a relationship for three years.

Happy birthday to this amazing and beautiful girl right here? i love you and i miss you so much Brielle have a day as a speical as you are ????

The above post clarifies everything. The heavenly couple is very happy in their relationship.

Brielle is also a rising actor who began her career playing some TV shows and feature films. She performed recurring roles on shows including Royal Pains and Hope & Faith.

In addition, she's best known for portraying the role of the daughter of Debra Messing on the USA hit TV series The Starter Wife.

The gorgeous lady celebrated the birthday of Ethan back in the month of August this year. Just have a look at the Twitter post:

happy birthday to my favorite person in the whole world @EthanCutkosky ???????? pic.twitter.com/mJpNywveVJ

The actor was arrested hours after celebrating his girlfriend's birthday in 2017. He was charged with DUI as he smelled marijuana. As per the Law enforcement, he may face six months in jail and a $1000 fine.

Well, let's expect some good news about the couple in the following days. 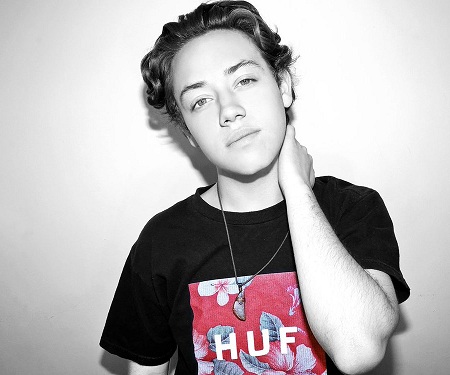