Home Article Singer Jonathan Davis Had Two Tragic Marriage Lives; What to know about his Past Marriage life? Is he Married Again?

Singer Jonathan Davis Had Two Tragic Marriage Lives; What to know about his Past Marriage life? Is he Married Again? 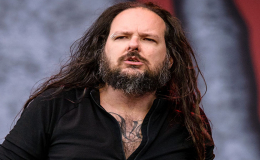 Relationships are bound to go through the test of time. The road is not always plain sailing. Some couple sucessfully comes over a difficult time, some don't.

The lead vocalist of the nu-metal band Korn, Jonathan Davis was unsuccessful in terms of stable relationships. He married twice and unfortunately failed both time. What were the reasons for his tragic married life? Know the details of his married life and relationship status in the article below:

The heavy metal singer Jonathan Davis was first married to Renee Perez. He married his high school sweetheart in a Medieval-themed ceremony on November 28, 1998. Artist such as Snoop Dogg and Robin Thicke also married their teen love. 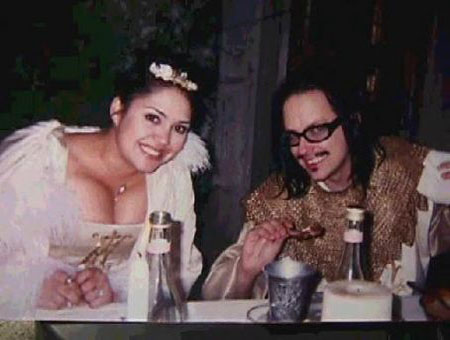 The couple was dating for seven years before marriage and gave birth to a son Nathan Howsmon Davis on October 18, 1995. With this long understanding for one another, everyone was expecting a blissful life for these lovebirds.

Sadly, the reality could not be more different as the pair separated only after two years of marriage. They filed for divorce in 2000, and the couple officially separated in 2001. Unfortunately, for other celebrities like Cedella Markey's father Bob Marley, it was the singer's death that separated him from his wife, Rita Marley. 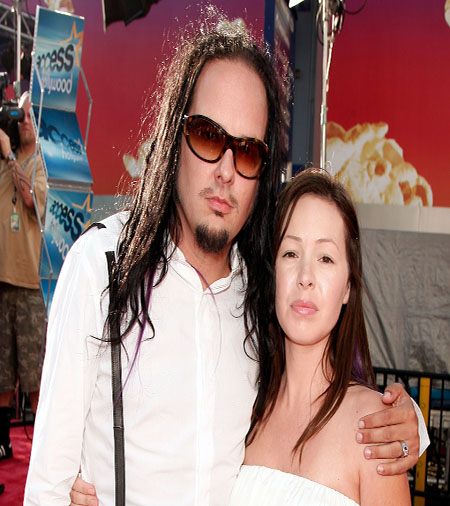 The pair welcomed their first child, a son Pirate Howsmon Davis on March 18, 2005, and second son Zeppelin Howsmon Davis on April 28, 2007. He gave his middle name Howsmon, to all of his children.

Jonathan and his spouse Davis relationship also started turning sour after some years. The singer filed for divorce in December 2016 citing irreconcilable differences.

The relationship, however, took even more bad turn when Jonathan filed for a domestic violence restraining order against Deven. The order was permitted and prevented Deven from visiting their two children and even their family dog Chaos.

The order, however, was not implemented as Deven died on August 17, 2018, due to an accidental overdose. She joined the long list of celebrities who have died because of drug overdose including John Belushi and Verne Troyer.

Deven was struggling with a substance abuse problem for the past two decades. According to the autopsy report, she ingested a lethal combination of five different drugs. Jonathan finally opened about his estranged wife died in a lengthy tweet. He started the tweet by saying:

"There has been a lot of speculation over what happened to surround the death of my wife, Deven, and I want my voice to be heard. Over the past decade, my wife has been very sick. She had a serious mental illness and her addiction was a side effect. I loved her with ALL of my being. When she was her true self, she was an amazing wife, amazing mother and amazing friend.”

He ended the tweet by reinstating his love for her and saying that he swears one day he will be by her side when his ride here on earth is over.

Jonathan Davis who has worked previously with artist such as Chuck Mosley is still processing the tragic loss of his wife and using his music as catharsis. He worked in the album The Nothing with his fellow band members and used the songs to process the grief.  The album is set to release on September 13, 2019.