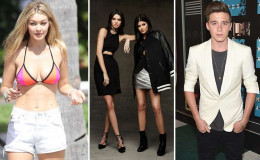 There are many star kids but some of them are not that famous and some are more famous than their parents. Let us see them here.

'Born with the silver spoon in mouth', the children of the popular stars becomes famous before they even debut in the entertainment field. And we must not forget star kids are always paparazzi's favorite.

Some of them choose to follow different paths, unlike their parents and some follow their folk's path and try to make a name for themselves as well.

Today, we present you the list of top ten star kids who have already managed to walk the path of being famous and rich just like their parents. Let us take a look together.

He has also inherited his mother's American genetics as well. 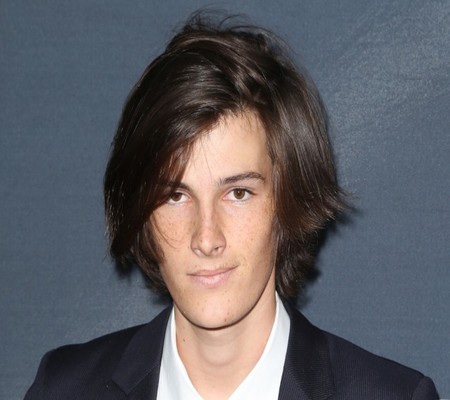 He was born in Los Angeles, California and as of now, he is 20-years-old. Now there are a number of female fans that follow him and we cannot blame them as he is just too good looking.

He is currently working on various projects, he has also signed many modeling contracts as well. He is also in contract with Burberry and is going to show his talent in the spring/summer issue of the magazine.

Although, he is staying low profile right now but we are sure he will make a name for himself with a bang.

Who does not know the famous Jaden Smith? He is not only a good rapper but also a good actor. He is now a grown up and he is trying to walk in the step of his father. 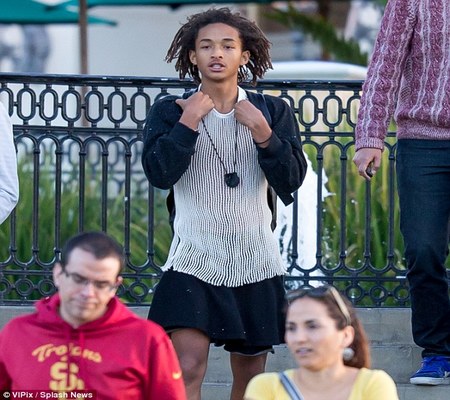 He is the only son of the famous actor Will Smith and Jada Pinkett Smith.

Jaden is known for his out of the world fashion taste and he showed his fashion sense when he wore a skirt instead of a pant in Louis Vuitton's Spring 16 campaign.

He rose to fame after he starred in the movie The Karate Kid alongside Jackie Chan. He is currently focusing on his music career and also working on some movie titles.

Many of you may not know but Dylan Penn is the only daughter of the famous actors Sean Penn and Robin Wright. Dylan has really inherited her actor parents genes as she is just as hot and beautiful like them. 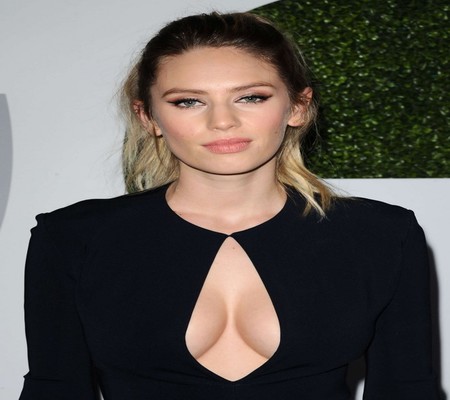 Her mother still looks so young and beautiful that she is sometimes mistaken for Dylan's sister. They were recently spotted hanging out on the beach and soaking up the sun. Both of them were looking so hot.

She has landed major modeling contracts on brands like Gap Factory Denim and Frye. She has even made on the list of Maxim's Hot 100.

Well, she was famously known for dating the pop star Justin Beiber, but she is also known because of her star parents Lionel Richie. She is just 18 years and already making headlines all over the globe. 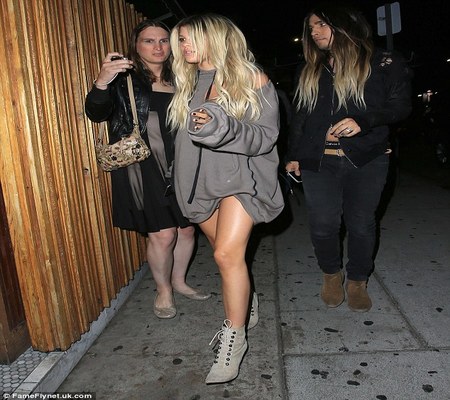 She was also recently spotted with Brooklyn Beckham and Lewis Hamilton. She is also famous for her work as is currently working for the magazine Seventeen.

Similarly, she has also appeared on The Yeezy Show.

As of now, she is working for the magazine Seventeen and in the near future, we can see her as a big star of the Hollywood.

If you are the son of Cindy Crawford and Rande Gerber, then you are bound to look good. Same goes for her son Presley Garber.

The teenager is in the headlines since he was a child. When he was a boy his signature gesture was showing the middle finger to the paparazzi. Yup, it was a pretty edgy gesture, to say the least. 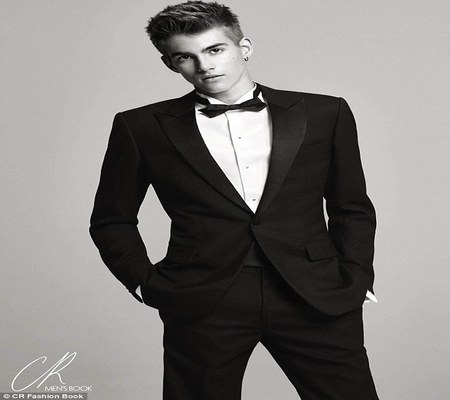 But now he is a grown up teenager and is in news due to his hot looks. He is currently working as a model for various big fashion companies like Dolce & Gabbana and Moschino.

He is still very young and has much to learn, but if he goes at this rate then surely he will reach the level of his mother.

Just like her brother Presley Greber, Kaia is also a model and she is much more famous than her brother.

Being the only daughter of Cindy Crowford and Rande Gerber, she has also inherited genes of her famous parents. 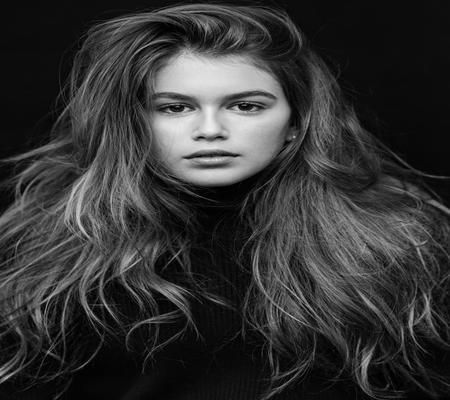 Kaia is younger than her brother, but she is more famous than him. She is currently 15-years-old and she has garnered many modeling under her belts.

She is currently working in a modeling campaign for big companies like Vogue Paris and Miu Miu.

Recently, she was spotted with her mother attending Kendall Jenner's 21st birthday. Both of them are very close friends.

Apart from her facial expressions, Lily has also inherited her father and mother's youthful beauty. She is the only daughter of famous Hollywood actor Johnny Depp and renowned French singer Vanessa Paradis. 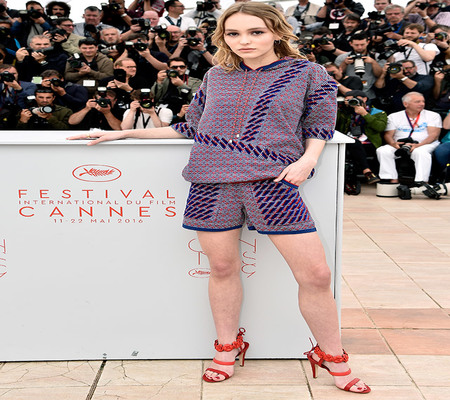 She has half American and half French ancestry and that may also be the reason for her beauty. She is proving herself in the modeling industry and she has also starred in the movie Yoga Hosers.

She is very young right now, only 17 years old and she will definitely make a name for herself just like her father and mother.

Gigi Hadid has already made a name for herself all across the world as she is the girlfriend of Pop sensation Zayn Malik and she is also a big time model as well. 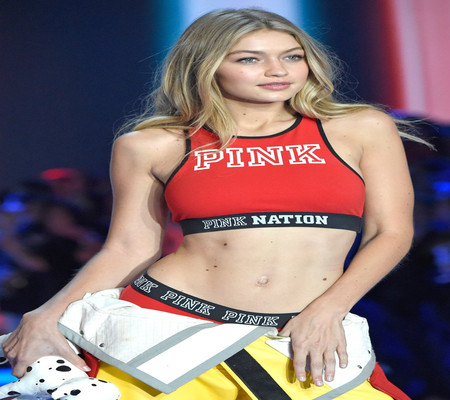 Her mother Yolanda Hadid is also a big time actress most famous for her role in the TV series The Real Housewives of Beverly Hills. She also has a sister named Bella Hadid.

Gigi is a very big model at this time and she has featured in some of the most prestigious magazines. She is currently signed to Gucci.

Kendall Jenner and Kylie Jenner are the daughters of Kris Jenner and Caitlyn Jenner, formerly known as Bruce Jenner.

Kendall is a very big model who has worked for many big fashion companies like Vogue, Victoria Secret, and Love. She has many fans all around the world as she has 65 million fans on Instagram. 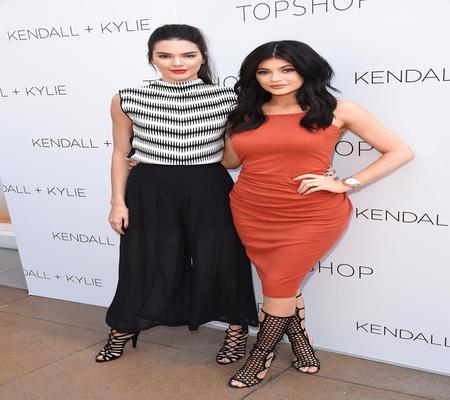 Her sister Kylie, on the other hand, is also a model but she more popular for her work in the TV series Keeping Up with the Kardashians.

Additionally, she is also known for enhancing her lips and some other parts of her body.

Both sisters are in their early 20 and they are very famous at this age. No wonder Kris is proud of them.

Now we know that you will definitely agree to the number one spot. Brooklyn Beckham is most probably the most famous star kids.

He is the son of the legendary footballer David Beckham and model Victoria Beckham. 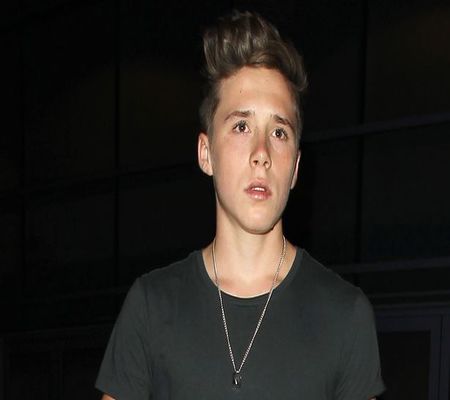 He has definitely inherited his father's god-like looks. He is currently working as a model and also playing professional football.

One could expect hanging out with friends and focus on other things at his age but Brooklyn is a very hardworking guy.

His female fan following is going to surpass his father's sometimes sooner. We wish all the best to all these star kids to have a best and sucessful life ahead just like their parents.