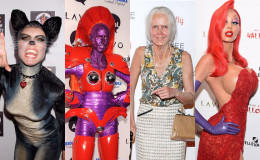 So, if you're planning to transform your Halloween costume from a mediocre, vampire to famous Hollywood couple themes, then you've landed at the right place.

Here are the top eight celebs-inspired Halloween costumes you should definitely wear with your partner on this year's Halloween!

In the comic and cartoon world, Popeye and Olive's love story was the most beautiful one and perhaps every child's favorite characters as a couple.

And their costumes, Popeye's sailor hat and uniform while Olive's pretty, not so extravagant skirt and casual top with a scarf would definitely look good on you and your partner. 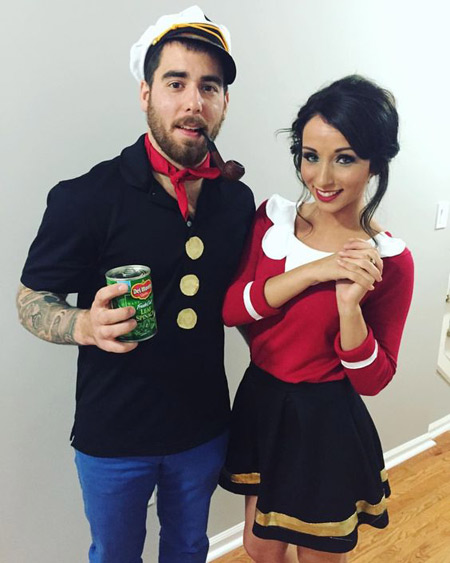 Not only this, you don't need extra props, just a can of spinach and a tobacco pipe would do the job!

The silent and yearning love story of two reporters, Kent Clark and Lois Lane is Hollywood's one of the incredible love stories of all time.

Portrayed by actor Brandon Routh and actress Kate Bosworth, their simple yet passionate chemistry is worth a try. And when Superman rescues, beautiful Lois Lane in every single fight and takes her away amidst the clouds, it just melts our heart. 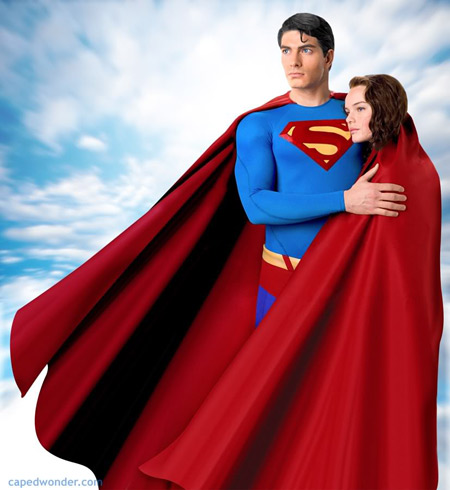 So, if your man is a nail biting fan of Superman and you love being a sexy yet smart reporter then this theme is perfect for you.

6. Mr. B and Carrie Bradshaw

You might think we're going off the track but, Mr. B (Chris Noth) and Carrie Bradshaw(Sarah Jessica Parker) Halloween theme is not a bad choice! You can recreate this scene from Sex and the City with a green dress for your girl and a subtle black tux for yourself. 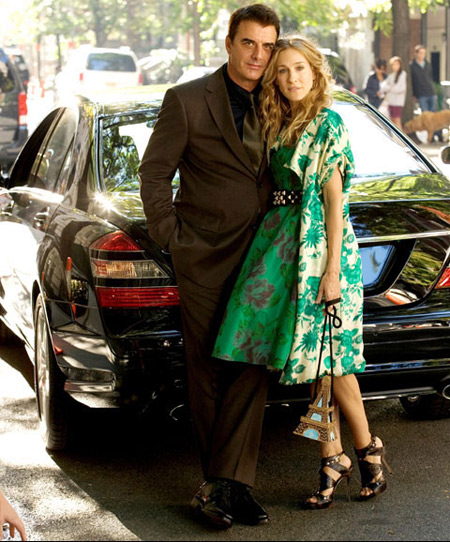 To add more, you can also take up Carrie's signature makeup and hairstyle along with an Eiffel Tower Bag. The look would definitely stand out and appear more classy and elegant.

Johnn (Patrick Swayze) and Frances's (Jennifer Grey) as a couple has been topping off the charts since the late 80's as their story is a legendary one. The iconic dance moves, the drama, and love between the two is pretty amazing and it'll be honored to copy their style. 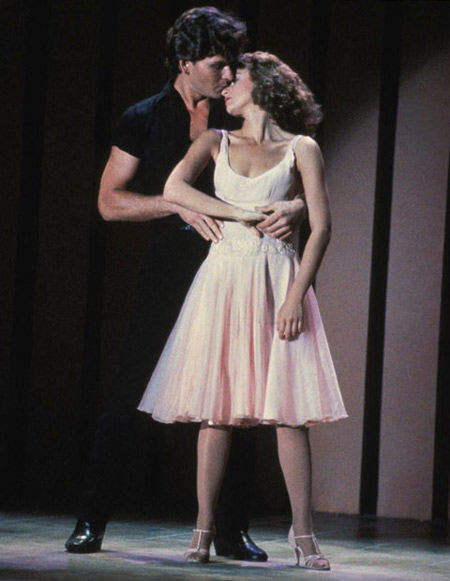 But this is not the best part as you don't have to spend more on the costume as a simple dress and casual tees and pants would do the job. You might want to work out on hairstyles, postures and learn a couple of dance moves.

Based on 1925 novel, the 2013's movie The Great Gatsby recreated the entire mediocre and cliche' love stories and became an inspiration for all the long lost love birds. 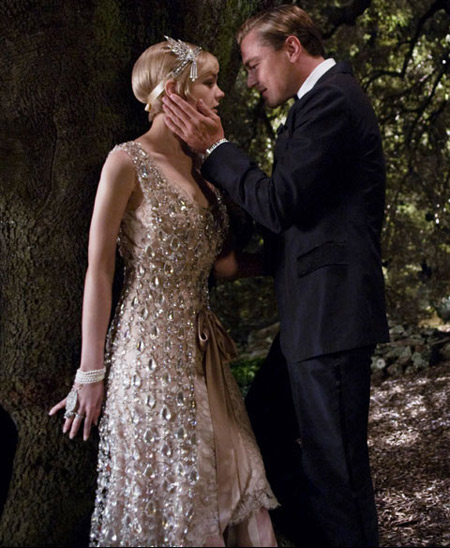 And if you and your partner want to make a lot of impressions and stand out in front of the crowds then this is the best option. To recreate this look, go for glamour in a flashy dress and classic black suit.

If you want to get seriously cinematic then, using the Jack (Leonardo DiCaprio) and Rose( Kate Winslet)  theme, especially the frozen part would definitely take the Halloween costume to the next level. And for props, you can take a crafted door along with you! (Just saying).

And for props, you can take a crafted door along with you! (Just saying). 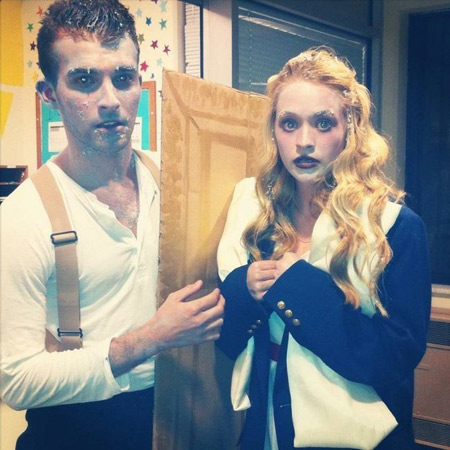 1997's James Cameron movie Titanic is by far one of the most watched romantic movies and it'll definitely be your first choice.

Forrest Gump and Jenny, portrayed by actor Tom Hanks and actress, Robin Wright. This couples costume could be just what you need to be setting yourself apart from the crowd. It's a great way to involve your significant other or even a close friend to be a part of something great, a legendary movie and recreate the moments together.

It's a great way to involve your significant other or even a close friend to be a part of something great, a legendary movie and recreate the moments together. 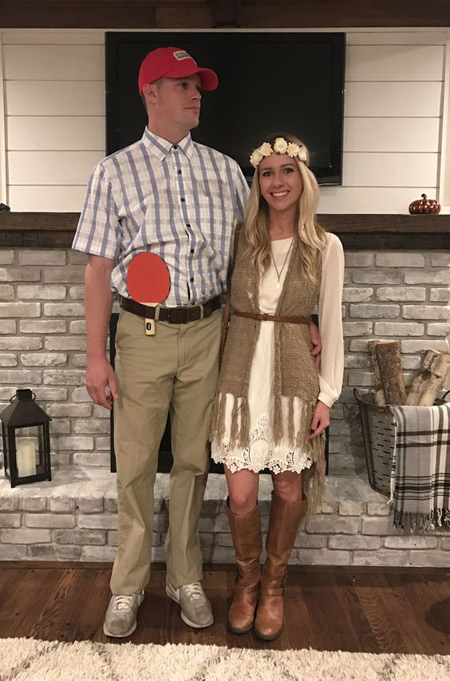 It's easy to create a geeky dorky look wearing an iconic cap and the suit while for Jenny a simple 80's look will go great.

1. Beauty and the Beast

The romantic fantasy film, directed by Bill Condon, under the Walt Disney production, grossed billions. The cast featured Emma Watson and Dan Stevens and their look in the entire movie was much appreciated. That's why it stands out as number one in our list. 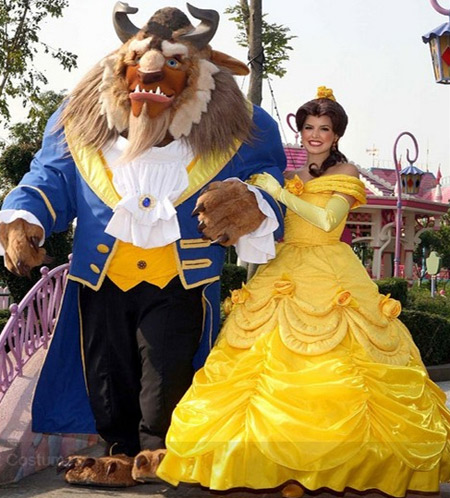 You can get props from anywhere, a giant yellow gown to complete the look and for a beast, you can wear a mask and walk like a pro in the Halloween.

For more ideas and DIY for this Halloween, keep following our page!!!!!!!