Home Article Whitney Alford; Girlfriend of Kendrick Lamar: Is the Couple Married? Know about their Relationships

Whitney Alford; Girlfriend of Kendrick Lamar: Is the Couple Married? Know about their Relationships 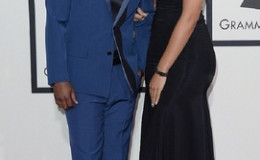 the famous rapper, Kendrick Lamar is engaged with her long time girlfriend, Whitney Alford but is still unmarried.

We keep on listing that the most of the rappers are not serious in terms of the relationships. But Kendrick Lamar is opposite to that he is committed to her long time girlfriend plus current fiancé, Whitney Alford. The couple was together since their high school time.

The couple was together since their high school time. However, they live a very private life. Some sources claim that they are married and some say they are just engaged.

so, what is the real truth?

Most people failed to be in long years of relationship and only a few have guts to be committed. Kendrick Lamar is one of them. He is a relationship with Whitney since a long period of time.

The couple is together since their high school time. Their relationship is such an inspiration for all the people. However, they kept themselves far from the media and audiences.

Before the engagement, Whitney was underground and was always referred as Kendrick's secret girlfriend. After almost decades of a relationship, the couple came together and engaged secretly on 3rd April 2015.

They even kept their engagement private but later on, announced through a radio show, The Breakfast Club where he appeared as a guest and revealed about his relationship with Whitney.

Whitney always supports him in every step of his career. So, Kendrick refers her as a best friend rather than his girl or his love.

''I wouldn't even call her my girl. That's my best friend. I don't even like the term that society has put in the world as far as being a companion- she's somebody I can tell my fears to''.

#KendrickLamar and his fiance #WhitneyAlford at #Beyonce 's #SoulTrain party looking like they jumped right outta 1975!!! I it!! Posted by: @SexceeOnassis

However, though the pair is together for many years they still do not prefer to share their personal life to the world.  Many sites claim that the high school sweethearts have already tied the knot.

Whereas, some claim that they are just engaged So, until the pair themselves does not declare anything about their relationship nothing can be proved. 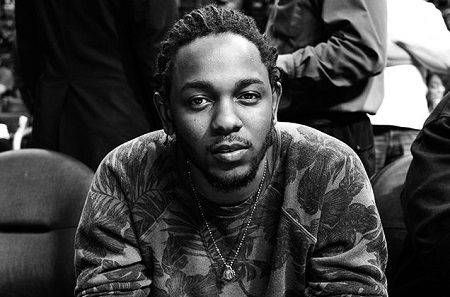