Home Article YouTuber SSSniperwolf Has An Impressive Net Worth. Know More About Her Income Sources, House, And Car

YouTuber SSSniperwolf Has An Impressive Net Worth. Know More About Her Income Sources, House, And Car 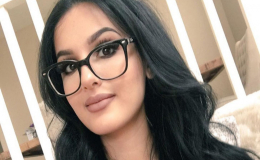 Social Media is one of the most lucrative and widespread platforms that open gate for many Talents. One of those talents who gained success through YouTube is SSSniperwolf.

Alia Lia Shelesh aka SSSniperwolf garnered millions of fans by showing her talents of gaming in her YouTube Channels. The internet star not only is gaining fans but racking in a large sum of money as well. Let's find out in detail about her overall net-worth, including income and Salary.

The YouTuber SSSniperwolf is not in the top ten earning YouTubers like Jake Paul and Jeffree Star, however, she also holds an impressive net worth of $12 million. Check one of her recent video, where she is reacting to funniest fails.

The primary source of income for the star is her YouTube channels. Her primary channel SSSniperWolf has over 16 million subscribers from where she earns $490.5 thousand-$7.8 million yearly.

In addition to that, she also owns another channel, Little Lia, which also has a significant following. The channel has over 1.5 million subscribers and earns $36.9 thousand -$590.1 thousand yearly.

SSSniperwolf's popularity from Youtube is transferred to other social media platforms as well. Her Instagram account sssniperwolf has over 4 million followers and earns $8,500- $14,300 per promotional posts.

As it is a tradition with all content creators,  SSSniperwolf also owns a merchandise line. Her brand is called OG Wolfpack and consists of various clothing items such as hoodies and trousers.

On average, the apparel items cost $20-$45. The cost of the merchandise is similar to Pewdiepie's merch that also ranges from $23-$50.

SSSniperwolf is fond of luxurious cars, and she is especially a fan of  Mercedes.  Recently, she bought Mercedes-Benz G  that costs on average $124,500.

Where we going? 🚗 Ps new video up of me getting this car

The star, in addition, owns white Mercedes S55o that costs on average $149,550.  Soon, after buying the car, it was hit from behind at a light by a drunk driver who fell asleep. She did not suffer any injury; however, the car was damaged and was restored later.

SSSniperwolf who is in off and on a relationship with fellow YouTuber Evan Sausage bought a house in July 2019 in Los Angeles. She did not reveal the price of the home; however, she did provide a house tour on her channel.

The house consists of an air-conditioned wine cellar, a gigantic master bathroom, and a bedroom that overlooks to an incredible backyard. Furthermore, the house contains a heated infinity pool, hot tub, outside bar, and a built-in BBQ.

The median price of a home in Los Angeles is $570,500, and with all the features, the house is sure to be of six-figure.

SSSniperwolf showed what a YouTube career can buy with insane new house tour on July 22, 2019. The house tour kicks off with a glance at Sniperwolf's front door, a massive glass panel that swings on a hinge within the door.

The interior designs of the all-white home are mindblowing with glass walls and massive rooms. Her lavish home consists of a plan living area finish with a massive television set, a huge sofa and easy access to the spacious kitchenette complete with a large fridge stocked full of drinks.

SSSniperwolf showed her viewers how is living with an incredible tour of her new Los Angeles home. Shelesh found incredible success in her career through YouTube. She showed what her loyal fan followers helped her buy in the form of her crazy L.A. pad.

She is not a fan of spending too much money on luxurious items. However, she owns clothes and bags from luxurious brands such as Louis Vuitton, Gucci, Chanel. She mostly buys those clothes when they are in a sale. Check the video of her closet, 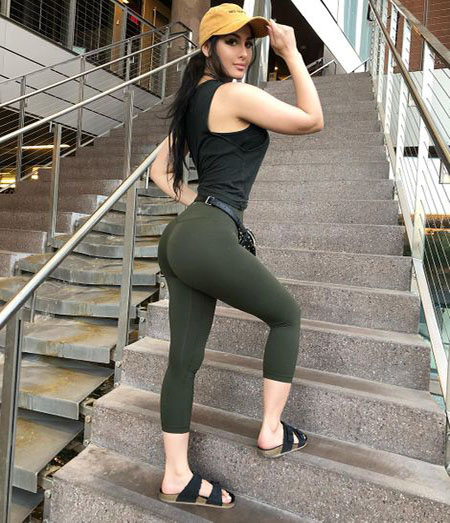