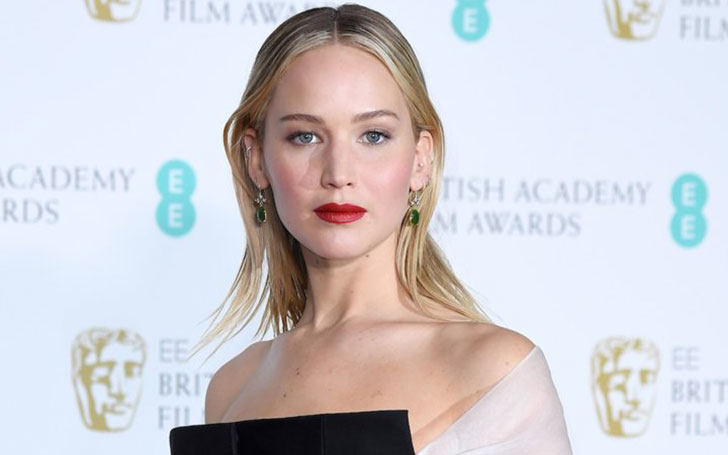 Jennifer Lawrence officially showcased her humongous engagement ring at the Dior Fall/Winter 2019 show. She got engaged a month ago.

Jennifer Lawrence made an appearance at the Dior show at Paris Fashion Week rocking designer wear from her head to toe but one special ingredient in her wear caught the eye of the show's attendees and the cameras as well. 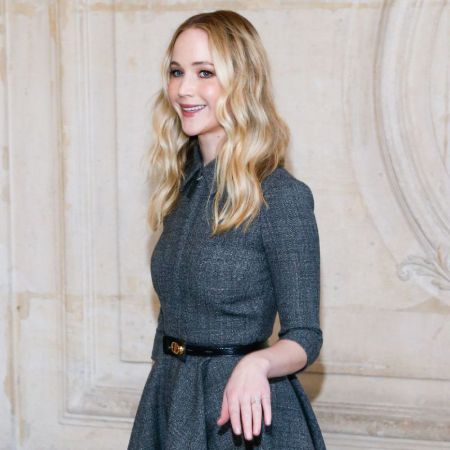 The actress flashed her enormous engagement ring for the photographers at the Dior Fall/Winter 2019 show. In fact, the news of her engagement with Cooke Maroney broke in early February, and this is the first time the world got a sneak peek into the huge bling wrapping her ring finger.

The ring comprises a gigantic emerald stone held together by the thin gold band.

The Hunger Games actress rocked the show with an elegant look featuring a charcoal grey tweed collared skater dress, that belted at the middle to showcase her slim waist.

Don't Miss: Anna Faris is insecure because of the dating rumors of husband Chris Pratt and actress Jennifer Lawrence

Moreover, Dark shades and a stylish black fedora added on her beautiful attire as she arrived at the presentation alongside a star-studded crowd.

The Silver Lining Playbook actress and model Cara Delevingne were having a blast as they laughed, joked and chatted away while sitting on the front row before the show started. 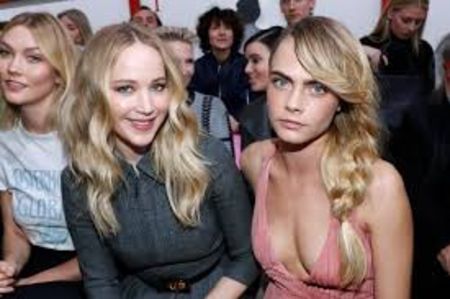 Jennifer and Cara bonded while sitting in the front row
SOURCE: etonline.com

A rep for the actress confirmed to PEOPLE last month that the actress and Cooke Maroney were officially taking the next step in their relationship after less than a year of dating.

Maroney works in the New York art scene and reportedly is a director at Gladstone 64, the Gladstone Gallery’s Upper East Side location in the famed Edward Durell Stone House.

Prior to the engagement, Lawrence dated director Darren Aronofsky for over a year. She also had a relationship with Nicholas Hoult before splitting in 2014.