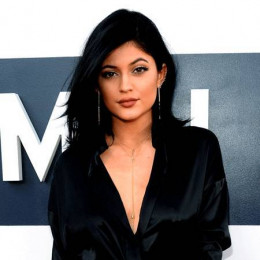 An American beautiful and gorgeous reality television personality and model, Kylie Jenner who is widely known for her appearance on "Keeping Up with the Kardashians".  She is also well-known as the youngest self-made billionaire.

Kylie Jenner is not married yet but she is off the market. The star is currently in a relationship with American rapper, Travis Scott. The couple first met at teh Coachella Vallet MUsic and Arts Festival.

The couple moreover has a child, a daughter Stormi Webster. Their kid was born on 1st February 2018. In August 2021, it was reported that Jenner and Scott were expecting their second child. And, September, weeks after the rumors, Jenner finally confirmed she was indeed expecting a second child with Scott.

Kylie Jenner has the net worth of $1 billion. In 2018, she became the youngest self-made billionaire.

Jenner bought a $2.7 million house in California and on her 18th birthday.

The star moreover went to Sierra Canyon School where she was a member of the cheer-leading team. Besides, in her modeling career, she has worked as a runway model for Forever 21's Hello Kitty line.