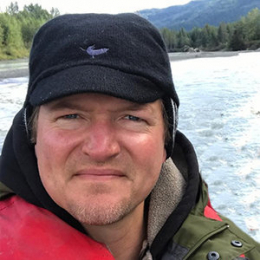 Atz Lee Kilcher is an American Reality TV star who gained popularity when he appeared in the Discovery Channel show "Alaska: The Last Frontier" alongside his family members. The show is a fan-favorite and is able to run for eight seasons.

The reality TV star Atz Lee Kilcher's life is televised in the reality TV show "Alaska: The Last Frontier." Is his life same as portrayed on screen or are there other facets of his life that are still unknown? 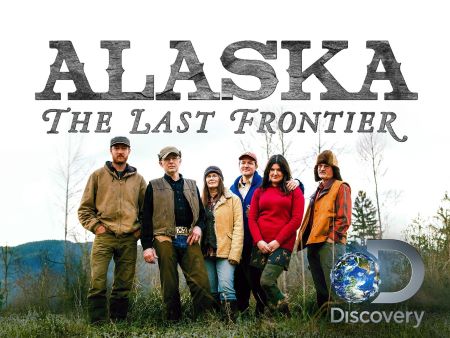 Atz Lee Kilcher in the Promotional Picture of his show. SOURCE: TV Guide

Atz Lee Whole Family is part of a reality show.

Atz Lee is the son of Atz Kilcher and his first wife, Leandra Carroll. His siblings are Grammy Award-nominated singer Jewel Kilcher and Shane Kilcher. The star furthermore has a half-sibling Nikos Kilcher from his father's second marriage to Bonnie Kilcher-Dupree.

Atz's uncle is Otto Kilcher and aunt is Charlotte Kilcher. So, he is a cousin to Eivin Kilcher, who is married to Eve Kilcher.

Most of his family members are part of the reality TV show "Alaska: The Last Frontier." The show documents their living at the homestead without modern amenities such as advanced heating or plumbing. Also, the family tries to prepare for long winters of Alaska by sustenance farming.

Atz Lee Found the love of his Life Second Time Around.

Atz Lee Kilcher is happily married to a former commercial fisherwoman Cristina Jane Kilcher since 2005. She also appears in the Discovery's reality show alongside her husband. She mostly performs works like gardening, cooking, fishing in the homestead. 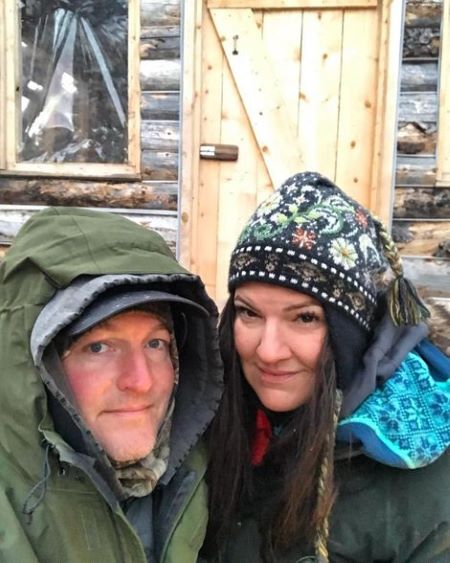 Well, it is not known how they meet, or their romance began, but they sure are attracted to one another by their interest in music. Jane further is an accomplished musician who can play the piano, cello, and guitar. Similarly, Atz Lee can play upright bass, harmonica, guitar, and other musical instrumentals.

The details of their marriage are also not available. However, it is known that they got married at the Head of Bay, Alaska, in the presence of close friends and family.

They further are married for over a decade, and the love & commitment for one another is stronger than ever. They renewed their vows on the Valentine day of 2016 after a challenging year in 2015.

The marriage ceremony was kept a secret from Jane and the whole Kilmer family participated in the wedding preparations. The wedding was telecasted in a special episode of their reality show.

In 2017, rumors of divorce between Atz Lee and his wife started but the couple was quick to quash all those suggestions. He posted a picture of his beautiful wife of Instagram, captioning "My Lovely Fisherwoman'".

My lovely fisherwoman @janekilcher Getting the job done! 200 lb halibut makes a lot of good eats.

“My husband and I are still in love and he’s right next to me in case you think different! Lol”

There is no doubt the reality Tv star couple relationship is going smooth. Furthermore, Jane support during her husband injuries is proof that they are together in this relationship in both good and bad days.

Atz Lee Had a Failed Marriage in the Past.

Kilcher and his spouse both had failed marriage in the past. Atz Lee was previously married to Nantia Krisintu. They are parents to the son Etienne Kilcher who was born on 12th May 2001. The 18-year-old graduated from high school in May 2019. 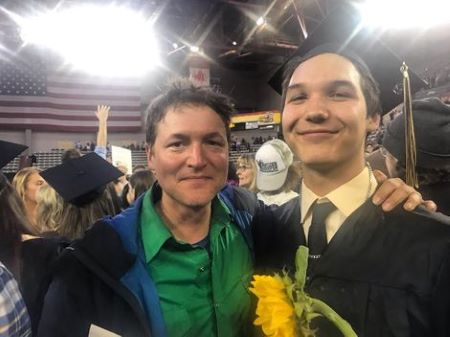 Jane similarly was previously married to Dicran Kassouni. They share a daughter Piper Isolde Kassouni who was born on June 4, 2003.

Children Kept away from the Limelight

Atz Lee and his life partner Jane appear in the reality show, however, the children are yet to make its official debut on the show. Many fans were curious about the reason for their disappearance from the show.

Jane explained the reason through her social media. She stated that the children are not interested to be part of the show.

It is not like they are totally not present on the show. They appeared in the pilot episode of the show back in 2011. Piper did not appear since then but Etienne has appeared in the show few times. He is seen doing chores at the homestead in the background; however, he is not introduced as a cast in the show.

The reality star got injured on 10 August 2015 while camping with his friend Mike Shulman in an area of Otter Cove in Kachemak Bay.

It was getting dark as they were hiking because of which he lost Mike. When searching for his friend, he fell off a clip. He suffered from multiple injuries, several broken bones, and two punctured lungs.

The star went through four surgeries and got recovered within a year. He explained his accident later on the show.

Check out the video below where Atz Lee is explaining his Injuries.

Atz Lee was once Charged by Police

In 2015, the skilled hunter alongside his wife and the production company of the reality show was charged with a misdemeanor hunting violation. The charges were bought in when Kilchers used a helicopter to reach the scene of the bear hunt.

Under Alaska law, it is illegal to use a helicopter at any part of the hunting. Even transporting hunters, hunting gear or unprocessed prey to or from the field with a helicopter is illegal.

Atz Lee and his wife pleaded not guilty and the charges against them were dismissed. However, the production company was asked to pay a fine of $17, 500.

The Star is Connected to the Fans.

Kilcher may be living in the remote parts of Alaska, but he is still connected to the fans through social media. He is active in both Instagram and Twitter and regularly posts pictures of his family and his daily activities.

Atz Lee Kilcher is a part of a sucessful reality show. He furthermore lives a simple lifestyle with few Luxury. So, he must have accumulated decent net worth. 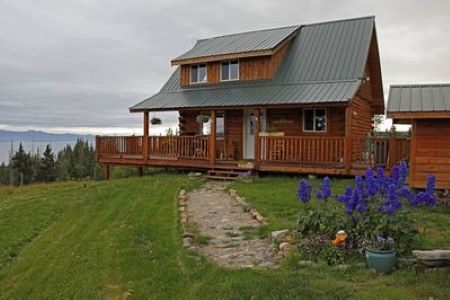 The star is a Millionaire

The experienced hunter Atz Lee Kilcher's total net-worth is $2 million. He earned the large portion of his wealth from his reality show "Alaska: The Last Frontier". The salary of the cast member of the show is $7,000-$10,000 per episode.

Atz Lee sister, Jewel is an accomplished singer-songwriter, musician, and producer. Her overall net worth is $30 million. She regularly supports charities such as Higher Ground for Humanity, Project Clean Water and ReThink: Why Housing Matters initiative. 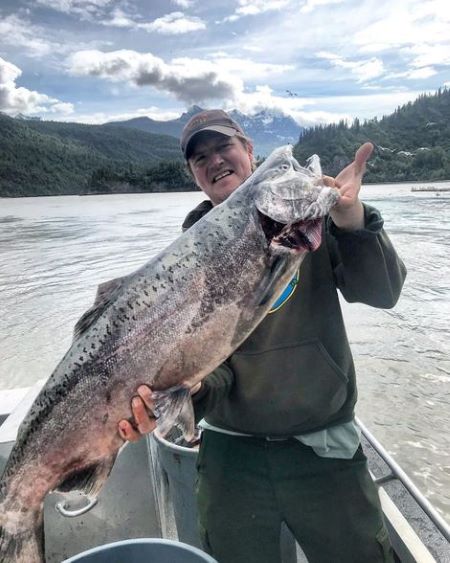 Atz Lee with the fish he Captured. SOURCE:

Jane Kilcher is an Alaskan native who married Atz Lee Kilcher. She is a commercial fisherman who now does fishing only for her family.

Nantia Krisintu is the first wife of reality Tv star Atz Lee Kilcher. They share a son together. The details of their marriage and divorce are not available.

Etienne Kilcher is the son from Atz Lee Kilcher first marriage to Nantia Krisintu. He has a step-sister Piper from his father second marriage.