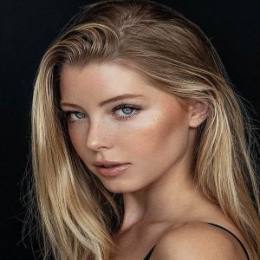 Baskin Champion is a young model who is making her mark in the fashion industry. She is a brand sweetheart not only because of her beauty but also due to her upbeat personality. The Alabama native even won Miss Alabama Teen USA in 2014.

The young model, Baskin Champion, is currently single and is focused on building her career. Moreover, she is not linked to anyone at present. 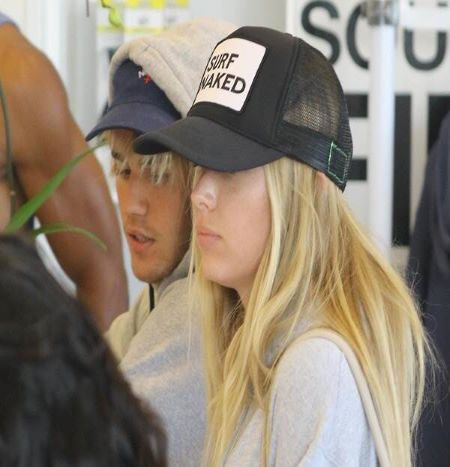 Baskin, however, was rumored to be dating Justin Bieber in 2018. The rumors started when she was seen with Justin on multiple occasions. First, she was spotted with Justin at the Craig David concert, and a few days later paparazzi clicked her at Soul Cycle class with Justin.

Neither of the party confirmed the rumor, however, the rumors seemed to bear some truth as Baskin's younger sister Abby Champion was dating Justin's close friend Patrick Schwarzenegger at the same period. Furthermore, at that time, Justin was taking time off from his on and off relationship with Selena Gomez.

The romance did not last long, and soon, the rumor mill became abuzz with the news of their breakup. Their relationship lasted only for two months, and the break up was amicable. Later, they remain in the proper terms.

Justin, after a month or so from the breakup with Baskin, got engaged to Hailey Baldwin with whom he eventually got married.

What is Baskin Champion's Overall Net-worth?

i still can’t believe its finally here! “the baskin” bra available on @setactivewear

Baskin, furthermore, has modeled for famous brands such as Frankie's Bikinis, Hollister and Tommy Hilfiger. The salary of a model for Hollister is $8-10 per hour and $34.8 thousand - $57.6thousand per year.

Baskin also is a beauty pageant winner who won the title of Miss Alabama Teen USA in 2014. Through that contest, she earned $5,000 scholarship money.

Baskin Champion was born on July 1, 1995, in Birmingham, Alabama. Her nationality is American, and she is of White Race. Her birth sign is Cancer. Moreover, her father name is Greg Champion and mother is Laura Champion.

how josh feels about being left out of @abbychampion photo

Champion has an elder brother named Josh Champion, a younger sister named Abby Champion and also a young brother Luke Champion. Her sibling is also a model by profession. She is close to all of her three siblings and regularly posts pictures of them on Instagram.

Champion besides completed her high school education from Birmingham Community Charter High School. She later joined Auburn University to get a degree in Apparel Design but took some time off to focus on modeling. However, she returned to college in 2015 and finally graduated in 2018.